This was one of the first films I ever saw. Between this film and Sabrina (my favorite Audrey film) for the longest time the only classic actresses I gave a hoot about were Audrey and Vivien Leigh in Gone With The Wind. I’m talking about me at the age of 6 and 7. Also, because of this film I fell hard for Gregory Peck. He is so gorgeous and so charming in this film. The film was nominated for ten Academy Awards, winning three: Best B&W Art Direction, Best B&W Cinematography, Best B&W Costume Design (won), Best Film Editing, Best Writing – Screenplay, Best Writing – Motion Picture Story (won), Best Supporting Actor Eddie Albert, Best Actress Audrey Hepburn (won), Best Director and Best Picture. The other films up for Best Picture that year were Julius Caesar, The Robe, Shane and winner From Here To Eternity. 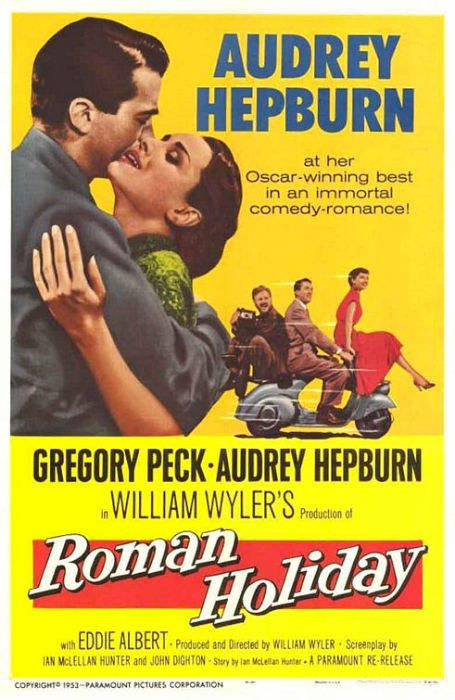