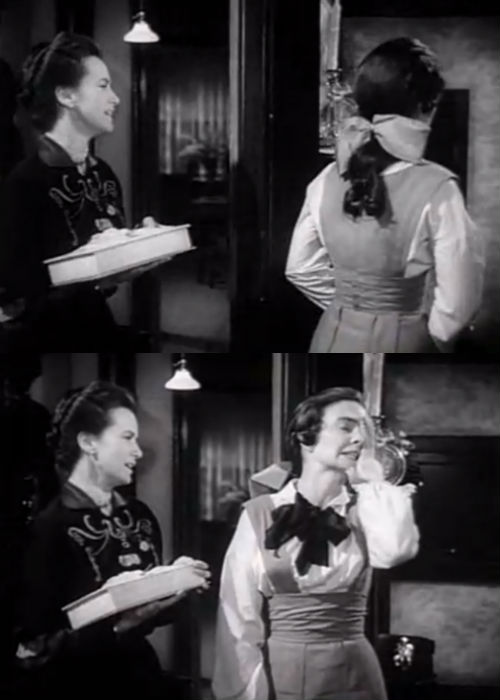 Annie Jones: Ruth, why don’t you give up this going on the stage business and settle down with a nice man?
Ruth Gordon Jones: Oh, mama, don’t be disgusting! 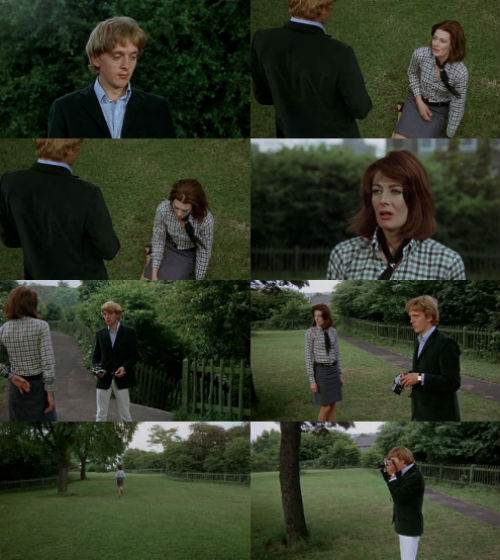 The Warner Archive recently released a triple feature – all on one disc – of some rare Boris Karloff films from the 1930s. While these may not be the greatest films, they are definitely must-haves for Karloff enthusiasts and are interesting in that they feature Karloff in non-horror films. The set includes two films directed by John Farrow: West of Shanghai (1937) and The Invisible Menace (1938), as well as William Clemens’s Devil’s Island (1939).

END_OF_DOCUMENT_TOKEN_TO_BE_REPLACED 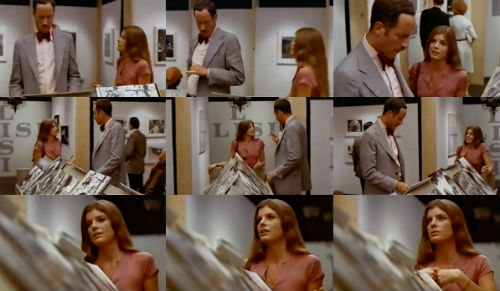 Joanna Eberhart: Am I crazy? Aren’t they good? Please say something. I don’t care. No, I do care. Don’t say anything bad.
Mr. Atkinson: These are, um, really quite good.
Joanna Eberhart: You’re not just saying that be cause you’re frightened I, I might be a crazy lady?
Mr. Atkinson: Clearly you are a crazy lady, but clearly again, these are nice.
Joanna Eberhart: Wait a minute. You said ‘Good’. ‘Really quite good’ you said. ‘Good’ is better than ‘nice’. You’re not changing your mind, are you?
Mr. Atkinson: No, the results are lovely. Don’t get upset again. ‘Lovely’ is better than ‘good’. But, um, what fascinates me is: What is it you want from it all? Do you know?
Joanna Eberhart: I want – somewhere, someday, someone to look at something and say ‘Hey, that reminds me of an Ingalls’. ‘Ingalls’ was my maiden name. I guess I want to be remembered.
Mr. Atkinson: Yes, don’t we all?

Believe it or not, the Irwin Allen produced The Towering Inferno was not only nominated for eight Academy Awards, it won three of them. This star-studded ensemble disaster flick was not the first of its kind, but it is definitely one of the best. I remember when I first watched it, I was dubious of its merit and wondered about its Oscar pedigree, but in the end, I was sucked in by it and entertained from start to finish. If you look at a lot of the other Oscar nominated films from 1974 – and the 70s in general – The Towering Inferno is like a breath of fresh air made of pure entertainment. I hate the notion that Oscar nominated films need to be serious or arty or what have you. This is cinema in all its glory. The Towering Inferno’s Oscar nominations were as follows: Best Sound, Best Art Direction, Best Cinematography (won), Best Film Editing (won), Best Original Song (won), Best Original Dramatic Score, Best Supporting Actor Fred Astaire and Best Picture. The other films nominated for Best Picture that year were Chinatown, The Conversation, Lenny and winner The Godfather Part II. 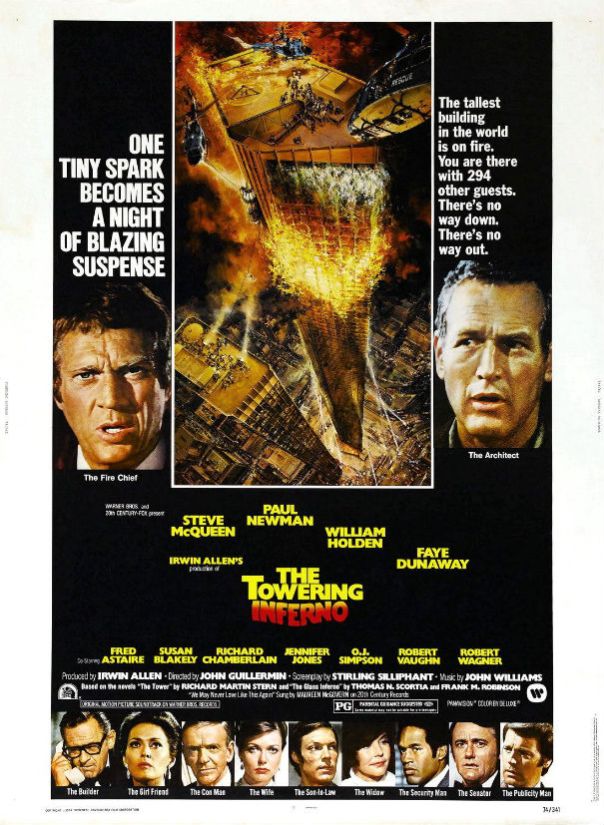 END_OF_DOCUMENT_TOKEN_TO_BE_REPLACED

I know a lot of you have said you wished you could watch a movie with me, but unfortunately we’re spread all over the globe. Luckily for you, I may have somewhat of a solution. I have been working with Milyoni, home of what they call Social Cinema, and have “curated” several films for them. You can find some of the films I have hosted here on Facebook. The first two films available are Carnival of Souls and the original version of The Little Shop of Horrors. More films will be added throughout the week. 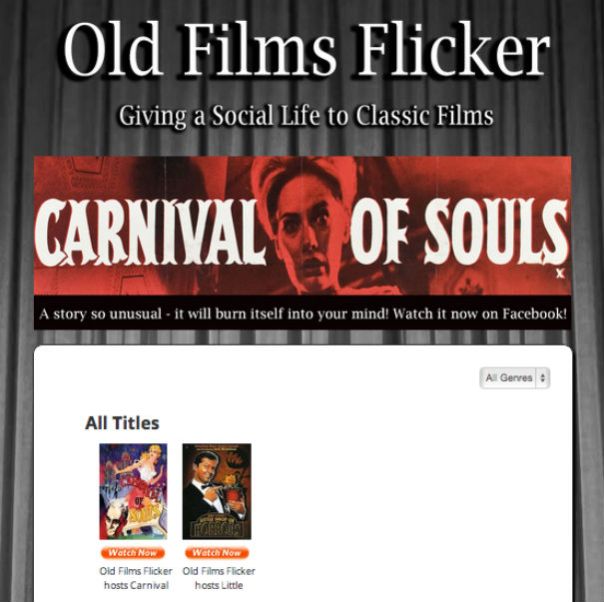 What’s wonderful about Milyoni’s Social Cinema is it lets you interact with the film’s history, as well as with me as a viewer. As you watch the film, you will see facts about the making of the films and the filmmakers, as well as a running commentary by yours truly. I’d love it if you gave it a try and I’ll keep you updated as films get added! 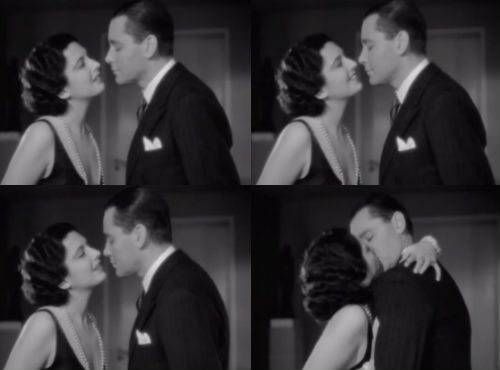 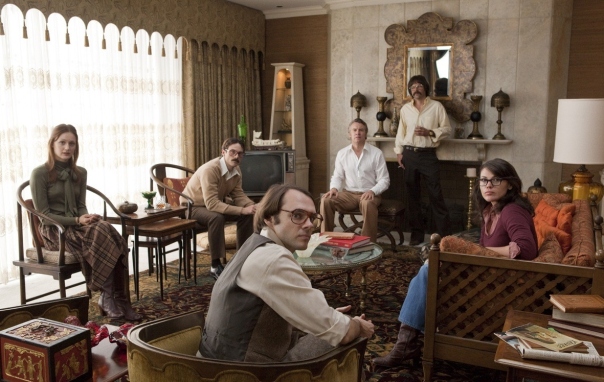 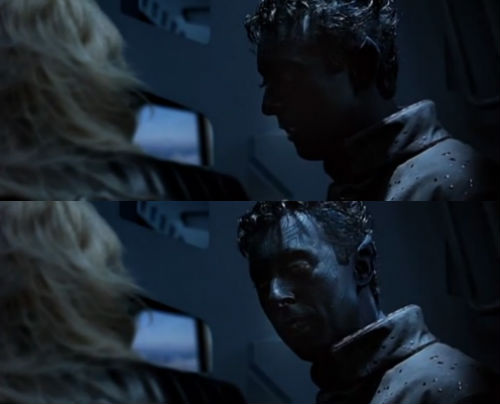 Nightcrawler: You know, outside the circus, most people were afraid of me. But I didn’t hate them. I pitied them. Do you know why? Because most people will never know anything beyond what they see with their own two eyes. 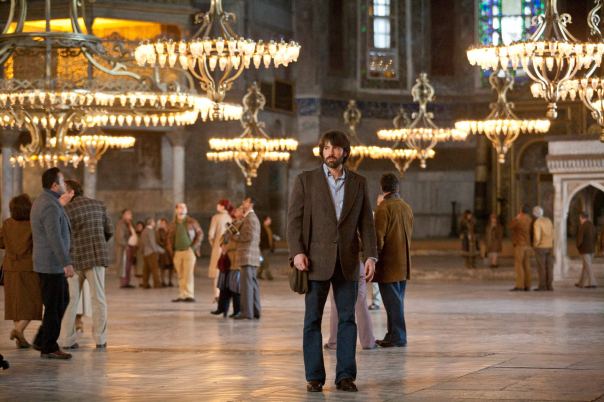