← Movie Quote of the Day – Only You, 1994 (dir. Norman Jewison)
New International Poster For “Black Swan” →

Heaven Can Wait is one of my favorite romantic comedies, though I don’t really want to box it into that genre. It’s more than just a run-of-the-mill rom-com. It’s a meditation on life and love and the pursuit of happiness. It’s also a little bit sci-fi and a little bit sports. Basically, it’s a mix of a lot of great things all in one perfect 101 min film. It lost to The Deer Hunter and I’m not even going to try to argue that that was the wrong choice, because I don’t think it was. The Deer Hunter was definitely the right choice; I just really love Heaven Can Wait and feel like not nearly enough people have seen it. It was nominated for nine Academy Awards, including Best Original Score, Best Cinematography, Best Art Direction (won), Best Adapted Screenplay, Best Supporting Actor Jack Warden, Best Supporting Actress Dyan Cannon, Best Actor Warren Beatty, Best Director and Best Picture. It was up against Coming Home, Midnight Express, An Unmarried Woman and winner The Deer Hunter. 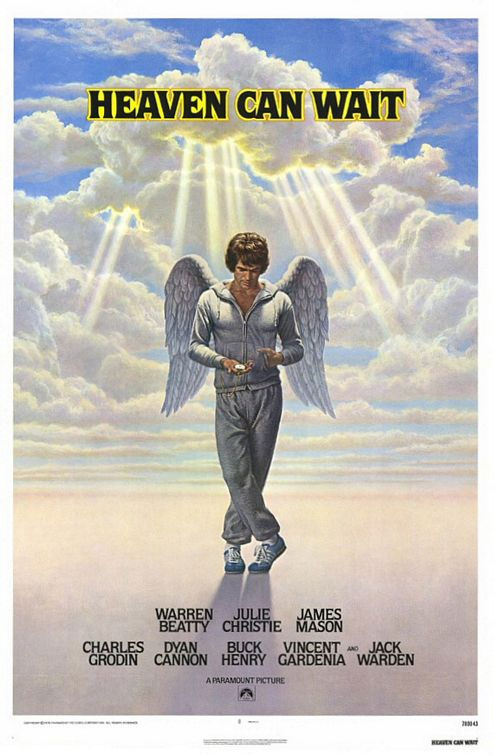 This film is a remake of the 1941 film Here Comes Mr. Jordan and has nothing to do with 1943 film Heaven Can Wait, just so you’re not confused. Actually, this story has been brought to the silver screen a few other times, too. This includes a 1983 adult film called Heaven’s Touch (it’s Swedish apparently) and the 2001 Chris Rock film Down To Earth. I’ve actually not seen the original film, but I have seen the Chris Rock one and it’s not all that bad, surprisingly. But this version is far superior. 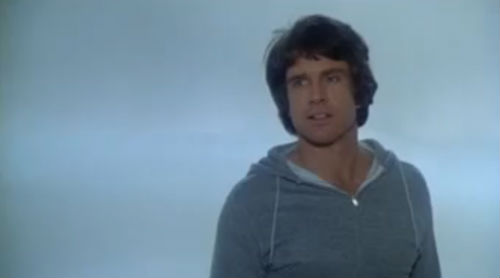 This film accounts for four of Warren Beatty’s whopping 14 competitive Academy Award nominations (he only won once, Best Director for 1981’s Reds, as well as the Irving B. Thalberg award in 2000). He was nominated for Best Actor, Director (along with Buck Henry), Screenplay and Picture for his work on Heaven Can Wait, making him among an elite few to get nominated for all four awards for one film. What’s more, Beatty accomplished this feat twice, being nominated in those four categories again three years later for Reds. Beatty was also nominated for Best Director (with Henry) by the Director’s Guild of America; He would later win the award for 1981’s Reds. He was also won Best Adapted Screenplay from the Writer’s Guild of America. He won Best Original Screenplay at the WGA twice (for 1981’s Reds and 1975’s Shampoo) and was nominated for 1998’s Bulworth. Lastly, he won the award for Best Actor in a Comedy at the Golden Globes (the film also won Best Musical or Comedy). Beatty has been nominated for 11 competitive Golden Globes, winning three, as well as receiving the Cecil B. DeMille Award in 2007. I really love Warren Beatty in this film. Apparently, Beatty originally wrote the role of Joe Pendleton for Muhammad Ali (the character is supposed to be a boxer), but when Ali’s schedule wouldn’t permit him to do the film Beatty re-wrote it to be a football player and cast himself. I’m sort of glad he did. This is really one of his most charming and sincere performances. If you’re a Beatty fan it’s a must-see and if you’re not a Beatty fan it might just make you one. 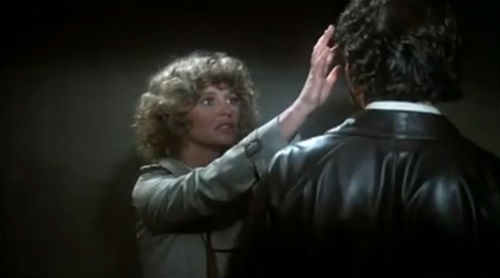 I will admit I am not the biggest Julie Christie fan, but she is quite wonderful in the role of Betty Logan, the activist who soon finds herself falling in love with Joe, who himself is in the body of the recently deceased Leo Farnsworth. What’s so wonderful is the natural chemistry between Beatty and Christie (I believe the two were an item at the time). The very end of the film, which I won’t give away here for those of you who haven’t seen it, is so beautifully touching and some of Christie’s best acting ever.

James Mason always gives me the creeps (I blame Kubrick), but he is quite wonderful as Mr. Jordan (possibly an angel?) who discovers that Joe’s time was not actually up and comes up with the idea to put him the recently deceased, and elderly Farnsworth, until a more suitable one becomes available. Mason pops in and out of the story and, like Christie, has wonderful chemistry with Beatty. Really, it seems, everyone in the cast meshes so well together, making this film one of my favorite cinema ensembles. Mason was nominated for Best Supporting Actor by the Academy of Science Fiction, Fantasy & Horror Films for his performance. 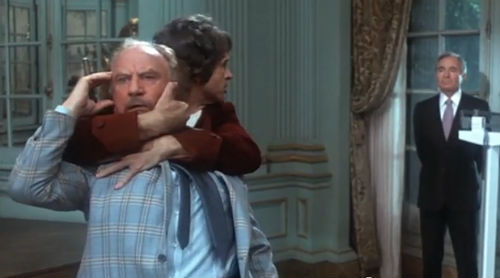 Jack Warden is such a great actor and as Joe’s friend and trainer Max Corkle, he shows both great depth and great comic timing. Max is the only (living) person who knows that Farnsworth is really Joe. The scene in which Joe convinces him of this fact is one of my favorites in the film. Warden received his second Academy Award nomination for Best Supporting Actor for his performance in this film; his first was for 1975’s Shampoo, which was co-written by Beatty and Robert Towne (and directed by Hal Ashby). 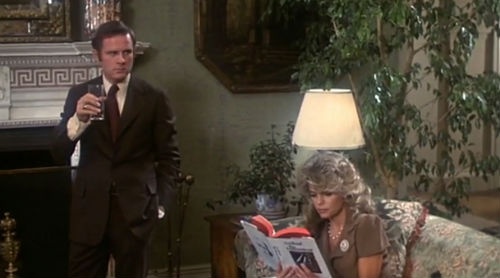 Charles Grodin is great as Farnsworth’s conniving personal secretary Tony, who is not only sleeping with his wife but also plotted to kill him. The sub-plot between Tony and Julia (played by Dyan Cannon) wherein they’re trying to figure out why Farnsworth is not dead is responsible for some of the film’s greatest laughs. 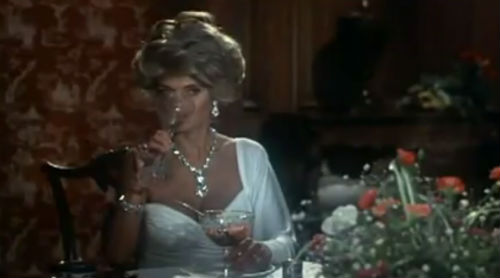 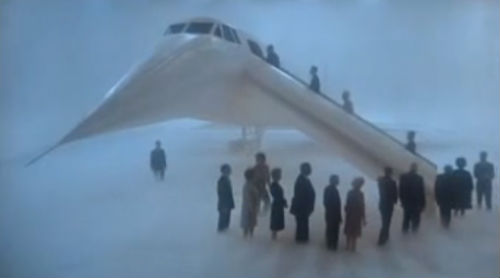 Lastly, I wanted to talk about the film’s Academy Award-winning art direction. Mostly, I just love the scenes based in the loading area to (presumably) Heaven. The art direction was done by Paul Sylbert, Edwin O’Donovan, George Gaines. This is the only nomination/win for Sybert who had previously worked on One Flew Over The Cuckoo’s Nest and The Drowning Pool. O’Donovan, who had also worked on those films, was nominated again for 1992’s The Prince of Tides. Gaines, however, has been co-nominated four times, winning twice. The other films he was nominated for include 1975’s Shampoo, 1976’s All The President’s Men (he and co-designer George Jenkin’s won) and 1985’s The Cotton Club.

← Movie Quote of the Day – Only You, 1994 (dir. Norman Jewison)
New International Poster For “Black Swan” →