These are not too shocking, except for the addition of I Love You Phillip Morris in the Best Adapted category. Glad the WGA is giving that film so much due love. This would be more exciting if it weren’t for all the major Oscar contenders that the Writers Guild disqualified. 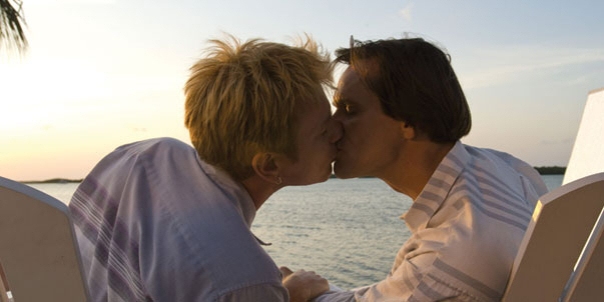 The Kids Are All Right, Written by Lisa Cholodenko & Stuart Blumberg; Focus Features

127 Hours, Screenplay by Danny Boyle & Simon Beaufoy; Based on the book Between a Rock and a Hard Place by Aron Ralston; Fox Searchlight

I Love You Phillip Morris, Written by John Requa & Glenn Ficarra; Based on the book by Steven McVicker; Roadside Attractions

The Social Network, Screenplay by Aaron Sorkin; Based on the book The Accidental Billionaires by Ben Mezrich; Sony Pictures

The Town, Screenplay by Peter Craig and Ben Affleck & Aaron Stockard; Based on the novel Prince of Thieves by Chuck Hogan; Warner Bros.

Posted on January 4, 2011, in Precursors, WGA and tagged I Love You Phillip Morris, WGA. Bookmark the permalink. 4 Comments.