I’ve been reticent to discuss 1996 because my all-time favorite film came out that year: The English Patient. In fact, it won Best Picture. So in my eyes, Oscar got it very right that year. That being said, there is a film that came out in 1996 and was nominated for Best Picture that I absolutely adore. I saw Jerry Maguire in theaters when I was ten and loved it and as soon as it came out on VHS (remember, this was nearly 15 years ago) I bought it and watched it over and over and over. I  have seen this film so many times I have every line of dialogue and every little nuance of every performance memorized. The film was nominated for five Academy Awards, winning one: Best Editing, Best Original Screenplay, Best Supporting Actor Cuba Gooding, Jr. (won), Best Actor Tom Cruise and Best Picture. The other films nominated that year were: Fargo, Secrets and Lies, Shine and winner The English Patient.

Like I said in my Auteur of the Week post on Cameron Crowe, he probably had the greatest influence on my music taste, more than anyone I knew in real life. His soundtrack for this film is pure gold, from Tom Petty’s Free Fallin’ to Bob Dylan’s Shelter From The Storm to Bruce Springsteen’s Secret Garden. Absolutely perfect. 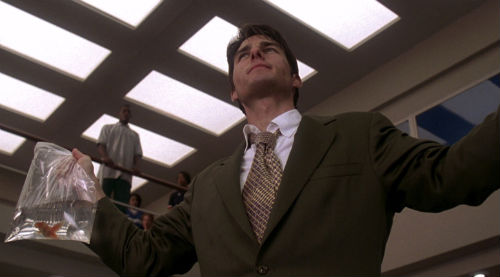 Tom Cruise was born to play this part. Funny, since Crowe originally had Tom Hanks in mind for the role. I cannot even fathom that casting. Maybe in the original script it would have worked, but Cruise took this role and made it his own. I absolutely cannot imagine anyone but him as Jerry Maguire. He’s charming, he’s fun and he’s just a little bit crazy. This is my favorite of Cruise’s film roles and one of my favorite Best Actor nominees from the last twenty years. This was Cruise’s second of three Oscar nominations (the first was for Best Actor for 1989’s Born on the Forth of July and the third was Best Supporting Actor for 1999’s Magnolia). He lost the award to Geoffrey Rush in Shine.

Cuba Gooding, Jr. is a revelation as Rod Tidwell. There is so much verve and life in this performance, it’s no wonder he won Best Supporting Actor for his effort (and gave one of the most memorable acceptance speeches ever.) It’s a shame the only really great role he had after this was the very next year in James L. Brooks’ As Good As It Gets. 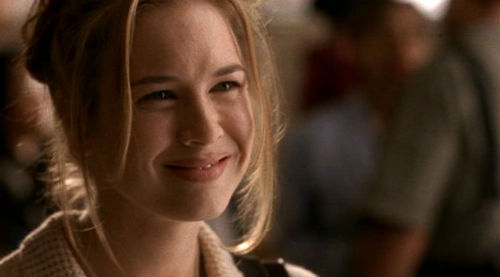 Although Renée Zellweger made her film debut four years earlier, this film was her true breakout role. I like her performance as Dorothy. She’s a bit vulnerable, at times cute, but always serious when it comes to her son. Zellweger would go on to be nominated for three Academy Awards, winning one: Best Actress Bridget Jones’s Diary (2001), Best Actress Chicago (2002), Best Supporting Actress Cold Mountain (2003, won) 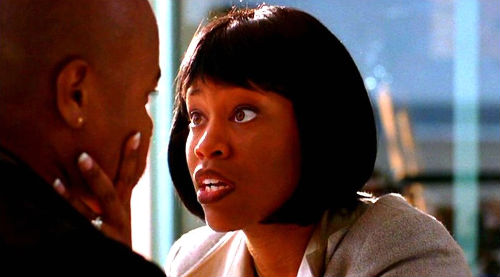 You can’t talk about Jerry’s significant other without mentioning Rod’s, played by the exquisite Regina King. She matched Cuba Gooding Jr.’s energy pitch for pitch. She also has some of the funniest lines in the entire film. I wish she had also received an Oscar nomination for this role.

Jonathan Lipnicki’s performance as Dorothy’s son Ray was lauded as one of the most precocious child performances ever. I wouldn’t say it’s a “great” performances, but it sure is damn cute. My favorite scene with him is the one when he and Jerry are just sitting in Dorothy’s living room and Ray so desperately wants to go to the zoo and, frustrated, Jerry says “the fucking zoo is closed, man.” The child’s reaction is priceless.

Kelly Preston plays one of my all-time favorite bitches in this film as Jerry’s ex-fiance Avery. She oozes sexuality and power, a perfect distillation of the Ally McBeal-type working woman of the 90s. Maybe Avery is a bit of a cliché, but with Preston playing her with such fire and exuberance, who cares?

Lastly, I wanted to talk about Bonnie Hunt. I love Bonnie Hunt. She always plays the older sister or the wise best friend. I would say it’s a shame she doesn’t often get to play lead roles, but she is just so damn good in these character parts that I almost don’t want her to do anything else. And for the record, she’s had three different television shows in the last fifteen years (two sitcoms and a talk show). She is fabulous as Dorothy’s overprotective older sister Laurel. There’s this one scene were Dorothy is telling her that Jerry has just lost his big client and he’s coming over. Laurel is concerned, but Dorothy says it’s just business. Laurel then says, “Well, he better not be good-looking.” The scene then cuts to her opening the door for Tom Cruise. The look on her face says more than words ever could.