Joel and Ethan Coen’s 14th feature film was also their third  film (out of four) to be nominated for Best Picture (1996’s Fargo was the first, 2007 Best Picture winner Now Country For Old Men the second, 2010’s True Grit the fourth). It’s also probably the most insular of their films; those who love it really love it, but many who saw it just couldn’t relate. The setting of the film,  St. Louis Park, Minnesota in the late 1960s, adds a slight autobiographical element to the film and its plot deals heavily with Jewish mysticism and spirituality. The film was only nominated for two Academy Award, winning none: Best Original Screenplay and Best Picture. The other films nominated for Best Picture that year were: Avatar, An Education, District 9, Inglourious Basterds, Precious, The Blind Side, Up, Up In The Air and winner The Hurt Locker. 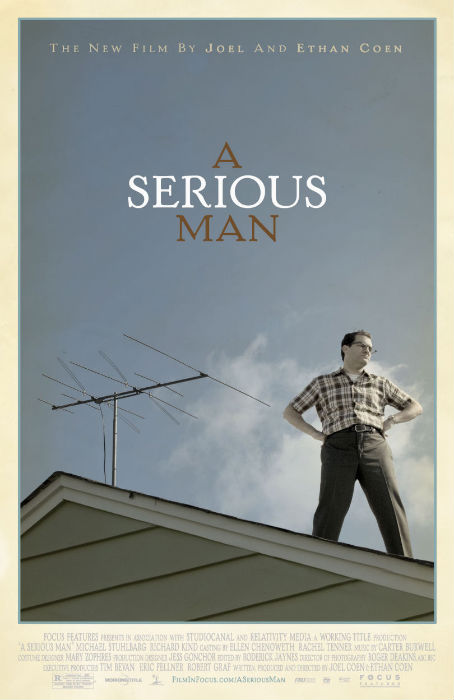 I’ve seen this film a few times now and every time I watch it I love it just a little bit more. I can see, though, why many a person wouldn’t be able to relate to the story, or even the humor for that matter. What is undeniably universal is the amazing performances from the ensemble cast, and its lead Michael Stuhlbarg in particular. 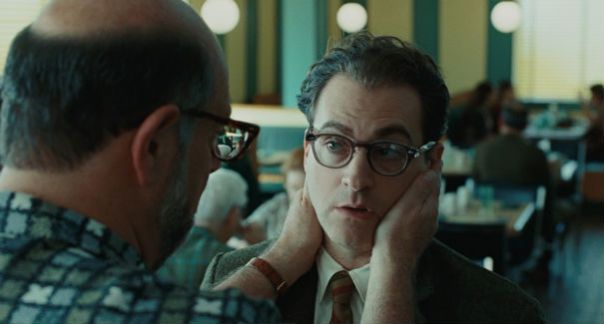 Michael Stuhlbarg received several nominations for his performance as Larry Gopnik, the film’s protagonist, including a Golden Globe for Best Actor in a Comedy. I will forever say that Stuhlbarg should have gotten an Oscar nomination as well (I’m sorry Morgan Freeman, but your performance as Nelson Mandela was nowhere near as great as Stuhlbarg in this and you know it!). A virtual unknown at the time, Stuhlbarg had been working in theaters for years before auditioning for the prologue part of the film. He was called back several times and eventually won the lead role. Stuhlbarg is both absolutely hilarious throughout the film, but also delightfully perplexed and at times harrowing and somber. This is really an actor’s role and Stuhlbarg’s performance is nothing short of brilliant. 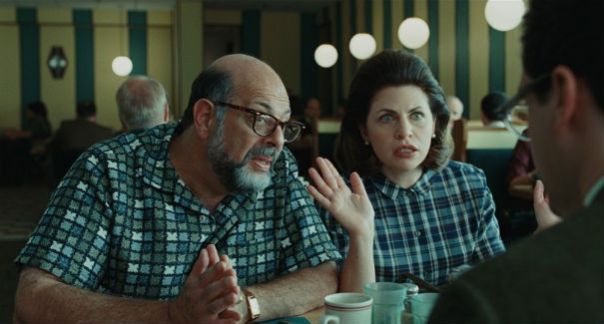 Sari Lennick as Larry’s wife Judith  and  Fred Melamed as Sy Ableman, her lover, are also remarkable in the film. Lennick in particular is so completely believable in the role, it doesn’t for a minute seem like she’s acting.  Melamed is wonderfully snide as Larry’s rival and perfectly zany when he appears in Larry’s nightmare towards the end of the film.

It’s a shame Jessica McManus wasn’t given more screen time in the film, because he performance as Larry’s teenage daughter Sarah is one of my favorite aspects of the film. Though she’s your typically selfish teenage girl, McManus creates a character that you actually love for her selfishness. 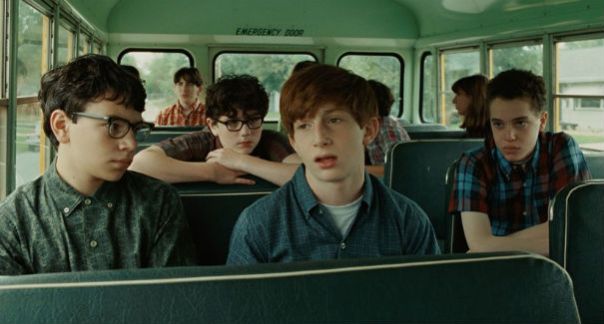 A major subplot in the film features Aaron Wolff as Larry’s son Danny, who owes a bully twenty dollars for marijuana, but hid the money his transistor radio, which gets confiscated by a teacher. Wolff, who,  if I remember correctly, had never made a film before, is particularly compelling. I hope he makes more films in the future, because he definitely has that undefinable “it” quality. 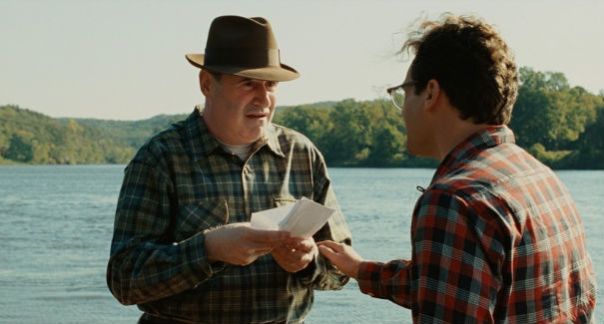 Lastly I wanted to talk about Richard Kind as Larry’s emotionally unstable brother Arthur. I grew up watching Kind on television shows like Mad About You and Spin City, so I love it when he pops up in movies. This is the most complex and heartfelt performance I’ve ever seen Kind give and, like Stuhlbarg, I wish it had received more awards attention.