From The Warner Archive: Hollywood Party

The Warner Archive recently released a bizarre little pre-code gem called Hollywood Party. The film was a Jimmy Durante vehicle that supposedly had eight directors (including Alan Dwan and Sam Wood, though none were credited) and is basically a fantastic mishmash of MGM’s comedy stars. The film was released in on June 1st, 1934 – making it one of the last films before Hollywood its began strict enforcement of the Hays Code. On June 13th, 1934 an amendment to the Hays Code was adopted, establishing the Production Code Administration and requiring all films released on or after July 1, 1934, to obtain a certificate of approval before being released. 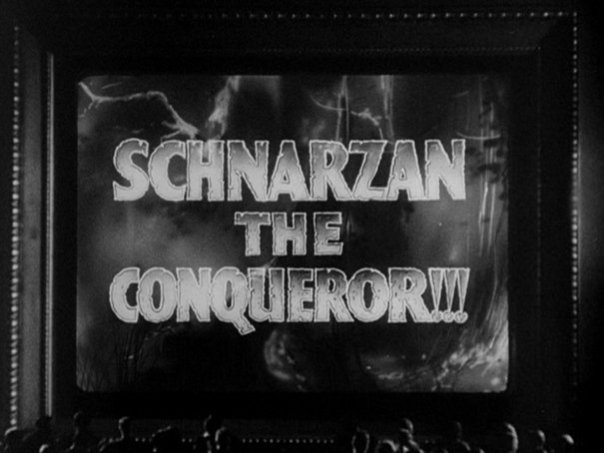 Jimmy Durante is basically playing himself in the film; it becomes apparent why this is a towards the end of the film. In it he is the star of a successful franchise called “Schnarzan” – obviously a play on MGM’s popular Tarzan series featuring Johnny Weissmuller and Maureen O’Sullivan. The parody bits are actually quite hilarious. Schnarzan’s mate is played by the incredibly gorgeous Lupe Vélez, who is also playing a version of herself. 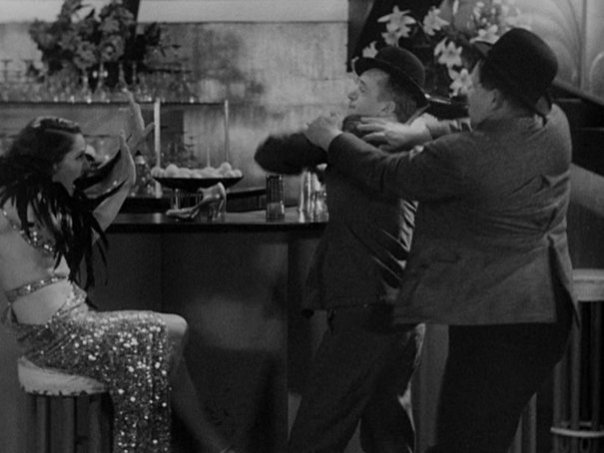 I think Lupe Vélez and her drop-dead gorgeous dress, designed by Adrian – one of the greatest gown designers Hollywood ever had, is my favorite thing about the film. Durante’s character is hosting the titular party to try to buy some lions from Baron Munchausen (Jack Pearl, who played the character in vaudeville and on the radio), but refuses to invite his partner in the Schnarzan films due to her temper and her alcoholism. Needless to say,  Vélez sneaks into the party (how she climbed over a brick wall in that dress is something only Hollywood magic can explain), has a drink or two (or three or four) and gets into a fantastic egg fight (yes, egg fight) with Laurel and Hardy.

Basically, this is one of the most bizarre films I have ever seen, and will be thoroughly enjoyed by fans of the era. The Warner Archive has it on sale right now for $15 (and there’s free shipping during the month of November!)