What A Character! – Lew Ayres as Ned Seton in “Holiday”

As part of the What a Character! Blogathon, I decided to take an extended look at Lew Ayres as Ned Seton in George Cukor’s Holiday because not only is Lew Ayres one of my favorite actors, but this is the film that made me fall so hard for him. I also thought I would take this time to remind y’all that Lew Ayres: Hollywood’s Conscientious Objector goes on sale on November 1st. If you will remember, I contributed the foreword to that book and it would mean the world to me if you pre-ordered it; you won’t regret it, I swear.

I am going to go through Lew’s performance as Ned almost scene-by-scene, so if you haven’t seen the film yet, there will be spoilers.

This was the movie that first introduced me to Lew Ayres as an actor and as much as I love him in his lead roles, this performance as Ned will forever be my favorite of his. It’s also one of my favorite performances ever. It’s just perfectly acted and endearing.

When we first meet Ned, he has clearly had a night of drunkenness, including hitting his head. He doesn’t know how it happened. Introducing an alcoholic and/or rich playboy type character can be tricky and could have immediately made us hate Ned, but Ayres imbues the character with a perfect kind of melancholy, that makes you relate to him even though you aren’t quite sure why just yet.

Then we see the true depths of his alcoholism, still without giving us a reason. 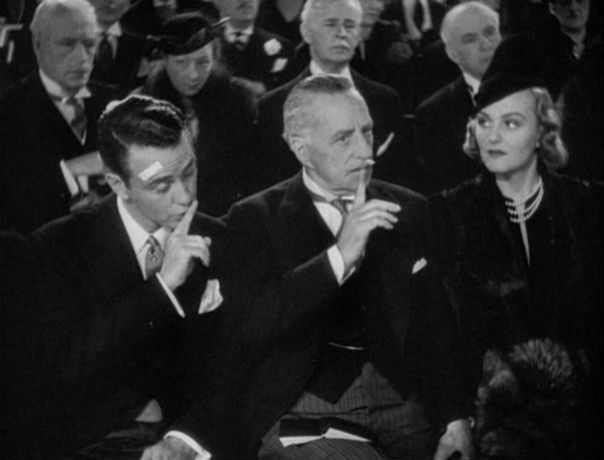 Until we get to church and meet the Seton patriarch (Henry Kolker). Ned’s mocking, yet submissive behavior around his father tells us everything we need to know about their relationship and hints at why Ned is the way he is. This is a scene that is about Julia (Doris Nolan) and her father, yet you cannot look away from Lew as Ned. He stole this scene, just as he’ll steal many more as the film progresses. One wonders if Kolker and Nolan knew that as they were filming; surely Cukor as the director did.

Ned tries to sass his father a little later, and yet again he concedes to his father’s power. It’s rather heartbreaking to watch.

I just love this scene because Lew and Kate Hepburn are all the way in the back and they’re both stealing the scene. Look at their faces! 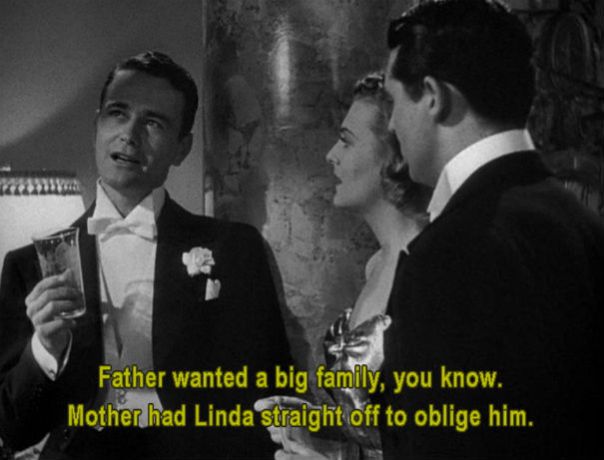 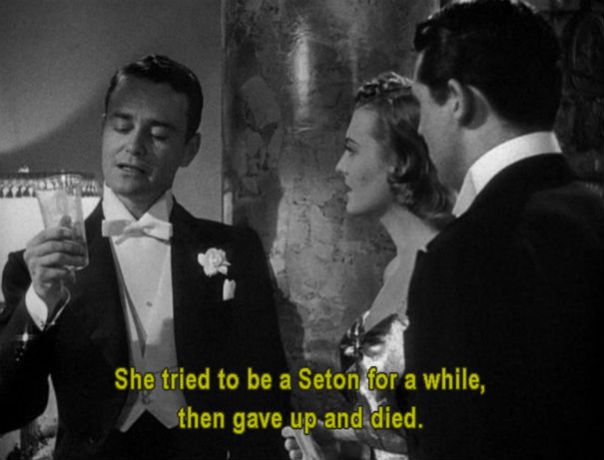 I had sooo many caps from this scene I wanted to post. Including where Julia scolds him fro drinking steadily since 5 o’clock and he responds, “Yes, and on New Year’s Eve, too!” but I decided to stick to the above caps because this is the most telling scene in the whole film about Ned’s character. He’s the youngest, he was born because his father just *had* to have a son, and, it seems, his mother either died in childbirth or very shortly after Ned was born. This explains so much about all of the children in this family.

When Ned meets Professor and Mrs. Potter (Edward Everett Horton and Jean Dixon) and he and Linda (Katharine Hepburn) and the two of them drink together and are merry, you almost feel like things are going to b okay. They’ve found their people. But, alas, it is not to be.

Ned always makes the best entrances and exits. I love this one in particular.

This scene damn near breaks my heart. Linda is so sad and Ned really wants to help her out. Later in the scene, she asks Ned where you end up if all you do is drink and he says, “Where does everyone end up? You die. And that’s alright, too.”  You can see the future Ned sees for himself and it is a grim one. 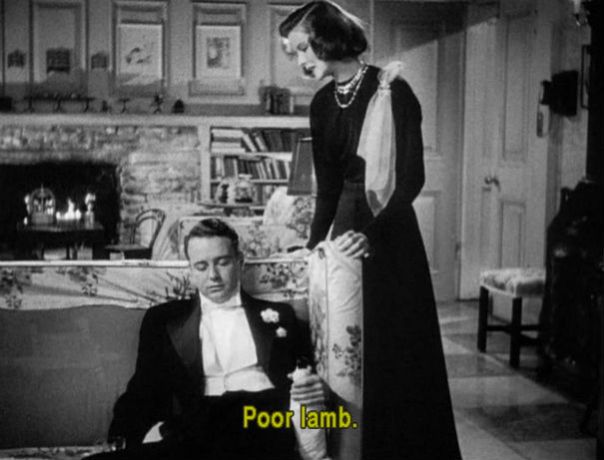 Their relationship is my favorite thing in this film. I always find it interesting that neither of them ever had the guts (up to this point) to just leave the family. I wonder if it were set in a different decade if the characters would make the same decisions?

This is another scene I really love. Their father is on his high horse about “true love,” and Ned’s immediate reaction is to get up and leave. Has he been in love and been hurt? Does he think his father never really loved his mother? We already know that he knows that Linda is in love with Johnny (Cary Grant) and that the love between Johnny and Julia is more than likely not “true love.” But could it mean something more for Ned? Could there be more to his alcoholism than is given to us in the film? I wonder if Lew had thought of these thing, too? 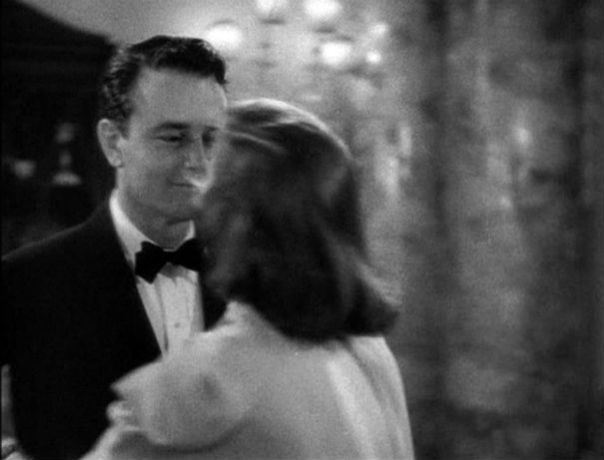 I just really love his face here when Linda is so happy about leaving and meeting up with Johnny. Ned is just so happy for her.

And you think maybe he’ll get to be free, too. But, he’s still unable to stand up to his father. What will it take? Maybe when Johnny and Linda come back, they can help him be free.

That’s what I like to think happens, anyways. I’d hate to see such a great character left to rot away in a downward spiral of alcoholism and isolation.

Be sure to check out the rest of the posts in the What A Character! Blogathon.