When I saw that the Warner Archive was releasing Red Dust on DVD – and newly resmastered to boot – I literally shouted with joy (you can ask my roommate about that). This is my second favorite Harlow film (narrowly behind Personal Property). It has never been on DVD before and when the Warner Archive released the Harlow collection last year, I was pretty bummed that Victor Fleming’s pre-code masterpiece wasn’t part of it. Now we can all rejoice and our Harlow collections are almost complete (so many of her films on DVD now, it is amazing!) If I had to pick one actress to call my favorite (and please don’t make me!), there would be a strong case for Harlow taking that top spot. I just love her so much, and she is at the top of her game opposite Clark Gable in this steamy tale of lust, class, love and deception. 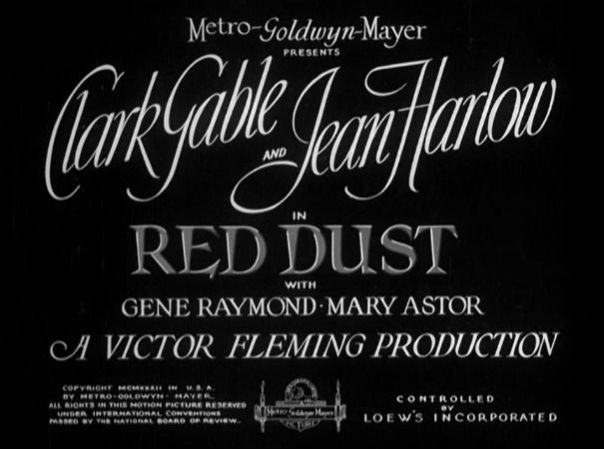 Victor Fleming is probably best known for his Oscar-winning direction of the 1939 Civil War epic Gone With The Wind and The Wizard of Oz, but I highly recommend you check out the rest of his filmography. Among his other films are two other great films with Jean Harlow: 1933’s Bombshell and 1935’s Reckless. His takes on Treasure Island and Captains Courageous are also must-watches.

Look at this flawless face. As much as I love Personal Property (I just love Harlow’s chemistry with Robert Taylor), I think maybe Red Dust is her best performance. She is ferocious from the minute she appears on screen to the minute it fades to black. Ava Gardner took on this role in John Huston’s Mogambo and, although Gardner is basically the only thing I like about that movie, she doesn’t even come close to the genius of Harlow’s performance. Harlow plays Vantine, a prostitute who comes to a rubber plantation to hide out from the law and winds up falling in love with its owner Dennis Carson (Gable). There is a scene early on when you think Vantine is leaving and she’s clearly a woman in love and Carson is clueless and pays her for her time that is just heartbreaking. It’s all in her face.

I just had to share this shot of Harlow’s legs because what a figure! 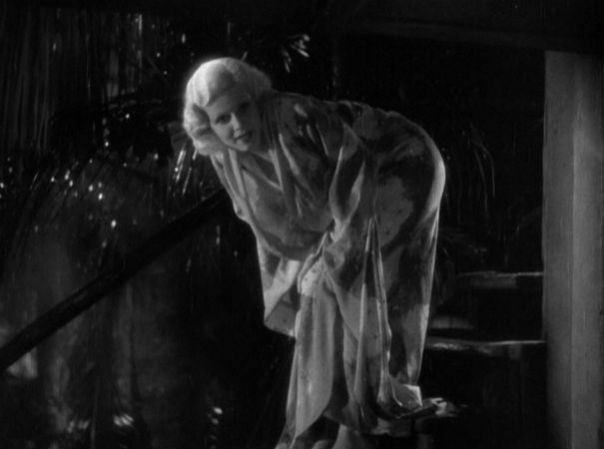 Speaking of figures! The thing I love about Vantine, and why this film only really works as a pre-code film, is that she is a woman who uses her body as a living, thus she knows her body well and she’s always aware of it and celebrating it. It never comes across as cheap or dirty, but rather just a way of being that is intrinsically part of her nature. 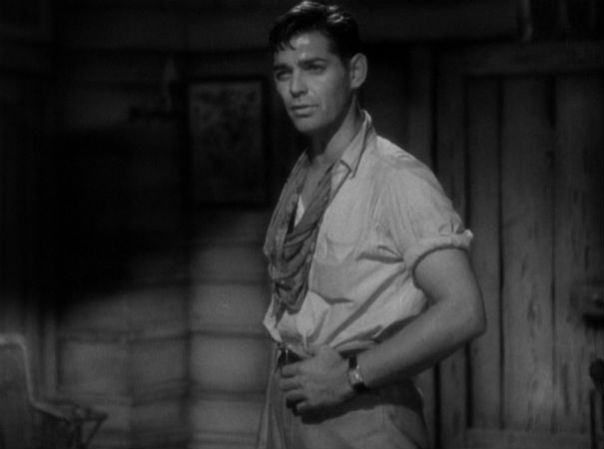 Clark Gable is at the top of his hot hot hottie game as plantation owner Dennis Carson, who is wary of his lot in life and is looking for something different. At first he rejects Vantine because he’s known “her kind” since he was a teenager, but eventually succumbs to his carnal desires.

The early scenes with Gable and Harlow are so precious. They have amazing chemistry and the kind of flirtation that is so charged it’s more like a battle than anything else. Gable and Harlow would co-star in three more films together: Hold Your Man (1933), China Seas (1935) and Wife vs. Secretary (1936). 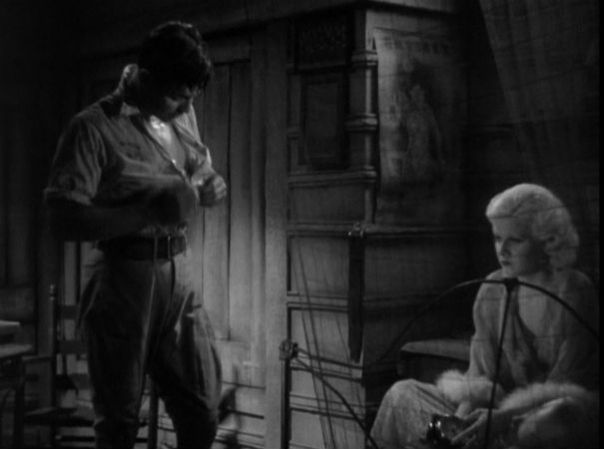 I love this shot. It’s after Vantine has returned (there was a mishap on the ship taking her back to Saigon) and after Caron as fallen for the wife of his newest engineer. Vantine is like a mirror for Carson; they are the same sort of person. This is not something Caron wants to be reminded of, and he rejects her advances again and again. 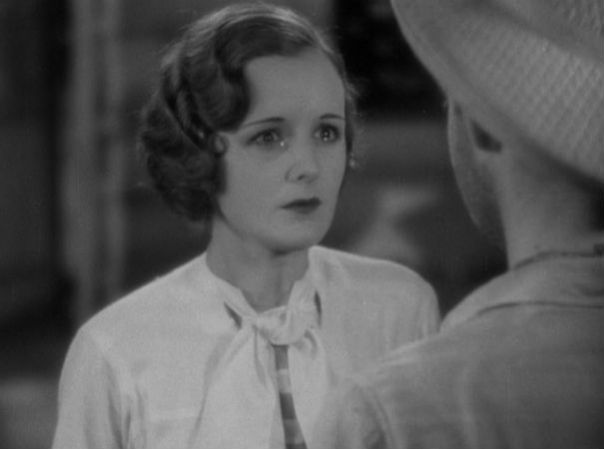 Which brings us to mary Astor as the engineer’s wife, Barbara, a “real lady.” She is what Carson thinks he has always wanted. The two meet and sparks immediately fly. Carson chases and Barbara rejects. Mary Astor had the perfect kind of icy persona for this role, but unlike Grace Kelly who played the role in the remake, she also has the fire and sensuality to be convincing after the fall.

Playing out a perfect example of the virgin/whore dichotomy, except that Barbara is married (but that still makes her more virtuous than Vantine), Astor and Harlow brief scenes together are so wonderfully catty. What I also love about this film is how it takes this dichotomy and turns it on its head, proving that although Vantine may be a whore, she’s got a keener sense of loyalty than Babs. It also shows that everyone is capable of behavior that goes against their label within society. 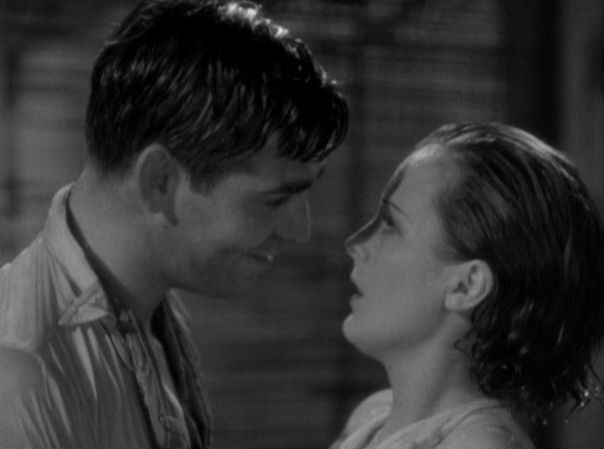 Gable and Astor also have amazing chemistry; I can’t imagine what it must have been like to be on this set with all these electric pairings.

Post-fall Astor is so scandalous and sexy, it is a wonderful departure from what you normally expect from her. Ow ow owwww.

Gene Raymond isn’t really given much to do as cuckolded husband Gary Willis, though he does get one stand-out scene towards the end of the film.

I’m still trying to decide how I feel about Willie Fung’s character Hoy, the housekeeper. It is racist for sure, but at least the role was given to an actual Chinese actor? One step forward, two steps back.

Lastly, I wanted to mention that this DVD comes with the Spanish trailer for the film, which offers a peek at a scene between Mary Astor and Clark Gable that was cut from the final version of the film.