October was a busy month for me (I saw An American Werewolf in London on the big screen not once, but TWICE), but I think I got a fair amount of film watching in. I did keep up with a horror film a day, as well as a few others here and there – also saw several 2013 releases, four of which I will discuss a little more  after the cut.

While I am not writing about a lot of the horror films I watched, I want to say I recommend pretty much all of them except The Hand, which made me more angry than any film has in a lonnnnng time and Doomsday Voyage, which is just really boring and not well made at all. The four 2013 films I will be writing about are in my top of the year so far, and I image they’ll stay in my Favorite Fifteen by the time the year is over.

I used this photo because it’s such a powerful image of the Earth in all its beauty, which I think speaks to the core of Gravity. No one  can speak negatively about the film’s special effects, but I have heard grumblings about its plot, which I think is unfounded. It’s simple, but it’s profound. One of the parts that stuck with me the most is almost a throwaway line. SPOILER: after the accident and the satellites begin to be destroyed, Clooney’s character mentions that half of North America is going to lose their Facebooks. But what’s really happening, if you think about it, is alllll the satellites in a chain reaction are being destroyed. Just think about how many things rely on satellites; it’s a staggering thought. So the film depicts this catastrophic event, but instead of focusing on that, the film stays on its two main characters, and really, for the most part, just the Bullock character and the transformation this extraordinary experience helps her through. That really stuck with me as I left the theatre. Brilliant. 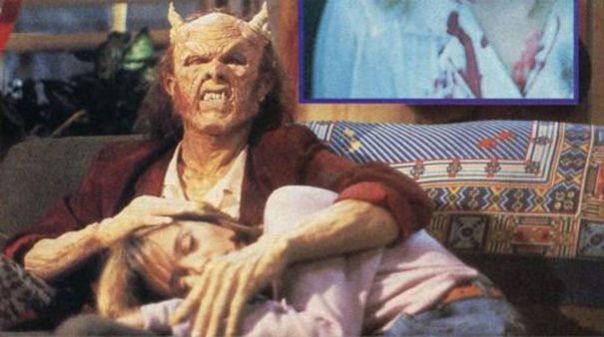 I had to highlight this film because it’s everything I love. It’s a rom-com mixed with 80s gore. It might not be for everyone, but I thought it was amazingly entertaining.

There’ll be a lot of talk about this film as we head into Awards Season. I was lucky enough to see it at an advanced screening introduced by Payne himself and with a reception for the cinematographer afterwards. It’s a brilliant, small film featuring some truly profound performances. A lot has been said about Bruce Dern’s lead, but for me the most stirring performance was June Squibb as his wife. She gives one of the most complex, heartfelt performances I’ve seen in a long time. Definitely worth a trip to the cinemas.

Another film that will be discussed a lot as we get to the end of the year. I imagine it will top more Best lists than any other film this year. I can’t do it justice with a short paragraph, so all I’m going to say is: see this film. It really is an important film. It’s not an easy watch, but it’s going to be a seminal film in years to come and I have little doubts that Chiwetel Ejiofor is going to win himself some Oscar gold for his stunning lead performance.

Probably the most controversial film of the year, it’s also one of the most heart wrenching and raw films, not only of this year, but that I’ve ever seen. It’s a shame the director achieved what he did through what sounds to be probably abusive methods. What made it to the screen is so beautiful and so real. Astounding.

Lastly, I want to highlight this amazing pre-code horror from Michael Curtiz. It’s got great performances all around, a fun twist-filled cast and some of the most beautiful uses of two-strip Technicolor I’ve ever seen. Amazing.

I’m almost finished with graduate school (yay?!) and I think my watching (and at the very least my writing about film) will pick up with the new year. Until then, don’t forget it is now NOIRVEMBER and you all better be watching alllll the noir!

Posted on November 1, 2013, in 2013 in Films and tagged Blue is the Warmest Color, Doctor X, Gravity, My Demon Lover, Nebraska, Twelve Years A Slave. Bookmark the permalink. Leave a comment.