← Housewarming Stuffs!
Return of the Sunday Morning Western and More From April 2016 in Films →

As many of you know, I moved across the country in March to start working at #TCMHQ . Packing up my life and started a new job at in a new city ( and driving across 8 states) was quite the ordeal. In fact it didn’t leave much time for movie watching. I was hoping to relaunch Movie Quote of the Day thus month, but it may be a bit longer. Please keep following the Facebook page for cool links and (mostly) female directed movies centric news. As always, the list of what I did manage to watch can be found after the cut.

So as you can see, I literally watched only TWO new-to-me films in March. Crazy, no? Here’s a little about those two films: 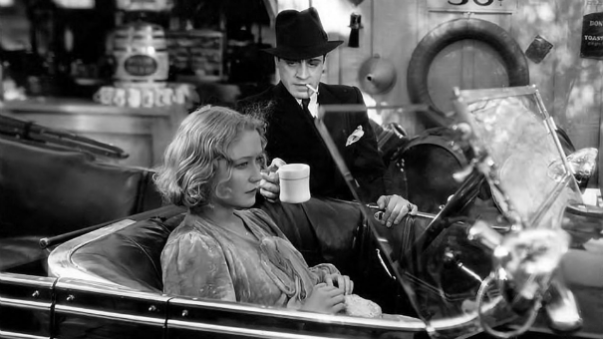 This is a pretty racy Pre-Code about starring Miriam Hopkins as a party girl who gets raped and basically forced into prostitution. Hopkins gives one of the best performances of her career and Jack La Rue is downright frightening as the perpetrator. It definitely delves deeper into the PTS of sexual-assault than a lot of films dared (or dare, even?). Look for some killer cinematography from Karl Struss.

The third and final screen pairing of Doris Day and Rock Hudson, this zany comedy sees the two married (finally!) with Hudson a hypochondriac who accidentally thinks he is dying, so naturally he tries to find his wife’s next husband before he’s gone. Great supporting work from Tony Randall (as always) and a fun comic turn from Clint Walker. I can definitely see how aspects of this film inspired modern rom coms, most notably Serendipity.

I also go to see one of my favorite films on the big screen for the first time: David Lynch’s Mulholland Dr. It was as cool as you would think. So that was March. I’m going to get back in the groove if things this month, but with the TCMFF coming up for work, I know at least the end of the month I’ll be swamped. I may have to make big changes. I’m still fleshing out ideas and hope you’ll still come along for the ride.

← Housewarming Stuffs!
Return of the Sunday Morning Western and More From April 2016 in Films →