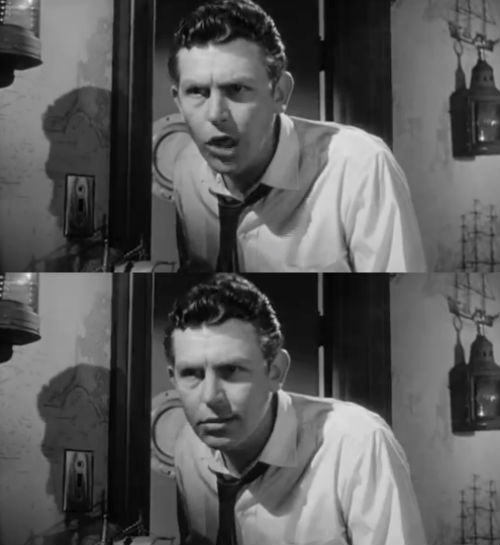 Lonesome Rhodes: I’m not just an entertainer. I’m an influence, a wielder of opinion, a force. . .a force! 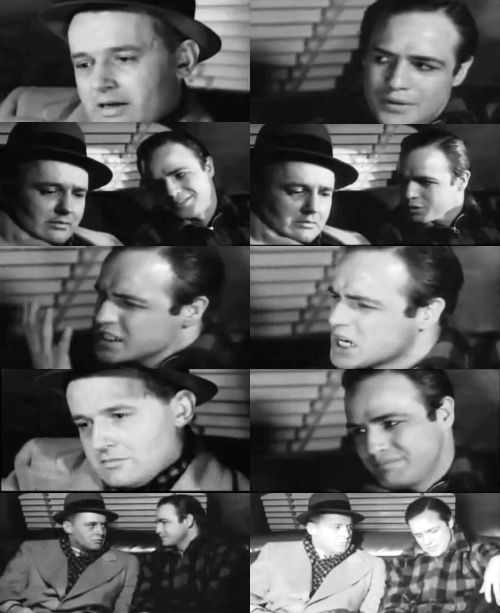 Charley: Look, kid, I – how much you weigh, son? When you weighed one hundred and sixty-eight pounds you were beautiful. You coulda been another Billy Conn, and that skunk we got you for a manager, he brought you along too fast.
Terry: It wasn’t him, Charley, it was you. Remember that night in the Garden you came down to my dressing room and you said, “Kid, this ain’t your night. We’re going for the price on Wilson.” You remember that? “This ain’t your night”! My night! I coulda taken Wilson apart! So what happens? He gets the title shot outdoors on the ballpark and what do I get? A one-way ticket to Palooka-ville! You was my brother, Charley, you shoulda looked out for me a little bit. You shoulda taken care of me just a little bit so I wouldn’t have to take them dives for the short-end money.
Charley: Oh I had some bets down for you. You saw some money.
Terry: You don’t understand. I coulda had class. I coulda been a contender. I coulda been somebody, instead of a bum, which is what I am, let’s face it. It was you, Charley.