Malick was one of the most acclaimed directors in the 1970s, with two highly acclaimed dramas – 1973’s Badlands and 1978’s Days of Heaven. He then disappeared for nearly twenty years before production of The Thin Red Line started. The result is an astounding WWII ensemble based on the novel of the same name by James Jones (who’s other book, From Here To Eternity was turned into a film in 1953 and won 8 Oscars). There is a version of The Thin Red Line from 1964 that I’m told is more true to the book; I’ve yet to see it. I also don’t really care if it’s more true to the book because I love what Malick did with this story. This film is one of my Top Ten Films of All Time. It was nominated for 7 Oscars in 1998 although it didn’t win a single award. It was up against Saving Private Ryan, Shakespeare In Love, Elizabeth and Life Is Beautiful. 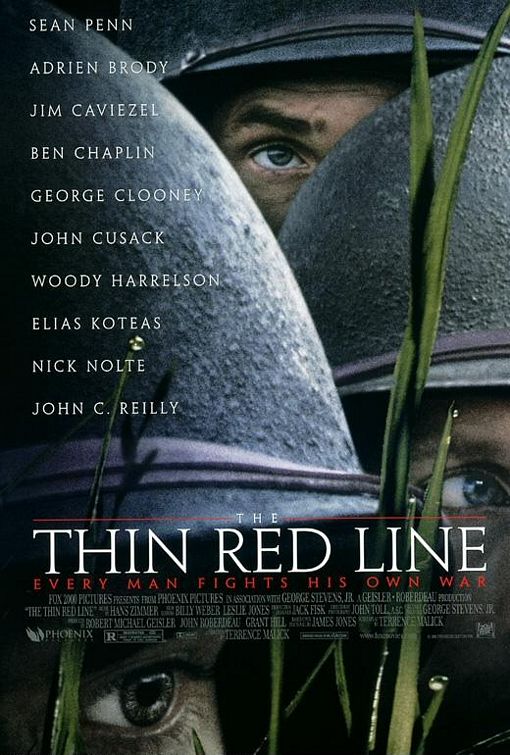