Ellen DeGeneres to host the Oscars 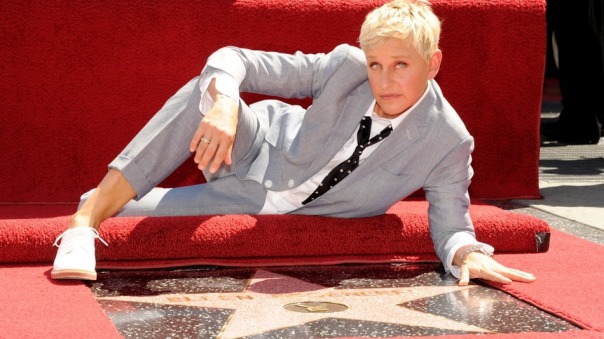 Detractors from last year’s Oscars have something to celebrate: Months after the most recent Oscars host Seth MacFarlane said he wouldn’t be reclaiming the spotlight, TV star Ellen DeGeneres tweeted Friday that she would be taking up the hosting mantle.DeGeneres returns for take two, as she also hosted the 79th Academy Awards in 2007, for which she received a Primetime Emmy nomination for Outstanding Individual Performance in a Variety or Music Program. The 86th Academy Awards will air March 2 on ABC.

“I am so excited to be hosting the Oscars for the second time,” said DeGeneres, in a statement. “You know what they say — the third time’s the charm.”

Producers Craig Zadan and Neil Meron revealed the announcement via traditional means, too, releasing a statement that embraced DeGeneres’ gift for comedy, warmth and humanity.

“As a longtime friend, we had always hoped to find a project for us to do together and nothing could be more exciting than teaming up to do the Oscars,” said Zadan and Meron.

“She is beloved everywhere and we expect that the audience at the Dolby Theatre, and in homes around the globe, will be as excited by this news as we are.”

DeGeneres has made a name for herself with The Ellen DeGeneres Show, which has racked up 45 Daytime Emmys during its 10 seasons. She got her start as an emcee at a local comedy club in New Orleans before hitting the TV and feature film circuit. DeGeneres recently announced the highly anticipated sequel to Finding Nemo, Disney-Pixar’s Finding Dory, currently scheduled to be released in November 2015.

The Academy Awards will take place at the Dolby Theatre at Hollywood and Highland Center.

Posted in the Academy Awards, Uncategorized