The Warner Archive recently released two great 1970s flicks featuring the legendary Jim Brown: …tick…tick…tick…, 1970 (dir. Ralph Nelson) and The Slams, 1973 (dir. Jonathan Kaplan). While both films feature Jim Brown in strong leading roles, they are quite the opposite of each other. In one he plays a newly elected sheriff of a southern town, in the other a criminal who’s just been sent to prison and decides to break out. The films both have different tones as well. One is a rather subdued look at race relations in post-Civils Rights Movement America and the other is a straight up jive-ass blaxploitation film. But they are both a barrel of fun. 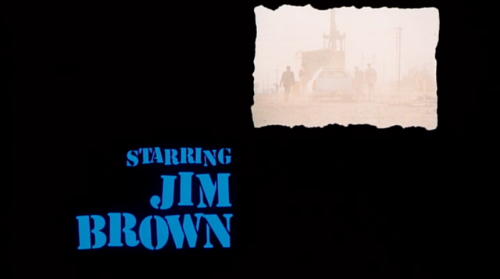