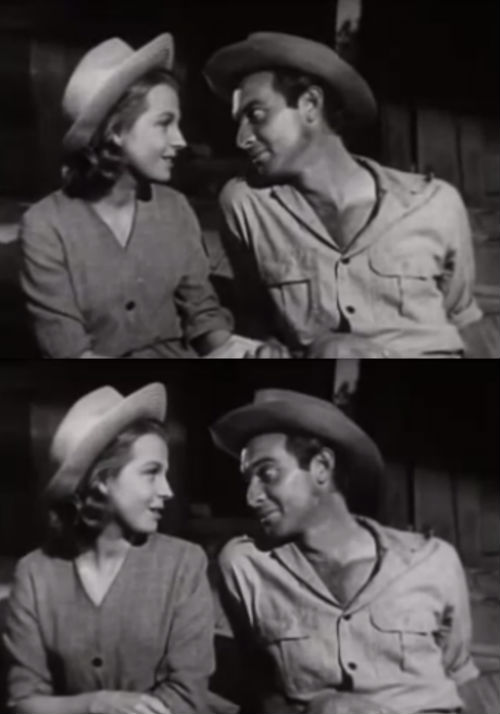 Sam: Every time I get plumb wore out, I think about you and Jotty and Daisy, and I ain’t quite so tired anymore.
Nona: I just could never get along without you.
Sam: Me too, honey. I couldn’t live without you.

I first saw this in college for a class called “Coffee and Cigarettes: The Literature of Anxiety and Boredom” (yes, that’s really the official title of that class). I think we watched it to examine the situation the officers in the film find themselves in: a prisoner of war camp. They’re all educated men, all men who are doers, and suddenly they can’t do anything. At least I think that’s why we watched, I don’t recall much discussion after watching the film. Whatever the reason was, I’m glad we watched it; it’s a fabulous film, filled with amazing performances. It’s also one of the very first anti-war war films, a genre I tend to really love. It was the first foreign language film to be nominated for Best Picture and one of only eight to do so: La Grande Illusion (French, 1938); Z (French, 1969); The Emigrants (Swedish, 1972); Cries and Whispers (Swedish, 1973); Il Postino (Italian/Spanish, 1995); Life Is Beautiful (Italian, 1998); Crouching Tiger, Hidden Dragon (Mandarin Chinese, 2000); and Letters from Iwo Jima (Japanese, 2006). It was up against nine films the year it was nominated: Alexander’s Ragtime Band, Boys Town, Four Daughters, Jezebel, Pygmalion, Test Pilot, The Adventures of Robin Hood, The Citadel and winner You Can’t Take It with You.