This is a film that I think has really fallen between the cracks of history, despite its Best Picture nomination. I first saw it when I was going through a Jason Robards phase (which, incidentally, is actually just called life). I think part of the problem, now anyways, is that it is not on DVD, meaning the only way to see it is if you can catch it on TCM or find it somewhere on the internet. If you can, though, I think you will fallen just as much in love with it as I did. Despite a Golden Globe nomination, Jason Robards was NOT nominated for Best Actor for his performance. Also, Fred Coe, though nominated as producer, was NOT nominated for Best Director. In fact, two of the films up for Best Picture, this and Ship of Fools, were not nominated for Best Director. Instead, the two nominations went to Hiroshi Teshigahara for Woman in the Dunes and William Wyler for The Collector (this was his last of a whopping TWELVE Best Director nominations, the most of any director. Billy Wilder is the only director to even come close, with eight nominations. He also received Irving G. Thalberg Memorial Award that year as well.) A Thousand Clowns was nominated for four Academy Awards, winning one: Best Score – Treatment or Adaptation (this is a category that is really confusing and I suggest you read the Wikipedia page to learn alllll about how many different score categories there have been over the years), Best Adapted Screenplay, Best Supporting Actor Martin Balsam (won) and Best Picture. The other films nominated for Best Picture that year were Darling, Doctor Zhivago, Ship of Fools and winner The Sound of Music. 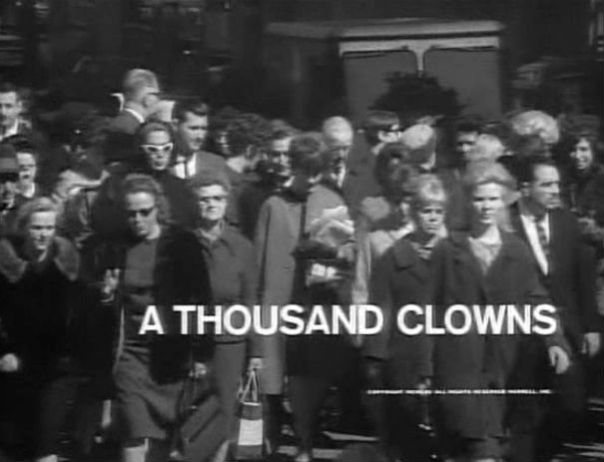