All three of these films are coming to DVD for the first time. I haven’t seen them, but I do so love Carole Lombard. It’s great to see more of her filmography becoming available. I’ve included the press release below. 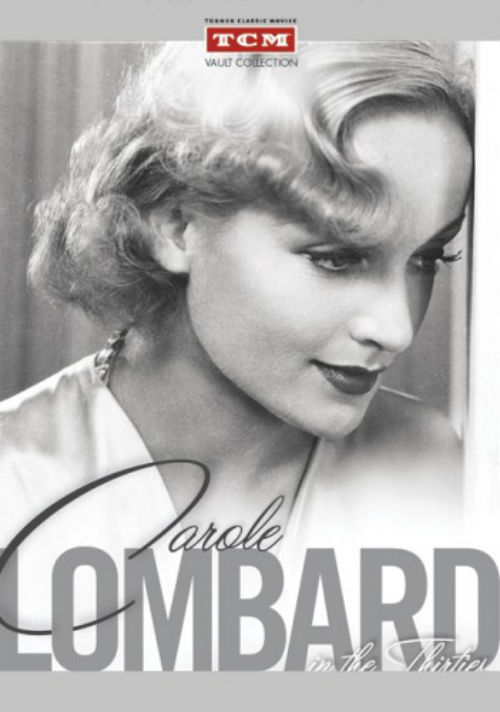 Carole Lombard, who delighted audiences in some of the greatest screwball comedies ever made, spent the early part of her all-too-brief career playing dramatic roles and romantic ingénues. In January, fans of the beloved actress will have the chance to enjoy three of those rarely seen performances when TCM home entertainment release the Carole Lombard in the ’30s DVD set.

Lombard, whose life was cut short by a tragic plane accident in 1942, demonstrated a sparkling presence and sharp timing from the very beginning of her career. Those talents would eventually establish her as the screwball comedienne in such films as Twentieth Century (1934), My Man Godfrey (1936) and Nothing Sacred (1937). Prior to those classics, Lombard’s comedic talents were already in evidence in two films featured in the Carole Lombard in the ’30s collection – No More Orchids (1932), which successfully combines comedy and drama, and Lady by Choice (1934), a raucous farce starring Lombard and May Robson. Rounding out the vision of Lombard’s rare talents is the drama Brief Moment (1933), which a reviewer from The New York Times declared “definitely a tribute to the talents of Carole Lombard and [costar] Gene Raymond.”

Carol Lombard in the ’30s

No More Orchids (1932) – In this romantic drama, Carole Lombard plays a spoiled heiress who falls in love with a struggling lawyer despite her arranged marriage to a European prince.

Brief Moment (1933) – The class conscious formula is reversed as Lombard plays a nightclub singer trying to convince her rich playboy finance to abandon his party going lifestyle in favor of a respectable livelihood.

Lady by Choice (1934) – Released the same year as Lombard’s breakout role in the screwball classic Twentieth Century, this touching drama casts the actress as a fan dancer who adopts a feisty elderly woman with a police record. Lombard shines in one of her best early roles.