Inspired by this post @ awardsdaily I’ve gone through the Best Actress nominees from 1989-2009 and picked by favorite nominated performances. Only two of my ten favorite performances went on to win the Oscar. Granted, I haven’t seen every Best Actress winner, let alone nominee, from the last 20 years, I’ve seen a lot of them. If you’re interested buying any of the films discussed below, click here.

Winona Ryder is so perfectly cast as Jo March. Her performance is a beautiful mixture of fire and innocence and vulnerability and passion. This is perhaps one of my favorite performances of all time. 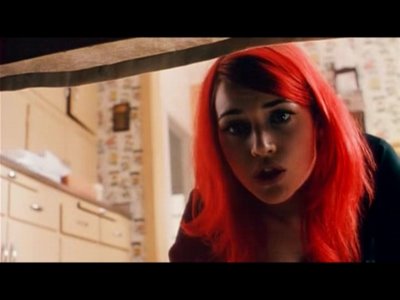 This is by far Kate Winslet’s best performance. How she didn’t win the Oscar is just beyond me. Clementine is one of the most memorable characters of the last 25 years and I think no one else could have played her the way Kate did. Also this performance marked Kate’s 4th nomination, clearly placing her among the finest and most lauded actresses of her generation. I think it is utterly ridiculous that it took two more nominated performances for her to actually win the award.

This was a really quite performance and I felt Angelina Jolie practically disappeared into this character. There are such ups and downs in this performance, I find it is a lovely contrast to her Oscar-winning work in Girl, Interrupted. But there is something about this performance that just really jerks at your heartstrings. She definitely matured as an artist and honed her craft in the 9 years between those two performances and I think we will see nothing but great things from her from now on.

Nicole Kidman is utterly fabulous in Moulin Rouge! I firmly believe that her performance has more lasting power than the winner that year *cough Halle Berry *cough* And that perhaps she won the following year for The Hours to make up for the previous year. I will always love this movie and the partnership of Nicole and Ewan McGregor is one of the most wonderful couple in movie history.

Here we find another wonderful movie partnership in Helen Hunt and Jack Nicholson and much deserved his-and-hers Oscars. Helen Hunt walks the line between great comedienne and dramatist with her performance and in the meanwhile creates in Carol the waitress a very real, very relatable character. 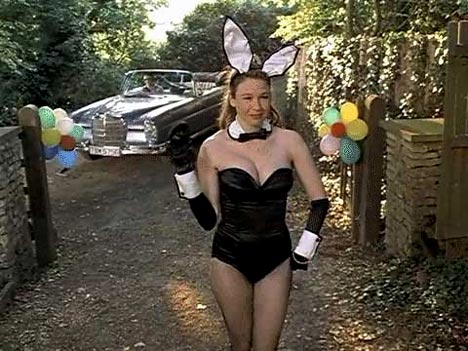 This is one of the few Renée Zellweger movies that I actually enjoy. She tends to get on my nerves and her sourpuss face is just ridiculous. But she is amazing as Bridget Jones. As a fan of the books as well, I think she did a marvelous job with the character. In fact, I like her incarnation of Bridget Jones better than that of the novel. She’s less ridiculous and more relatable. This is just a perfect pairing of role and player.

Julie Roberts is another actress that I usually do not like, but she is an irresistible force in this movie. As clichéd as “the hooker with a heart of gold” is she played it to perfection. This is also a role that has lasted the test of time and feels just as fresh and wonderful today as it did 20 years ago.

If ever there were a time to use the phrase “tour de force performance” it would be in describing Marion’s performance in this film. From start to finish she is  mesmerizing as the beloved French chanteuse Edith Piaf. Cotillard manages to capture all the strength – and fragility – of Piaf, while at the same time putting her own unique stamp on the performance. This is sure to go down as one of the greatest biopic performances of all time.

To begin, The English Patient is my favorite movie of all time. OF. ALL. TIME. That being said, Kristin Scott Thomas is luminous as Katherine. In the novel her character is rather annoying and a little underdeveloped. Anthony Minghella’s screenplay gave K new life and Kristin Scott Thomas was perfectly cast. Her performance is equal parts reservation, passion and desperation. Her scenes with Ralph Fiennes are some of the most passionate and beautiful scenes in cinema history.

While Emma Thompson was more than a bit too old to play Elinor Dashwood she plays the role so perfectly I tend to ignore her age. Thompson also wrote the screenplay for this adaptation directed by Ang Lee, and rightfully won the Best Adapted Screenplay Oscar. Her performance is subtle and touching. Throughout the film she has a kind of dignified reserve about her that make those few moments where she lets her guard down  and we see these beautiful raw emotions so powerful.