This film was up for five Oscars, including Best Picture, ultimately losing to Woody Allen’s Annie Hall. Richard Dreyfuss did, however, win Best Actor – at 29 he was the youngest winner until Adrien Brody won for 2002’s The Pianist. Dreyfuss also won Best Actor at the BAFTAs, the Golden Globes, the Kansas City Film Critics and the LA Film Critics for his portrayal of some-time Shakespearean actor Elliot Garfield. Marsha Mason was also up for Best Actress, Quinn Cummings for Best Supporting Actress and Neil Simon for Best Original Screenplay – his only nomination in that category (he was nominated in the Adapted Screenplay category 3 times).

When I first Netflixed this film a few years ago I loved it so much. It’s witty and fun and energetic. I watched it again yesterday on TCM having not  watched it in years and it was just as fresh and entertaining as it was the first time.

Richard Dreyfuss really steals this movie. His performance is hilarious and manic and lovable from the very first scene he’s in. I think one of the main reasons the film industry loves this movie so much is for his character – Elliot Garfield, an actor from Chicago about to make his off-off-Broadway debut in Richard III. Elliot arrives full of excitement, only to discover he’s got the director from hell, but more on that later. 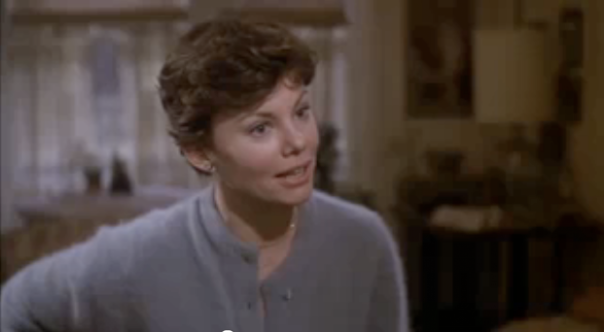 I love Marsha Mason (who, at the time was Neil Simon’s wife) in this film, but I hate the character she plays. I guess I just don’t relate to Paula McFadden at all. I don’t understand why she would give up her career as a dancer because of a relationship. I do, however, love her relationship with her daughter. I think it definitely influenced many single mother-precocious daughter relationships in films and television (think Gilmore Girls). 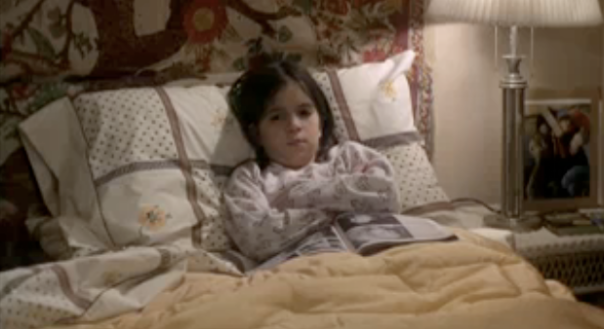 Which brings me to Quinn Cummings, who gives one of my all-time favorite child performances as Lucy McFadden. She’s as quick-witted as her mother and Elliott, and sometimes more mature than the two combined. I think maybe this film could use more of this character and less of her mother.

And now to my two favorite scenes in the film. On his first night in the apartment Elliot starts playing guitar at 3 in the morning, waking up Paula, who comes to complain.

The timing and cinematography in this scene is just so perfect. It also introduces the viewer to the kookier side of Elliot.

The other part of the film I really love is poor Elliot’s experience with the director from hell, who makes Elliot give the absolute worst performance of Richard III one can imagine. What’s so bittersweet and wonderful about this part of the film is you see that Elliot really could have done a wonderful job in the role if he’d had a better director. Clearly this is Simon taking a jab at some director who must have messed up one of his plays. Or maybe just a general commentary on how every person involved in theater, and film for that matter,  can have a large impact on the final outcome.

All and all I gave this film five stars on Netflix when I first saw it and that rating still holds to this day. It is just as wonderful and fresh as it was when it first came out and really holds up on multiple viewings. If I’ve piqued your interest enough in this film, you can purchase it here.