Japanese Cinema and the Academy Awards

As part of the Japanese Cinema Blogathon hosted by myself and JapanCinema, I thought I’d take a look at how Japanese cinema has fared over the years with the Academy. As it happens, Japan has had its best luck with the Academy in the Foreign Language Film category, but there have been a few other nominations (and wins) for filmmakers and actors from the industry.

I was surprised to find out that no Japanese actor or actress had been nominated for acting in a film from Japan. One would think someone like Toshirō Mifune would have gotten a nomination for his outstanding performances. Sadly, that was not the case. In fact, only four Japanese actors and actresses have ever even received acting nominations, all in the supporting categories. 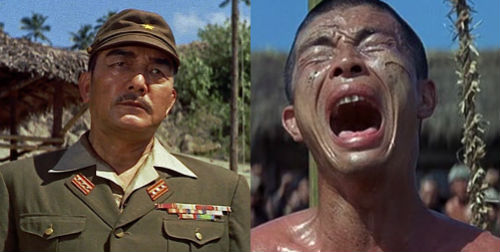 Sessue Hayakawa was nominated for Best Supporting Actor for his role in 1957’s The Bridge on the River Kwai. He lost the award to Red Buttons in Sayonara. This was the only of the film’s eight nominations that it did not win. Sessue began working in his native Japan as early as 1914 in silent films and became one of the first Asian actors to gain fame in America. He has a star on the Hollywood Walk of Fame. Nearly ten years later, Mako received a nomination in the same category for his performance in 1966’s The Sand Pebbles. He lost to Walter Matthau in The Fortune Cookie. Mako became a naturalized American citizen in 1956 and began his acting career in 1959, a career that spanned nearly 5 decades. Mako also has a star on the Hollywood Walk of Fame. [Edit] Thanks to Tracie for reminding me that Ken Watanabe was nominated for Best Supporting Actor for 2003’s The Last Samurai. He lost to Tim Robbins in Mystic River. I can’t believe I forgot about him!

Miyoshi Umeki was nominated for Best Supporting Actress for her role in 1957’s Sayonara, winning the award. Umeki began her career in 1950 as a recording artist for RCA Japan. She made her film debut in 1953 and only made seven films as an actress. Almost fifty years later Rinko Kikuchi was nominated for Best Supporting Actress for her completely mute role in 2006’s Babel. Kikuchi lost the award to Jennifer Hudson in Dreamgirls. She made her acting debut in 1999 and has been in over 25 feature films.

There have only been two Japanese directors nominated for Best Director. The first was Hiroshi Teshigahara for 1964’s Suna no onna (Woman in the Dunes). He lost to Robert Wise for The Sound of Music. The other nominated director was Akira Kurosawa, who’s films had won several Academy Awards since the 1950s, for 1985’s Ran. He lost to Sydney Pollack for Out of Africa. Kurosawa also received an Honorary Oscar in 1989  “For cinematic accomplishments that have inspired, delighted, enriched and entertained worldwide audiences and influenced filmmakers throughout the world.” 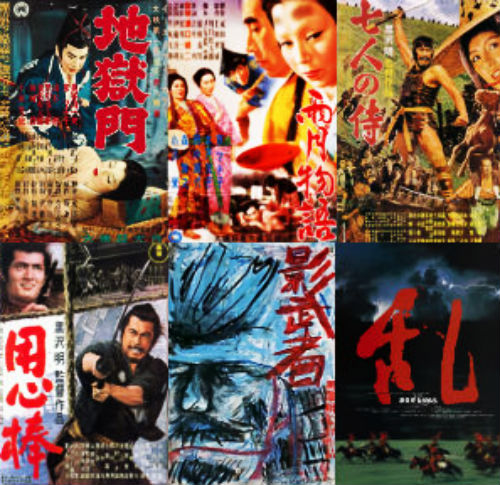 Two of Hayao Miyazaki’s recent films have been nominated for the Best Animated Feature award (this category was introduced for the 2001 film year). 2001’s Spirited Away won the category’s second award (having been released in America in 2002). 2004’s Howl’s Moving Castle (released in America in 2005) lost the category’s 5th award to Wallace & Gromit: The Curse of the Were-Rabbit.

Please take a moment to donate to the Earthquake and Tsunami relief efforts.