This was a hard year for me to pick just one film to talk about. Like 1939 before it, so many great films were up for Hollywood’s top prize in 1940. I decided to go with The Philadelphia Story, however, because I saw it on the big screen a few weeks ago and I fell in love with it even more than I already had been. It’s so perfectly written, acted, directed, paced, shot, everything. Truly one of the greatest films of Hollywood’s Golden Era – or ever, really. The film was nominated for six Academy Awards, winning two: Best Screenplay (won), Best Supporting Actress Ruth Hussey, Best Actress Katharine Hepburn, Best Actor Jimmy Stewart (won), Best Director and Best Picture. The other films nominated for Best Picture that year were: All This, and Heaven Too, Foreign Correspondent, The Grapes of Wrath, The Great Dictator, Kitty Folye, The Long Voyage Home, Our Town and winner Rebecca. 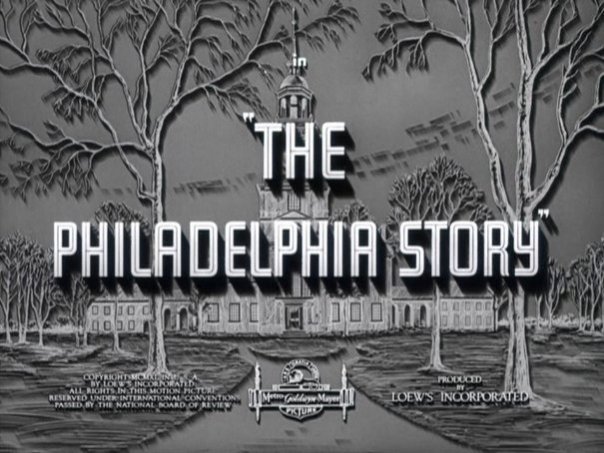 George Cukor is one of my favorite directors. Although my favorite of his films is Holiday, I think The Philadelphia Story is probably his most famous and most revered. Cukor was nominated for Best Director five times, winning on his last nomination: Little Women (1933), The Philadelphia Story (1940), A Double Life (1947), Born Yesterday (1950) and My Fair Lady (1964, won). My Fair Lady also won Best Picture. 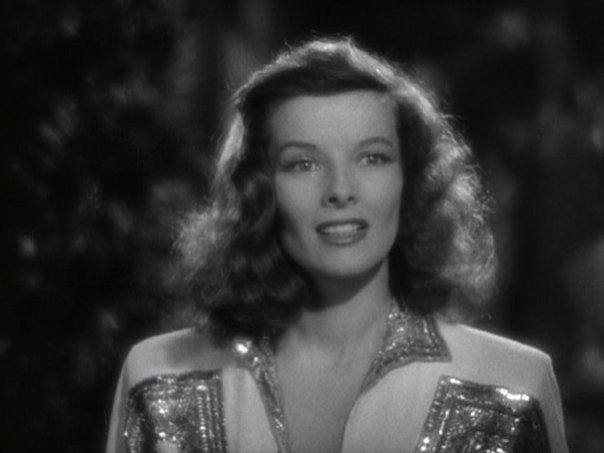 Katharine Hepburn held the record as the most nominated Actress (12) in Oscar history for a very long time (her record was beaten by Meryl Streep a few years ago), but she still holds the record for most wins (four). She was nominated for Morning Glory (1933, won), Alice Adams (1935), The Philadelphia Story (1940), Woman of the Year (1942), The African Queen (1951), Summertime (1955), The Rainmaker (1956), Suddenly, Last Summer (1959), Long Day’s Journey Into Night (1962), Guess Who’s Coming To Dinner (1967, won), The Lion In Winter (1968, won; tied with Barbra Streisand in Funny Girl),  On Golden Pond (1981, won). I think Kate is fantastic in this film, giving a performance with just the right amount of spunk, humor and fragility. Although, there are aspects of the character that I don’t particularly like (I actually have an issue with a lot of the roles Kate played in the 40s), I think Kate handles her well. Her chemistry with both Grant and Stewart is second only to the chemistry she had with Spencer Tracy in their many collaborations. She lost the Oscar to Ginger Rogers in Kitty Foyle (another film I can’t recommend enough). 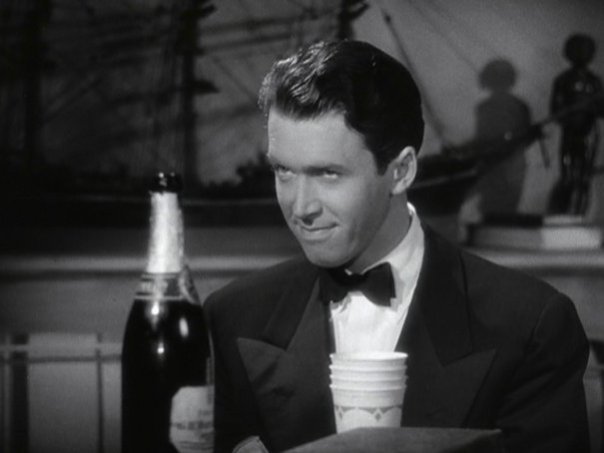 Jimmy Stewart has always been a favorite actor of mine. He is always good. ALWAYS GOOD. This was one of his last performances before he went off to fight in World War II. You can definitely see a slight change in his post-war performances, though he is great in both eras of his career. I haven’t read the play, so I’m not really sure who is more the lead, C.K. Dexter Haven (Grant) or Stewart’s Macaulay Connor, but I do think regardless Stewart decided he was the lead in this film, despite getting third billing. He steals every scene he’s in and gives one of his most memorable performances. The sequence towards the middle of the film where he drunkenly shows up at Haven’s home is perhaps one of the single greatest ever to grace the silver screen. Stewart won his only competitive Oscar for his performance in this film, but was nominated five times, as well as receiving an Honorary Oscar in 1985. His five nominated performances were: Mr. Smith Goes To Washington (1939), The Philadelphia Story (1940, won), It’s A Wonderful Life (1947), Harvey (1950) and Anatomy of a Murder (1959). 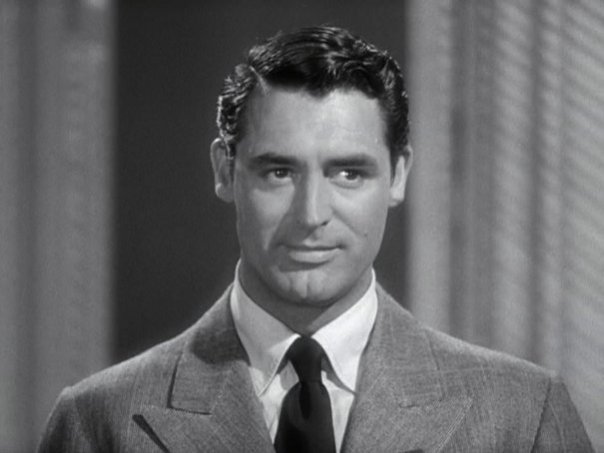 Although Cary Grant is arguably one of the most famous stars of Old Hollywood, he was only nominated for two Oscars: Penny Serenade (1941) and None But The Lonely Heart (1944), both films that are more “serious” than the Grant we know and love. I guess the Academy only wanted to laud him for trying to do serious roles, but really he is fantastic in his comic milieu. Outside of the old silent comics, very few actors were as great at physical comedy as Grant. Like I said earlier, I haven’t read the play, so I’m not sure who was supposed to be the lead, but for someone who got top billing for a film Grant probably has the least screen time of the three leads. He’s also in a precarious place – halfway between his Oscar-nominated serious roles and his vaudevillian comedic roles. That’s not to say Grant is not good in this film; I think he’s great actually. It’s probably one of his most subtle performances, a lot of what he does is with his eyes. I think it was wise of Grant to go the subtle route because it makes for a nice contrast to Stewart’s tour-de-force performance, even if it does mean people may not be as receptive to him as they are to his co-star. 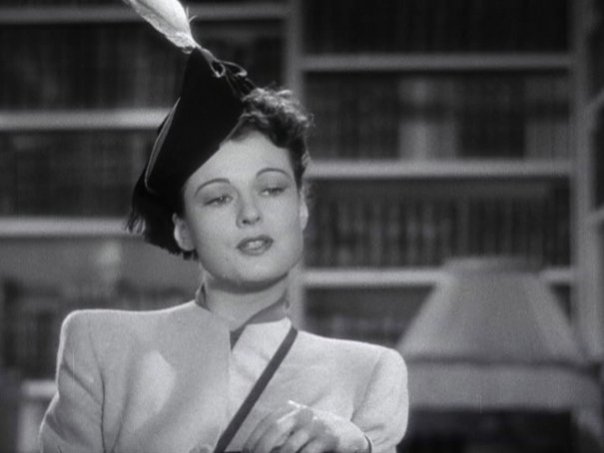 Ruth Hussey is one of those actresses who can make any film watchable. Despite this ability to always be great, Hussey received her only Oscar nomination for her role in this film as Jimmy Stewart’s acid-tongued photographer. Other than Stewart himself, Hussey is my favorite in this film. She hits every note just right. Her scenes with Stewart are great, but I also love the few scenes she has with Grant. They’re so tender and real.

I just had to mention John Howard because I love him in his Bulldog Drummond films (most of which you can watch for free on YouTube). He isn’t given much to do in this film, but do yourself a favor and watch some of his work as Bulldog Drummond. He’s great in them.