I first saw The Thin Man late on a Saturday night on PBS when I was in high school. I caught it from the very beginning (rare when you’re flipping through the channels!) and I fell in love. That PBS station then showed the film’s sequels every subsequent Saturday. It was a magical six weeks. I still wish I owned The Thin Man DVD collection. William Powell and Myrna Loy made 14 films together including 1936’s Libeled Lady with Spencer Tracy and Jean Harlow. Powell and Loy have some of the best on-screen chemistry ever captured on film (hence their being paired together so many times), but nothing beats the work they did together as Nick and Nora Charles in The Thin Man. The film was nominated for four Academy Awards, though it didn’t win any: Best Adapted Screenplay, Best Actor William Powell, Best Director and Best Picture. The other films nominated for Best Picture that year were The Barretts of Wimpole Street, Cleopatra, Flirtation Walk, The Gay Divorcee, Here Comes the Navy, The House of Rothschild, Imitation of Life, One Night of Love, Viva Villa!, The White Parade and winner It Happened One Night. As you can see, there were TWELVE Best Picture nominees. Oddly enough, there were only three Best Actor nominees that year, four Best Actress nominees (Bette Davis was the fourth, a write-in) and three Best Director nominees (Van Dyke, Victor Schertzinger for One Night of Love and winner Frank Capra for It Happened One Night).

W. S. Van Dyke was also nominated for Best Director for 1936’s San Francisco and directed Jean Harlow in her penultimate (and my favorite of her films) Personal Property opposite Robert Taylor. There were five sequels to The Thin Man, all of which starred Powell and Loy, but only three of which were directed by Van Dyke. The second film in the series features an early performance from Jimmy Stewart. Apparently Nick and Nora in the book, written by Dashiell Hammett and published just five months prior to the film’s release, were somewhat based on Hammett’s relationship with Lillian Hellman. Mostly I mention this because I want to recommend A&E’s 1999 film Dash and Lilly, which stars Sam Shepard as Hammett and Judy Davis as Lillian Hellman and is in desperate need of a DVD release. 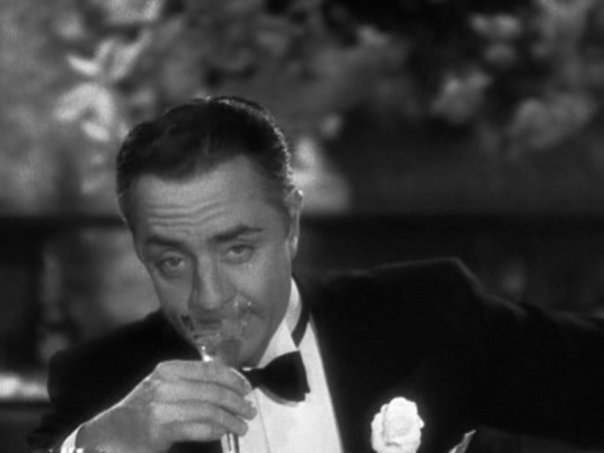 I think the first film I saw William Powell in was 1953’s How To Marry A Millionaire, which was his penultimate film. Powell was nominated for three Academy Awards, though he never won: The Thin Man (1934) My Man Godfrey (1936) and Life With Father (1947). He lost in 1934 to Clark Gable in It Happened One Night. Oddly enough, the two of them starred together that year in Manhattan Melodrama, which also co-starred Myrna Loy and was directed by Van Dyke. Although he is probably best remembered for his work as boozy detective Nick Charles in the Thin Man series, Powell is great in everything he’s ever done. If you can find it  I recommend 1938’s The Baroness and the Butler and the silent film The Last Command.

Myrna Loy was one of the most prolific actresses of her generation – she appeared in over 130 films in a career that spanned nearly sixty years, yet she was never nominated for an Academy Award, though she did receive an Honorary Award from the Academy in 1991. Loy is so wonderfully sassy as Powell’s socialite wife Nora, who can – and does – drink as much as he does and is the only person who can keep up with her husband’s quick-witted humor. I definitely recommend Loy in Libeled Lady and Mr. Blanding’s Builds His Dream House, in which she co-stars with Cary Grant; a film that is often misunderstood, but that I happen to think is a fabulous satire on the American Dream.

I wanted to talk a little bit about Maureen O’Sullivan, even though she’s not given much to do in this film. That’s not to say she’s not good; I think she is quite good in the few scenes she’s in. There’s actually several other actors that round out this film’s ensemble (Nat Pendleton, Minna Gombell, William Henry – a favorite of mine, Edward Ellis, and even Cesar Romero), but O’Sullivan’s distraught daughter seems the most real of all the supporting characters, bringing something just a little truer to her performance than the others. O’Sullivan is probably most famous for her repeated role as Jane opposite Johnny Weissmuller in several Tarzan films, as well as being the mother of Mia Farrow. 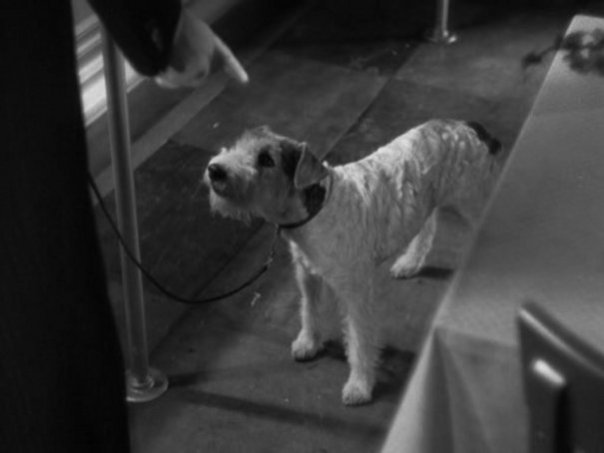 Lastly I wanted to talk about Skippy the dog, whose name was changed to Asta (the name of his character in this film) after the film’s release. He is the cutest of Old Hollywood dogs. He apparently made $250 a week! Most Hollywood dogs back then made $3.50 a day, so you can see what kind of big-time player Skippy was. You can also see his great work in such films as 1937’s The Awful Truth and 1938’s Bringing Up Baby.

Don’t forget to check out our Oscar Vault Monday shop!