← A Wonderful Surprise, Just In Time For My Birthday!
Movie Quote of the Day – The Heiress, 1949 (dir. William Wyler) →

June 2012 in Films: Birthdays and Jobs and Movies Galore

So June had a lot of changes. Firstly, I started a new job – well, two new jobs actually. Or, they’re the same job but at two locations. Haha. What I mean is, I’m working at the Clay and Lumiere Theatres in San Francisco. Basically, I get paid to sell people movie tickets and not to burn popcorn. I also get to see movies for free, though so far I haven’t had much time to do that. I also (finally) connected my Blu-ray player to the internet so I can stream Instant Netflix to it, which has aided in my watching of films quickly before heading off to work. Lastly, there were birthdays. Movie Quote of the Day celebrated its 2nd birthday and I celebrated my 26th birthday. I am an old lady now. Due to all this excitement, my film watching time lowered a bit and although I did maintain slightly more than one new-to-me a day, I didn’t quite manage to do two a day. As always, the full list is after the cut.

I forgot to mention I finished off Elia Kazan’s filmography, and while I didn’t particularly love the last three of his films that I watched, I am so happy to have completed the filmography of a master of his stature. Seek out all of his films if you get the chance, because even lesser Kazan is better than a lot of people’s bests. I also want to send a shout-out to both Rock of Ages and Magic Mike, which are films that I think are much better than they’re going to get credit for being and definitely deserve your attention. Also of note: after his turns in both Magic Mike and 21 Jump Street, I may or may not be becoming a fan of Channing Tatum. Stay tuned for more at eleven. 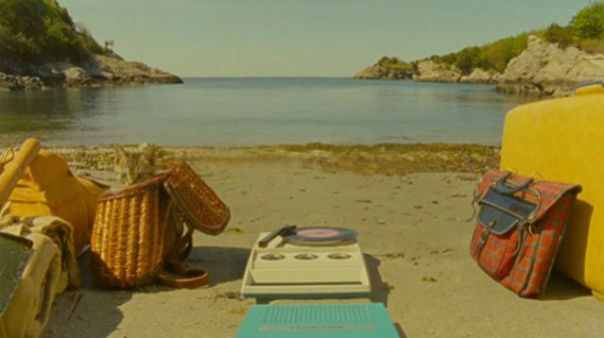 This is quite possibly my favorite of Wes Anderson’s films. For year and years The Royal Tenenbaums as been near and dear to my heart, but there was just something so right about this film, something so sincere and so personal. I’ve read many a review calling it his funniest film and “light-hearted” and I guess on the surface I can see that. But what really did it for me was how much truth rang out in the way he represents the loneliness and isolation of youth. For me, this felt like his most dramatic film, just it was presented in a candy-coated wrapper so people could digest it better. I’ve already seen it twice and I hope to see it several more times before the year is over. Here’s hoping it has staying power through the end of the year with critics and audiences; it deserves that and more.

Kristen and I are slowly working our way through P.T. A.’s filmography this year. We meant to do this last year when we discovered that we’d only ever seen There Will Be Blood. That never happened and then all these trailers for The Master came out and it burnt a fire under our britches. Last month we watched Magnolia and it blew my mind. This month it was Boogie Nights, and while I didn’t love it quite as much as Magnolia, it still completely blew me away. I am just so in awe of P. T. Anderson’s filmmaking prowess. We’ve still got two more of his films to go and I look forward to getting my mind blown even further.

This was the film that essentially ended Michael Powell’s career as a filmmaker and what a shame that is. It’s a masterpiece in every sense of the word. I think it was truly “ahead of its time” in so many ways that both critics and audiences just didn’t know what to make of it and thus rejected it. It’s not only one of the most chilling horror films I’ve ever seen, it’s also one of the greatest films made about filmmaking. At one point the protagonist watches his love interest as she watches a film of himself. It’s so reflexive it hurts. 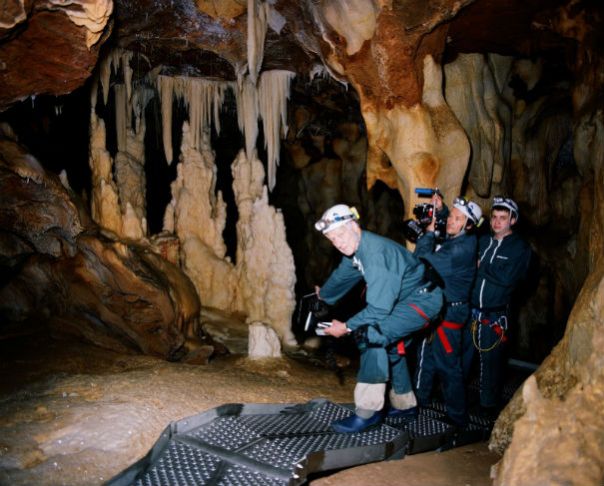 This movie made me weep in my seat at the Castro Theatre (a common occurrence, actually). It so beautifully captures these caves and the history and art and culture. I don’t think I’d ever seen a Herzog film before (I know, I know) and it was sort of fun having him as the narrator, with his strange take on everything; I just love the way he sees the world. What really made me cry, though, was the thought that these paintings are nearly 40 million years old and there are people who can’t appreciate anything that is more than ten years old. How can they connect with something so ancient, when they can’ even connect with things made early in their own lifetimes? It’s a sad thought. There was one line of narration when Herzog is showing some paintings where one was made and then another was made on top of it 4,000 years later and Herzog goes “We are trapped in history; they were not,” and it just completely blew my mind.

One of the managers at the Lumiere Theatre recommend I watch this film and I am so glad that I did. I was always vaguely aware of Spalding Gray and his work, but had never seen any of it before. After watching this film, I now truly feel the loss of his death and what a truly great artist he was. I love to tell stories about my life, but I could only hope to ever do half as good a job as spinning as truly memorable yarns and Gray does in this film, and I’m sure all his other monologues.

← A Wonderful Surprise, Just In Time For My Birthday!
Movie Quote of the Day – The Heiress, 1949 (dir. William Wyler) →