I watched quite a few 2013 releases in December (as often happens at the end of the year), but I won’t be writing about any of those films in this post. The 2013 releases that I saw this month that I really loved (including my favorite of the year!) made it into my Favorite Fifteen Films of 2013, which was posted yesterday (or last year. . .). I saw quite a few interesting films this month, including several films from 1913 (I’d like to thank The Academy for those). I also (finally) graduated from my M.F.A. program earlier this month. Which ultimately means I should have more free time for here on out. I don’t know if that means I’ll up my film viewing (I’m hoping to actually go out and do things this year!), but as any fanatic knows, I’ll never truly abandon the cinema! You can see all the films I watched in December after the cut, and later today I will be posting a giant wrap-up summarizing my entire film-watching experience in 2013. Enjoy!

This film had some really great filmic techniques from the underrated pioneer Lois Weber. I think you can watch it on YouTube. Look it up and learn something! 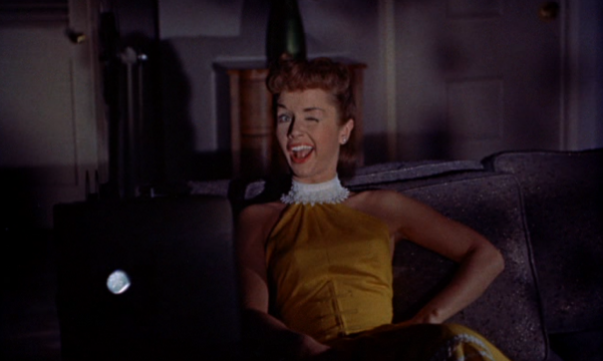 Debbie Reynolds is slowly starting to win me over and this film surely helped. She so full of energy and zest in it. Kind of a Christmas film, maybe a little outdated in some of its ideas, but fun from start to finish regardless.

One of the co-writers on this also co-wrote Gilda. It’s a peppy script about a NYC taxi dancer originally from Kansas, played by an 18-year-old Lana Turner, who crashes the homecoming weekend of a stuffy private college and realizes that all the “glamour” boys and girls are full of shit. She tells them that too, in one of the best cinematic tell-offs I’ve ever seen. The end also has one of the best comedic plants and payoffs I can recall. Loads of fun.

Partially a story that resembles The Miracle Worker, and partially an expose on the exploitative nature of fundraising campaigns, this film features some of Joan Crawford’s best dramatic work. Fans of Rosanno Brazzi may want to avoid it, as he plays a MAJOR creeper in this movie.

This was the last movie I saw this year and I left it to that spot on purpose because I KNEW I would love it. It’s basically one of only two films where Judy Garland doesn’t sing a song, but that’s okay because she is such a damn good actress, she doesn’t need to. Robert Walker really is “green as grass” in this movie, but in such a sweet, sincere way. It’s funny to think he started out in things like this and Since You Went Away, playing innocents and now he is most famous for playing a psycho in Strangers on a Train. Walker and Garland have amazing chemistry and hopeless romantics, such as myself, will eat this movie up.

So that was December. Like I said, look forward to an end of the year wrap-up later today and I hope your 2014 is filled with all the best cinema can offer!

Posted on January 1, 2014, in 2013 in Films and tagged Susan Slept Here, Suspense, The Clock, The Story of Esther Costello, These Glamour Girls. Bookmark the permalink. Leave a comment.