It’s surprising how little time you have to watch films when you a) work forty hours a week 2) do things with friends d) are trying to read a book a week. Actually, no it’s not. I think gone  forever are the days when I’ll average 2 or more films a day. I’m barely averaging one a day these days. But, because I live on Los Angeles, I am getting to see some really amazing films on the big screen! I saw the entire Decline trilogy and several really great docs that had limited runs. In fact, all five of my “favorite” films for this month I saw on the big screen! So, as always, after the cut is the full count, plus five highlighted films. Oh, and if you want to check out all of my coverage from this year’s TCM Film Festival, go here.

I’ve only got a handful of Joan Crawford films to watch, though I didn’t really manage to watch very many in April. And, as much as I enjoyed the ones I did watch, none of my April Joan Crawford watchings made it to this list. That said, WATCH ALL THE JOAN MOVIES. Especially her work in the 1930s. Anyways, here are some favorites I watch this last month.

I saw all three of the Decline films in the month of April at LACMA, presented by the Academy (yes, that Academy). They were amazing, but Part II was my favorite mostly because I am a big fan of 80s hair bands. This was one of the funnier documentaries I’ve ever seen, but also a bit bittersweet. While the interviews with the well established bands were fascinating, as were the ones with the bands on the cusp, what I found the most interesting were the interviews with the “wannabes.” Which were people, Spheeris said in the Q&A, that she found on street out by the clubs. Their resolution that they will make – every single one of them – is heartbreaking to watch, but also just a little bit awe-inspiring. Spheeris also said all three films will be available on Blu-ray sometime soon.

This was my favorite film I saw at the TCMFF last month. I spoke briefly with star Merrie Spaeth on the red carpet and as soon as this film ended, I wished I’d seen it *then* got to speak with her. So many questions I would have asked! This is one of the best looks at teenage girls and their super secret friendships. Both Spaeth and Tippy Walker were non-professionals when they were cast and that freshness really helps make the film feel real. By that, I mean the characters feel like real people. The film itself, directed by George Roy Hill, has delightfully whimsical touches to it. Peter Sellers, while billed as the star, is really a supporting character to the girls, though he just as much a genius as ever. The story comes from a novel by Nora Johnson (which I bought!) and the screenplay was co-written by Johnson and her father Nunnally Johnson (look him up if you’re not familiar!). 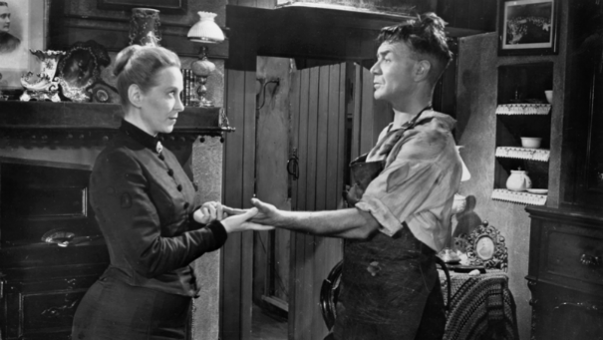 The last film I saw at TCMFF and my second-favorite. While Charles Laughton has top billing (and he is fabulous), this film really belongs to Brenda de Banzie, playing Laughton’s eldest daughter Maggie. Maggie decides who she wants to marry (John Mills, adorable) and nothing will stop her. This is a very feminist film and quite a bit ahead of its time (the original play came out in 1916; I wonder how ahead of its time it was!) I think this is available from Criterion and you should definitely check it out. I love David Lean’s pre-epic British family films and this is one his best.

I didn’t see this at TCMFF because I wanted to see the films that were scheduled at the same time in another theater. Luckily, because I live in LA, Cinefamily showed it a few days after the festival was over – also with a Friedkin Q&A. I have never, NEVER been more nervous while watching a movie than I was during the bridge scene in this film. NEVER. I’d imagine sitting at home watching it on your Blu-ray player will still be pretty excruciating, but dammit you gotta see it on the big screen if you can! 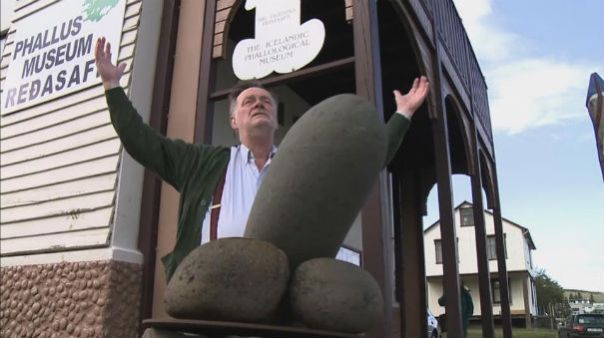 Another film I saw at Cinefamily (just a few nights ago actually!) and another hilarious documentary. This is about the Icelandic Phallological Museum (as if I needed another reason to visit Iceland!) It’s equally as funny as it is moving and heartfelt. I’m so glad I saw this in a theater with other people because part of the charm in it came in hearing the audience’s reactions to what they were seeing up on the big screen. Also, as a connoisseur of cinematic dicks, I’m looking forward to getting this on DVD and screencapping the heck out of it!

So that was April. In May I hope to (finally) watch all the Joan Crawford movies that Warner Archive has. I don’t know what else just yet, but there’s some great things coming out in theaters (both 2014 releases and rep releases) that I plan to see. So many movies, so little time!

Posted on May 1, 2014, in 2014 in Films and tagged Hobson's Choice, Sorcerer, The Decline of Western Civilization Part II: The Metal Years, The Final Member, The World of Henry Orient. Bookmark the permalink. Leave a comment.