March was an interesting month. I didn’t see very many films on the big screen directed by women, but I did see quite a few films on the big screen! That is, because of the TCM Classic Film Festival, I took a bit of a moratorium from A Year With Women. I go to TCMFF every year and I just couldn’t skip it. That said, this month’s favorites will include a least one film not written or directed by a woman. I also managed to watch quite a few films that I didn’t really care for (one that I loved so much it’s ridiculous!) As always, a full list of the films I watched in March can be found after the cut.

I have a lot to say about these five films, and you should watch my YouTube videos on them to really hear what I have to say.

You guys, I watched this movie on March first and then I watched it again three or four times before March 7th. I love this movie so much. I even read the book right after (it’s good, but I totally dig all of Rozema’s changes). I love, love, love this movie. I louuuuvre this movie. It’s the queer feminist Jane Austen movie I never knew I needed. It’s on Netflix. Just watch it already! P.S. Henry Crawford for life!

I bought the Criterion Collection’s Five By Varda a few years back and never got around to watching the films on it I hadn’t already seen, so finally I watched one! This movie had so many cats in it! I’ve never seen so many cats in a movie! It’s a wonderfully impressionistic film that compares and contrasts a marriage on the rocks with a small fishing village town trying to stay alive. This edition had a bunch of great interviews with Varda on it. She’s such a badass.

Two things: I love Keira Knightley and I hate Sam Worthington (he’s got less screen presence than a mop!). This film is about a couple (Knightley and Worthington) who are apart for a night and contemplate cheating on the other; one physically, one emotionally. If Sam Worthington wasn’t in this film, it would be a masterpiece. The scenes between Knightley and Guillaume Canet are so emotionally electric, it’s astounding. The writer/director says she was inspired by Éric Rohmer, and it shows. This is a very talky film, but also very passionate. I cried. The ending destroyed me. I want more!

This is one of those great late-era silent films that also has sound effects. The print screened at TCMFF was from MoMA and it was GORGEOUS. Colleen Moore plays a shopgirl who loves to do the Charleston and win dance contests, but although she appears to be a flapper, she’s really a “good” girl. She gets swept off her feet by a man who later turns out to be her boss. But when he wants to test whether she’s “good” enough to be his wife, she really lets him have it. There’s a lot of great feminism in this film. Actually, quite a bit of what Moore’s character says to her beau and her father and the same kind of bullshit we still have to say today. 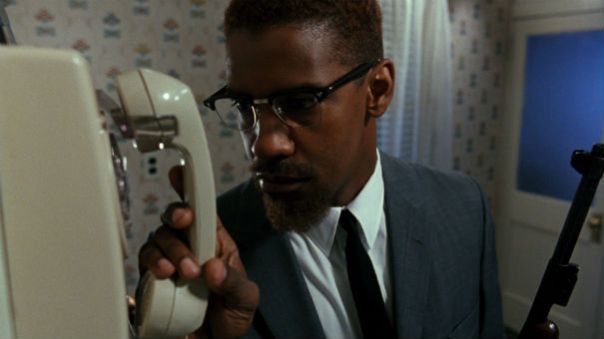 This was the film I was looking forward to the most at TCMFF. They screened a 35MM print and Spike Lee spoke briefly before the film. The scope of this film is breathtaking; it’s an epic like Ben-Hur or Gone With The Wind. Denzel Washington gives one of the screen’s most accomplished performances. A masterpiece in every sense of the word.

So that was March. I will be continuing A Year With Women in full force from her on out (with a possible moratorium for Noirvember, but I’m looking into a way to make it fit in the guidelines; more on that later). Here’s to April!

Posted on April 1, 2015, in 2015 in Films and tagged A Year With Women, La Pointe-Courte, Last Night, Malcolm X, Mansfield Park, Why Be Good?. Bookmark the permalink. Leave a comment.