Although I was gone for almost a whole week for San Diego Comic-Con (my third year in a row for work!), I managed to watch more new-to-me films in July than I have any other month this year. Most of those films, however, were short films (I will always go to bat for short films). I watched the films in the Twilight Storytellers competition (several of them were better than the films in the actual Twilight Saga film series), as well as all the films in Miu Miu’s Women’s Tales series. Both are available to watch for free online and both are well worth your time! That said, I also watched several films that have had a very large impact on cinema’s history, so I think the month balanced out. As always, the full list of what I watched is after the cut, as well as a few favorites.

Like I said in the intro, I watched several really big films in terms of their place in film history this month, and they did not disappoint at all. So, as always, here are the films that left the biggest impact on me this month. 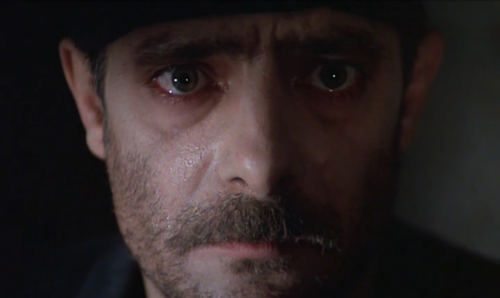 Lina Wertmüller was the first woman to be nominated for the Best Director Oscar for this film (although the film itself did not garner a Best Picture nod), and it is one knock-out of a film. It’s about a man (Giancarlo Giannini), who is captured while trying to desert the Italian army during WWII. He tells his fellow solider about how he got the name Seven Beauties and the one time he actually killed a man. The film goes back and forth between the past and the present, slowly revealing everything you really need to know about this man and his country. Sly, subversive and always compassionate, this film is nothing short of a masterpiece. The opening sequence alone is one of the most unique pieces of cinema I’ve ever seen. This was my 5,000th new-to-me film of all time.

How to Make an American Quilt, 1995 (dir. Jocelyn Moorhouse)

This was my 4th of July movie (I always try to watch something with “America” or “American” in the title) and I was not disappointed. I’d been meaning to watch this movie since I saw the VHS tape at my local rental store in the 90s, but somehow never got around to it. I’m glad I watched it now, not just because I got to see it in the right aspect ratio, but also because I know a lot more about the history of women (in America and in general), than I did as a kid. This film is chock full of women’s stories set before the Second Wave Feminism in the 1960s and the expectations/limitations women in this country faced. My favorite was the vignette featuring Samantha Mathis (who I’m not usually a fan of). She gives a devastating performance.

This was not only the first feature film directed by a Saudi woman, but also the first film to be filmed completely in Saudi Arabia. It’s about a young girl named Wadjda who just really, really wants a bicycle and the efforts she goes to get it. It’s also a subtle (maybe not the subtle) commentary on the everyday struggles of Saudi women. It’s never damming of its country and its treatment of women, though it is often critical. A wonderful achievement on all fronts.

This movie is 200 minutes long. It covers in extreme detail 2.5 days in the life of widow Jeanne Dielman as she keeps house, cooks for her only son, goes on errands and turns a few tricks. The plot is very basic, but the impact of this film is anything but. It’s all about nuance and lead actress Delphine Seyrig gives an astounding performance. While I think it’s bullshit that a lot of lists for “Greatest Movies Ever!!!” often only cite one or two films by women, I’m glad this film is one that always makes it. Like Wadjda, it’s critical of “women’s work,” but it’s also critical of our perceptions and judgements of women whose entire lives revolve around “women’s work.” A must-see.

Praise be to UCLA and their Dorothy Arzner retrospective! I went to the opening double feature last night, which was this film starring Ruth Chatterton and Clara Bow’s all-talkie debut The Wild Party. Both were great, but Anybody’s Woman was so apologetically feminist, I found myself cheering out loud many times. Ruth Chatterton stars as Pansy, an out-of-work showgirl who marries a lawyer on a bender after his ex-wife remarries. What could have been just another movie about gold-digging showgirls, becomes a film about the strength of women and not judging a book by its cover. We see that Pansy (and lots of those oft-maligned showgirls) are just women struggling to do the best they can with what they’ve got, while those high society people who are praised and applauded can often be just as terrible as society would have you think the showgirls are. I love Arzner’s work and can’t wait to see more!

So that was July. With plans to go to several more screenings at UCLA’s Dorothy Arzner retrospective, August is already shaping up to be a great month. See you guys at the movies!