52 Films By Women To Stream On Netflix and Amazon Prime

To help people with their 52 Films By Women challenge this year I thought I’d put together a list of some of my favorite films directed by women that are easily accessible on Netflix and Amazon Prime. Keep in mind that this is in no way all of the films directed by women available on these services, but rather a selection of films I have seen and enjoy. There are also many more films available to rent on Amazon Video as well. Think of this as a jumping off point! Also if you have not taken the 52 Films By Women pledge yet you can do so here.

END_OF_DOCUMENT_TOKEN_TO_BE_REPLACED

Although I was gone for almost a whole week for San Diego Comic-Con (my third year in a row for work!), I managed to watch more new-to-me films in July than I have any other month this year. Most of those films, however, were short films (I will always go to bat for short films). I watched the films in the Twilight Storytellers competition (several of them were better than the films in the actual Twilight Saga film series), as well as all the films in Miu Miu’s Women’s Tales series. Both are available to watch for free online and both are well worth your time! That said, I also watched several films that have had a very large impact on cinema’s history, so I think the month balanced out. As always, the full list of what I watched is after the cut, as well as a few favorites.

END_OF_DOCUMENT_TOKEN_TO_BE_REPLACED

Movie Quote of the Day – How to Make an American Quilt, 1995 (dir. Jocelyn Moorhouse) 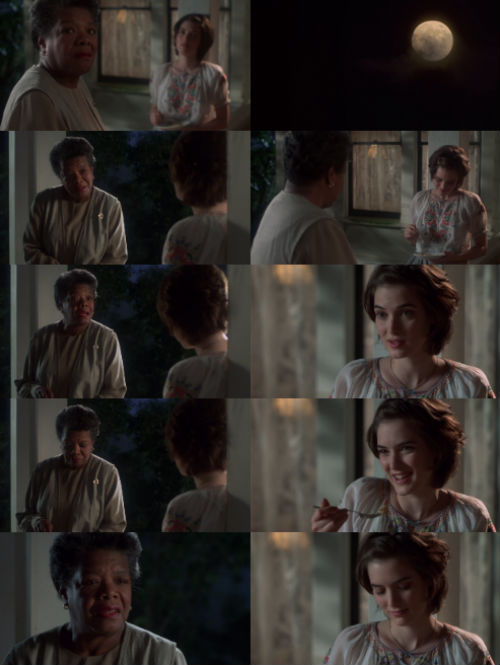 Finn: Oh, look at that!
Anna: I never liked full moons. They give people an excuse to do foolish things.
Finn: Well, I’m young. I’m supposed to do foolish things.
Anna: And spend the rest of your life paying for them?
Finn: Well, it’s better than spending the rest of my life wondering what I missed.
Anna: I’d rather wonder than kick myself.
Finn: I’d rather kick myself.
Anna: Fine. You will end up with a deeply sore backside.