This was actually the first new release I watched in theaters this year (my second altogether; I’d watched one on VOD). I saw it on January 19th! And when it was over I was like, “Wow. I think I watched my favorite movie of the year!” And it was true. No movie resonated with me quite as much as this semi-autobiographical debut film from Desiree Akhavan. It’s got everything I love – romance, heartbreak, shenanigans, lesbians, bisexuals, mid-twenties life crisis angst. I can’t wait to see what Akhavan does next!

Conversely, my second favorite film of the year was the last “new” release I watched this year. Also a directorial debut,  Deniz Gamze Ergüven startling film is France’s pick for the Academy Award this year and has been shortlisted (fingers crossed it gets nom’d, then wins!). I’ve seen it twice in theaters already and it’s just so exhilarating. I saw so many great films about teenage girls made by women this year and it’s just so refreshing because women get it is so right (obviously!) in little ways that I think male directors tend to miss. This film balances despair and hope so beautifully, with a strong point of view from its director and star-making turns from its five leading ladies.

Another film I saw twice in theaters, but one that was not well received by most critics (male and female alike). I’ve actually not seen Jolie’s other films, so I can’t speak to her growth as a filmmaker, but I will say I absolutely adored this film. It’s sad and romantic and perverse and oh-so beautifully constructed. I have a feeling it was mostly dismissed because of its director and the fact that the leads were Brangelina (were Rowlands and Cassavetes this maligned in their time?), but I think this is a film people will return to in a decade or so and reevaluate.

Speaking of Cassavetes, this film received an Indie Spirit nomination for best film made under $500K. Set in the not-too-distant future, this dystopian sci-fi flick has a lot to say about working women, motherhood, our youth-obsessed culture, San Francisco’s tech boom, and a whole lot more. Don’t let anyone tell you women don’t make genre pictures! 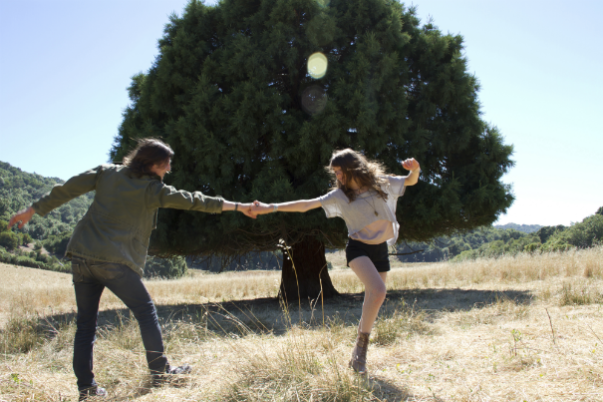 Another debut feature about teenage girls, this film was a reworking of Meyerhoff’s short film Twitch, in which a teenage girl goes on a road trip with her bad-boy boyfriend after she’s unable to deal anymore with the stress of her mother’s MS. Fun Fact: the mother in the film is played by the director’s actual mother. Another fun fact: the film’s leading man Peter Vack was in no less than four films directed by women released in 2015! The other three were: Fort Tilden, 6 Years, and The Intern. 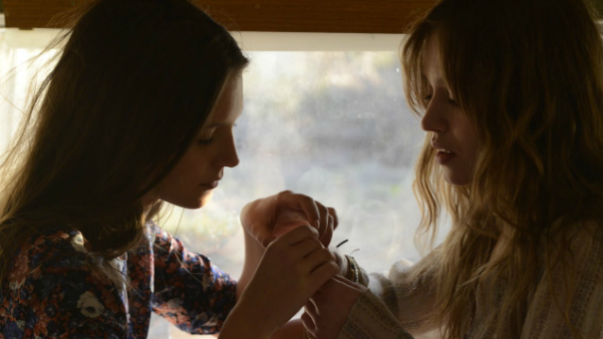 More teenage girls directed by women! This time, though, there’s no romance. Instead Laurent’s sophomore flick delves into the obsessive co-dependent friendships so many teen girls find themselves in. While my major friendship in high school was not as intense as the one in this film, I related so hard with the feelings Laurent taps into. This film made me so grateful I’ll never be a teen girl ever again (save some sort of Freaky Friday mishap).

I love Niki Caro! I’ve yet to see a film by her that I didn’t love (although I still have one more of her films to see). I liked this film for several reasons. 1) It’s just a great sports film. It hits all the beats you expect from a Disney true story sports film, yet it never feels stale. 2) It could have easily descended into “white savior” territory, but it never does. 3) It’s set in rural California! Although I grew up in a different part of rural California, I felt like Caro really captured what those little towns are like and it just made me so happy to see it done right and on the big screen! 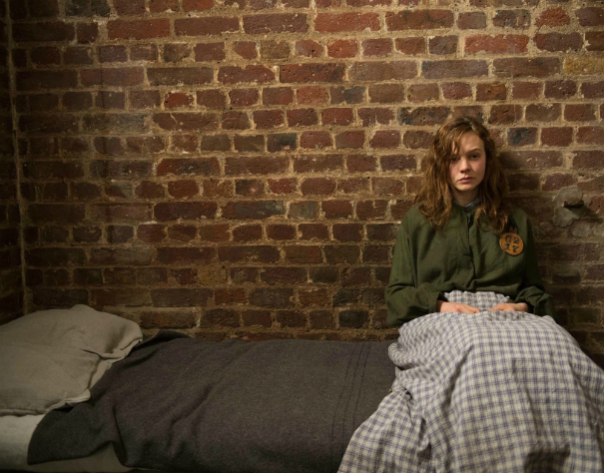 Questionable marketing aside, this film took a very important part of Britain’s history and put it on the big screen for the first time. It’s not perfect, but it’s so damn passionate. Carey Mulligan is one of the greatest actresses working today – I would watch her reading the phone book – and she gives one of her best, most impassioned performances in this film. It’s also the only real “prestige” picture directed by a woman this year. Too bad it’s been all but ignored this awards season.

Do you see a trend? There’s actually several more films by women about teenage girls I saw this year that didn’t make the cut. While the film gets a little rough in the third act, it’s at its best when it shows its lead with her girlfriends, being young and silly and as happy as is possible given their surroundings. No scene this year shone as bright as these girls singing and dancing along to Rihanna’s Diamonds. 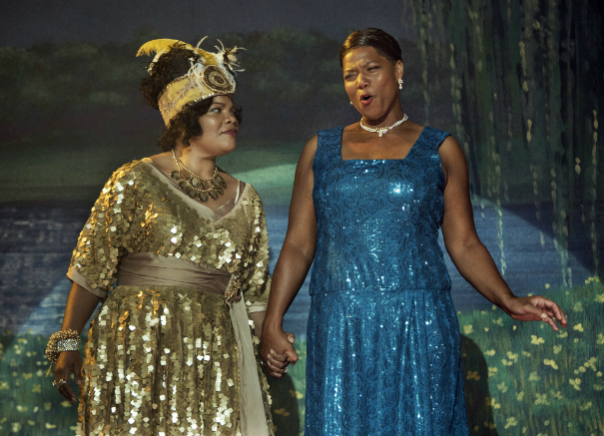 Okay, so technically this is a television movie. But it’s not television, it’s HBO! Also, I saw it on the big screen at LACMA. Queen Latifah gives the performance of her career as Bessie Smith. She’s larger than life, but also raw, personal, and fragile. Mo’Nique continues to show an amazing range, remaining one of the most talented, yet under-valued performers of her generation.

I saw so many great documentaries this year! This one is shortlisted for the Academy Award and I hope it gets a nod (and wins!), because it is just so powerful. I didn’t know much about Nina Simone, other than her amazing songs, going into this film and when it was over I felt like I’d learned so much, and yet knew there was so much more to know! I love that kind of documentary.

While I didn’t quite manage to finish Hardwicke’s filmography this year, I did see quite a few of her films and I’m really not quite sure why she’s so dismissed. She has a very particular style of cutting her films, often described as frenetic, that people seem to always hate on. Do me a favor, go watch a Paul Greengrass film and look at how he cuts his films. Notice anything? Yeah, they have similar styles. But somehow because Greengrass makes manly films his style is praised. Phooey on you! But I digress. Toni Collette gives one of the best performances of the year as a woman who goes through the many stages of grieving – for herself – after being diagnosed with cancer. We see how this affects her relationships with everyone from her best friend (played with a light and lovely touch by Drew Barrymore), her mother, her children, and her husband. But most importantly, we see how it affects her relationship with herself. A wonderful film that, like By The Sea, will probably be rediscovered years later.

I almost didn’t see this film because I didn’t particularly care for the marketing, but one of my co-workers watched it when it hit Netflix and talked about it for weeks, so I figured I just couldn’t skip it. I’m so grateful for her raving! It’s nothing like I thought it would be. While there is underlying darkness to the situation in which the brothers in the documentary lived, what director Crystal Moselle focusing on is their light. It’s a film filled with hope and a hymn to the power of cinema as a window into other worlds. I loved every minute of this movie.

Like I said, I saw a lot of great documentaries this year. I didn’t know anything about Peggy Guggenheim going into this film, and when it was over I felt like I should have always known about her! What a character! What an important voice for modern art! But this isn’t just a film about a woman and her love of art; it’s a deeply feminist film about a woman who was in a position to flout mid-century conventions and live her life as free as possible. It would be nice to think the double standards she faced in the first half of the century were gone now, but then you look at the state of the world and realize we still have so far to go.

Lastly, another documentary about a great woman who did what she had to in order to live her life as she saw fit. Using excerpts from letters Joplin sent to her family, we get a glimpse at how she felt about her art and her fame, her life and the world around her. Fun Fact: director Amy J. Berg actually had four films out this year, the other three being: Every Secret Thing, An Open Secret, and Prophet’s Prey. Seeing documentaries like this and Miss Simone and Peggy, make me really wish more women got the biopic treatment. I mean, there were so many biopics of men this year! Gimme more biopics of women!

Again, you can see all the 2015 films I watched here. Look out tomorrow for my December wrap-up and my end of the year wrap-up! Happy New Year!