This monthly recap is a few days late because the month changed during DragonCon here in Atlanta and I was just too damn tired to get it written. This year I was on four panels and attended several more featuring my amazing coworkers at TCM/FilmStruck. I also wore five cosplay outfits. It was a lot. But also so so much fun. As for my watching in August, I had intended to watch a lot more Summer Under The Stars films on TCM in August, but somehow only managed to really tackle Barbra Streisand. I did, however, catch up on a ton of films about to expire on FilmStruck and saw several great new releases (including my favorite movie of the year so far). I also found myself finishing up my Downton Abbey binge that I started in July. More thoughts on that to come. As always, you can see everything I watched, a breakdown by year, and some favorites after the cut. 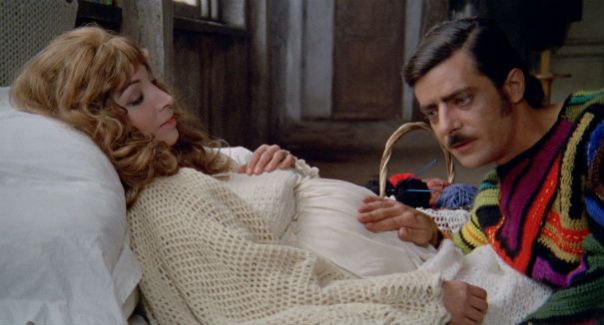 We have a few more Wertmüller films on FilmStruck that I need to catch up on but of the four I’ve now seen this is definitely my favorite. Like most of her filmography its a deeply political dark comedy that comments on contemporary Italian society. It features two of Wertmüller’s most common collaborators: Giancarlo Giannini and Mariangela Melato, who have chemistry in spades. Giannini plays the titular Mimi, a blue-collar worker who gets swept away both by communism and organized crime, neither of which he completely believes in. It’s at times riotously funny and dizzyingly romantic, while always being lush and colorful in its cinematography.

Akhavan’s debut film Appropriate Behavior was my favorite film of 2015 so I was stoked when I heard she had a new film out of Sundance earlier this year. I was not disappointed. Much like her earlier film this one will probably slip under the radar despite its relatively well known leads because of it distribution (not a diss on the company that is releasing it, but definitely a diss on the bigger distributors that passed it up). Based on a 2012 book by Emily M. Danforth, the film is set in the early 90s and it follows teenager Cameron Post (Chloë Grace Moretz) who is sent to a conversion therapy camp after being caught with her (secret) girlfriend on prom night. We then watch as the camp does the opposite of what is intended: Cameron becomes more sure of who she as a burgeoning lesbian, finding solace in fellow attendees who also know they shouldn’t be here (Sasha Lane and Forrest Goodluck). A scene involving Donna Deitch’s Desert Hearts will separate those versed in queer cinema from everyone else. 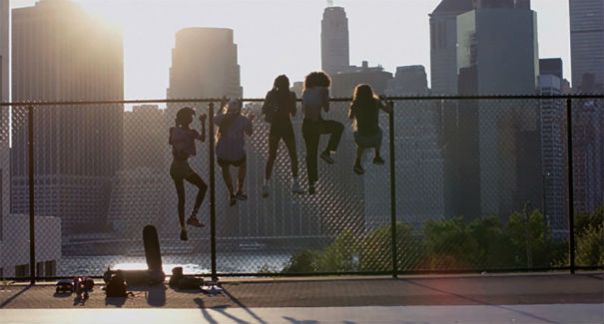 I absolutely loved Moselle’s debut documentary The Wolfpack, so when I heard she was making a narrative film I was very intrigued. This film features real members of a NYC skate collective known as The Skate Kitchen playing fictionalized versions of themselves. This was the first movie all year to truly wow me. It’s so wild and free and ferocious in its celebration of teenage girls in general and these girls’ love of skate in particular. The cinematography by Shabier Kirchner blew me away and reminded me of some of the great surf films. It also had my favorite needle drop of the year, with kids skating around NYC at night while Khalid’s “Young Dumb & Broke” plays. It’s pure cinematic poetry. So far this is the film of the year for me.

We had several Pabst films up on FilmStruck for months and in my true tradition I waited until the last minute to binge them all before they expired. I am so glad I finally saw this devastating film. It stars the otherworldly Louise Brooks as Thymian, the daughter of a chemist who finds out hard truths about life after her father’s lover commits suicide and she herself is raped by her father’s partner. Separated from her child and sent to a reform school when she refuses to marry the rapist, she slowly falls deep and deeper into the world of lost people. What is so powerful about this film is that Thymian never loses her empathy and as the film closes, her final acts of goodness underscore the film’s theme that those lost people are still people and everything would be better if we all acted out of love. As much as I love Pandora’s Box, I think this may be the stronger of the two films.

Okay so I love close-ups. Give me all the close-ups. In this Pabst film he frames so much of the film in close-ups, but in such a way that I have rarely seen. There are moments of act all done in close-up that completely took my breath away. The plot is pure pulp with backstabbing lovers and business partners, scheming gold-diggers (spoiler: it’s a man in this!), and even a climatic end sequence on a train. But Pabst is such a technically brilliant filmmaker that he takes all of this and elevates to another level (much the way Sirk would in the 1950s). Just an astonishing piece of late-era silent cinema. 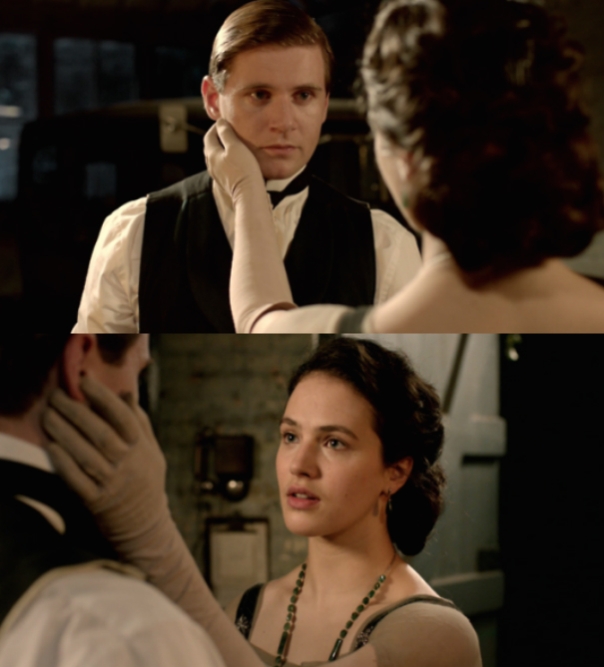 I also finished all of Downton Abbey and all I really have to say is Lady Sybil and Tom are my favorite characters and I think the later seasons (no spoilers!) and better than the earlier seasons for a very specific reason (a character I haaaaated leaves) and the best character arc was Lady Edith, although they put her through way more trauma than she deserves. Hit me up if you want to argue (or gush) about this silly show.

So that was August. There’s a ton of stuff expiring from FilmStruck in September, so my guess is the bulk of what I watch this month will be those films. There are also a ton of films coming out in the next few weeks that I want to watch (plus a few that I missed that I hope to catch up on). It’s festival season, so be wary of all the hype (and backlash, and backlash backlash) of all the films that will be debuting. Remember to watch things with an open mind and come to your own conclusion. Film is personal.