This was the 10th anniversary of Noirvember this year! It was really amazing to see just how wide spread the celebration has grown over the last decade. I’m grateful for everyone who participates, and am so happy that so many people are able to discover new favorites every year. As always, you can see all the films I watched in November, plus a few highlighted favorites, after the cut.

Just a note: most of the films that are Netflix films I have watched way before when I post about them (because it’s my job!), so I wait until they are available on the service to include them in my round up.

This year for Noirvember I watched a lot of lower budget films (and some neo-noir), and there were three films that really stuck with me through the month. I also want to highlight two 2019 films that I loved, and one new-to-me celebrated its 50th anniversary this year.

I never would have thought that George Raft could be so charming! This film follows an LA police detective (Raft) investigating the possible suicide (but probable homicide) of a famous musician. As I said, Raft is incredibly charming (maybe even a little sexy???) in this film, while Lynn Bari almost steals the show. Glad I finally caught up with this film.

You really can’t go wrong with Robert Siodmak. He is one of the undisputed masters of this era. Shot on location throughout NYC, this film follows two police detectives (Victor Mature and Fred Clark) as they haunt for a fugitive (Richard Conte). You also get bonus early appearances by Debra Paget and Shelley Winters. This is everything you want from Fox during this period.

This was a true low-budget b-noir and I loved every 70 minutes of it. It follows a man (Albert Dekker) who puts a hit on a woman’s fiancée – without telling the person who hired the hit the name of the fiancée – but when she decides to marry him instead, the man who is hiring the hit dies before it can be called off. Dekker spends the rest of the film paranoid that someone is going to kill him. It’s delightful. 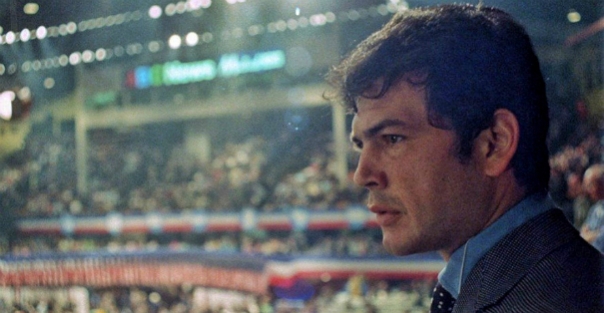 I saw this at the New Bev as part of their month-long tribute to the late Robert Forster and it really knocked me out. It’s the kind of movie that when it’s over you wonder why any one else makes movies if they aren’t like this. I would suggest going in not knowing much about the plot or the filmmaking story and just let it wash over you.

All I’m gonna say is this is the perfect culmination of many careers. The ultimate “late” film.

A Beautiful Day In The Neighborhood, 2019 (dir. Marielle Heller)

I wasn’t sure if I would like this movie as I didn’t grow up with a lot of Mister Rogers and I wasn’t a big fan of the doc from last year. But Heller’s Can You Ever Forgive Me? from last year was one of my favorites, so I gave it a chance. And boy am I glad I did. It hit from a very deep, emotional place that I was not expecting. I felt some parallels with the protagonist (the journalist played by Matthew Rhys, not Roger – though Tom Hanks is excellent in his role) and it almost felt like I was getting therapy from Fred Rogers from beyond the grave.

Now we are in December, which means the rush to cram in all the end-of-the-year movies. I’m traveling one more time for work this year, so I don’t know how much I’ll actually be able to cram. Surreal that not only is this the end of the year, but it’s the end of a decade. And what a decade it’s been.