My watching as I dove head first into the New Year followed a few distinct phases. For the first week or so I did not have a working computer, so rather than relying on streaming I delved into the wild world of blind-bought Blu-rays that had been piling up (mostly from Kino, Twilight Time, and Criterion). You can also detect some frantic catching up on films on the Criterion Channel that expired at the end of January, films on Netflix that I had actually watched months ago back when that was my job, a deluge of screeners for Best International Oscar contenders (lots of free screenings of those popping into my inbox; I was overjoyed!), and lastly a handful of films from the Sundance Film Festival. As always, I’ll highlight a few favorites after the cut.

I think you can tell from the incredibly large list that I am unemployed, as I haven’t really hit numbers like that in a decade (aka the last time I was unemployed). I will say that this month of viewing was incredibly fruitful and thus I’m highlighting a bunch of films (and really could highlight even more; there were very few misses this month.)

It’s really hard to go wrong with a Mazursky. Inspired in part by Mazursky’s own grandfather’s immigration story from the Ukraine 80 years earlier, the film follows Vladimir Ivanoff, a saxophonist with the Moscow circus (Robin Williams) who decided to defect from the Soviet Union while on a trip trip to New York City. Taken in by one of the security guards at Bloomingdale’s (Cleavant Derricks), we see Vladimir adjust to life in the United States as he navigates the immigration system, falls in love with a fellow immigrant (María Conchita Alonso), and builds a new life for himself starting from literally nothing (he even loses his saxophone during his defection!). A love letter to both New York City and the idea of the American Dream (watch this scene and try not to cry), the film feels as timely now (maybe even more so), than it did during its Reagan-era release in 1984. Robin Williams gives possibly the most empathetic performance of his career – in a career chock full of empathy. Truly a masterpiece. 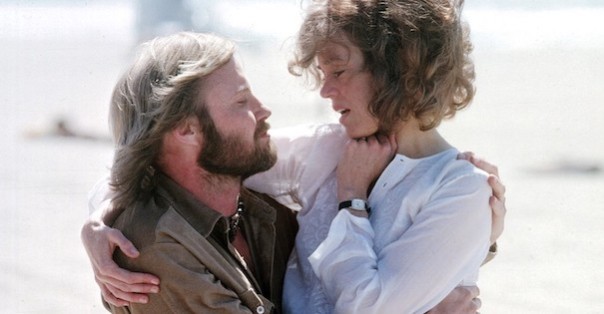 I do not think anyone had a better run of films than Hal Ashby in the 1970s: The Landlord (1970), Harold and Maude (1971), The Last Detail (1973), Shampoo (1975), Bound for Glory (1976), Coming Home (1978), and Being There (1979). This was the last of those films I hadn’t yet seen and damn I’m glad I finally caught up with it. Jane Fonda plays Sally Hyde, whose husband (Bruce Dern) has just been deployed to Vietnam in 1968. While volunteering at the local VA hospital she meets a paraplegic veteran named Luke (Jon Voight), and the two form a bond as Sally learns more about herself and her beliefs. This was Fonda’s first film with her production company IPC Films and was inspired by her Ron Kovic (whose life inspired the Oliver Stone directed biopic Born On The 4th of July). Fonda and Voight both won Oscars for their stunning performances, as did the screenplay by Waldo Salt, Robert C. Jones and Nancy Dowd.

Carey Mulligan has been my favorite actress for about twelve years now and I was really bummed I wasn’t able to see this before the end of the year last year but it did not disappoint. Mulligan plays Cassie, a woman whose life has been derailed by the rape and subsequent suicide of her lifelong best friend Nina. She spends her nights pretending to be just drunk enough to need help (read: get preyed on) by “nice guys” who then try to take advantage of her. She is of course not drunk and uses the opportunity to scare them straight. Things take turn for the better – and then starkly for the worse – when she runs into Ryan (Bo Burnham), an old classmate from the med school she dropped out of in the wake of her friend’s death. I don’t want to spoil the rest of the film (and you should not read more before you watch!), but just want to state firmly that the tonal shifts and last third of the film worked extremely well for me and I hope Carey gets her much-deserved second Oscar nomination for this fearless performance. 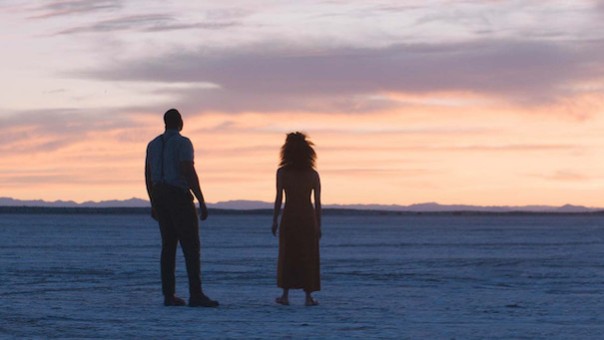 This film premiered at the 2020 Sundance Film Festival (where it won the Waldo Salt screenwriting award) and I caught it as part of a screening heading into the voting period for the Independent Spirit Awards (it’s up for Best First Feature and Best Supporting Male for Benedict Wong). Probably another film best to not know much about before going into it, I will say that Winston Duke gives a wonderfully deep and empathetic performance as an arbiter who judges souls before they are chosen to be born (there is a lot more to this world, but again I suggest not reading up on it until you’ve seen it). Duke has very expressive eyes and he is able to use them to their full power in this film (as well as the deep voice!). I hope we see him in a lot more challenging roles like this. Ultimately the film is meditation on empathy, strength, and what it takes to be fully open in this harsh world.

I have famously never been a fan of The Wizard of Oz (I know, I know), so I had never gotten around to watching this film and boy did I fuck up. This movie is a revelation. It is masterfully directed by Sidney Lumet (one of the all-time greatest technical directors), filled with absolute BOPS sung by Diana Ross (Dorothy Gale), Michael Jackson(Scarecrow),  Nipsey Russell (Tin Man, and Ted Ross (Cowardly Lion). You can feel the inspiration disco culture on the film and I mean that in a very, very good way. The colors are vibrant and the styles are killer. Richard Pryor gives a surprisingly melancholic performance as the titular Wiz and Lena Horne graces us as Glinda the Good Witch of the South. 10/10 perfect scores across the board.

The best film you will EVER see about drapes. Some of the psychology is a bit wacky, but this melodrama ramps up the DRAMA from the first frame and never lets up. The cast is to die for: Richard Widmark, Lauren Bacall, Charles Boyer, Gloria Grahame, Susan Strasberg, Oscar Levant, Fay Wray, and Lillian Gish! Minnelli shoots it in Technicolor and ultra widescreen CinemaScope and he KNOWS what is he doing. Truly just let this soap wash over you and soak in it. 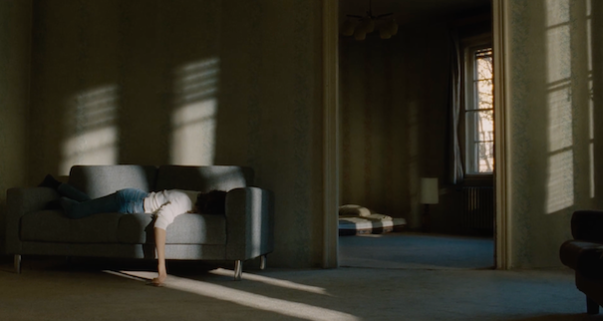 The absolute best film I have ever seen about the horrors of falling in love. Set up like a psychological thriller, this is Hungary’s submission for the Best International Film award at the Oscars and I so hope it makes the cut. Led by a mesmerizing performance by Natasa Stork, the film follows a doctor who has returned to Budapest for the first time in twenty years after she falls in love at first sight with a fellow Hungarian doctor at a conference in New Jersey. They make a plan to meet in Budapest in one month. She shows up; he does not. When she tracks him down he doesn’t remember her. Is it all in her head? Did they really meet? Did I mention they’re neurosurgeons? You can know everything about fixing someone’s brain, but you won’t ever truly know what’s going on inside someone else’s mind. Heartbreaking, horrific, honest. I loved every minute of this violently romantic film.

Believe it or not I first saw this film last MAY because I had been obsessively tracking its post-production and as soon as it was available to watch (this was for my old job) I POUNCED. At one point it was going to be released in the fall and it very much would have made my Favorite Fifteen list if it had. A movie that mentions trowels multiple times is aces in my book (my parents were archaeologists), but then you add Carey Mulligan AND Johnny Flynn and it’s like I have no choice to but to be enamored. Fans of the work of Terence Davies I think will be attuned to this films vibe. Set in 1939, it follows the excavation at Sutton Hoo (read more about that here). While the film does take historical liberties with the story, it more than makes up for it with its dreamlike cinematography by Mike Eley and stirring quartet of lead performances from Mulligan, Flynn, Ralp Fiennes, and Lily James.

Going into Sundance 2021 I was only going to watch films directed by women, but this title piqued my interest and I like co-writer/co-director/star Kentucker Audley in the films of Amy Seimetz, so I decided to give it a pass. I’m very glad I did. Imagine if you take Michel Gondry’s The Science of Sleep, Hal Ashby’s Harold and Maude, and David Lynch’s Rabbits in a blender, you might start to be on this film’s wavelength. While the anti-capitalism theme is a bit on the nose, what drew me in was its rich understanding of dreams – both in the literal sense of subconcious dreams – but also the dreams we have for ourselves, our lives, our desire to love and be loved, and the need to share things with others.

Based on the 1929 book of the same name by Nella Larson, this is the story of two friends who unexpectedly reunite after a decade apart. as Irene (Tessa Thompson) and Clare (Ruth Negga) are both light skinned enough to “pass” as white; Irene only passes when it helps her do things that are denied her race at the time (comfortably shopping at white stores, taking a tea break on a hot day at luxury hotel), while Clare has spent the last decade completely passing as white (and is in fact married to a violently racist white man). The film, like the book, tackles themes of racism, colorism, classism, and sexuality (spoilers: it’s queer as hell. side note: I love this aspect of the film because I think I read as straight and probably “pass” as straight in certain situations because it’s easier than explaining what pansexual means [side-side note: online dating is hell]). In a Q&A after the premiere at Sundance, writer-director Rebecca Hall said she first read the book when she was about 25 and started asking questions about her lineage (her grandfather, and quite possibly her great-grandparents were white-passing African Americans) and wrote the first draft of the screenplay then. After some encouragement from Oren Moverman (She starred in his film The Dinner) and Angela Robinson (she starred in Robinson’s excellent queer biopic Professor Marston and the Wonder Women), she began to start work on the film in earnest. Negga, Thompson, and André Holland are some of the best working actors today and they are all at the top of their game here. I hope this film gets the right distributor behind it and finds the audience it deserves.

So that was January. I have quite a few plans for how I am going to fill February, so I’m looking forward to another great month of cinema.