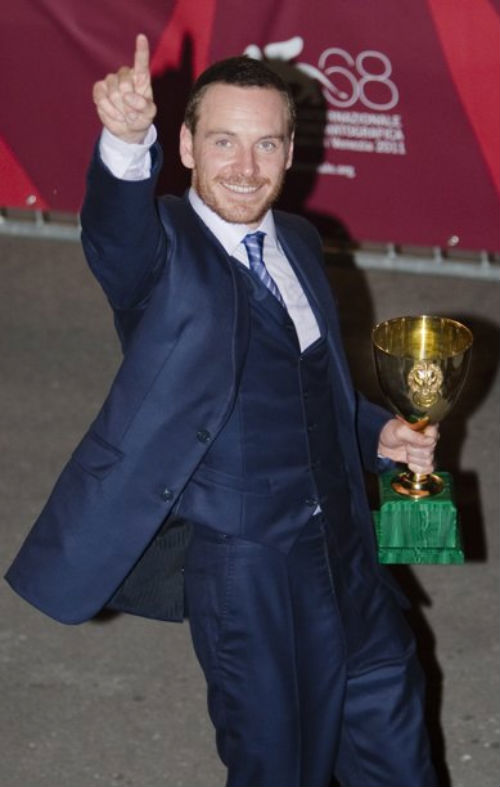 Russian director Aleksander Sokurov’s “Faust,” a new take on The German legend about the quest for knowledge at all cost, won the Golden Lion prize at the Venice Film Festival on Saturday.

Dense and difficult to watch, “Faust” was nevertheless one of the critics’ top choices among the 23 in-competition films at Venice this year. It snapped up the top prize by the jury headed by Darren Aronofsky, whose “Black Swan” opened Venice last year.

The best actor award went to Michael Fassbender for his portrayal as a sex addict in Steve McQueen’s “Shame,” while the best actress award went to Deanie Yip, who plays an aging domestic servant opposite her master in Hong Kong director Ann Hui’s “A Simple Life.”

The Silver Lion prize for best director went to this year’s surprise entry at the Lido, Beijing-based Shangjun Cai for “People Mountain People Sea.” And the special jury prize went to the Italian-French production “Terraferma,” about the influx of migrants to a tiny Italian island, by Emanuele Crialese.

All contenders at the world’s oldest film festival were world premieres.

“Faust” tells the tale of a professor, played by Johannes Zeiler, who craves knowledge and sells his soul for the love of Margarete, played by Isolda Dychauk. The Mephistopheles character is played by Anton Adasinskiy.

The film marks the final chapter in Sokurov’s four-film look at the relationship between man and power that began with “Moloch” in 1999 about Hitler, “Taurus” a year later about Lenin and the 2005 film “The Sun” about Japanese Emperor Hirohito.