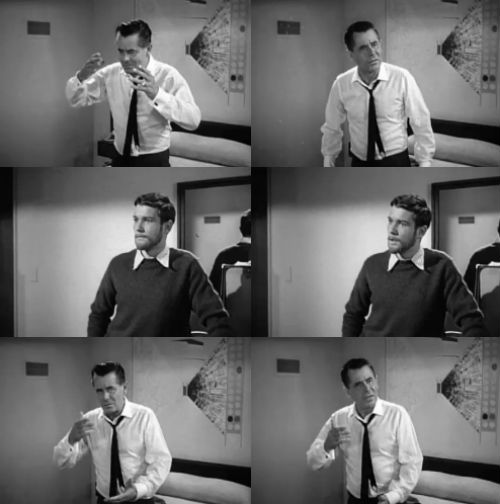 Harry Mork: Patrick, you just can’t go around sleeping with girls at all.
Patrick: Haven’t you ever?

So for me the month of May started at  the last day of the TCM Classic Film Festival (you can see my coverage of that festival here at YAM Magazine). On that last day I saw one new-to-me film (Night Flight) and one of my all time favorites (West Side Story). What a great way to start the month! I saw less films this month than the other months in 2011 (you can see all those posts here), but I did manage to finally see all 123 film in the combined AFI 100 Years. . .100 Movies lists (the last two I needed to see were The Grapes of Wrath and Intolerance). I did A LOT of subbing towards the end of the month and I also MOVED TO SAN FRANCISCO. Yes, my friends, I am back in the big city. I love it here. My grad school starts up on the 20th, so my film watching will probably decline a little. But I do have big plans to see classic films on the big screen often at the Castro Theatre and I’ll actually be able to see all kinds of new releases. So this is great. The one downside: no. more. TCM. or DVR. This is going to be tough. I love TCM so much. I will miss that channel. I’ll probably go through withdrawal. But enough sadness, on to the 101 new-to-me films I did manage to watch in May.

END_OF_DOCUMENT_TOKEN_TO_BE_REPLACED

Tags: 2011 in Films, Bell Book and Candle, Dear Heart, Judgement at Nuremberg, Midnight in Paris, The Grapes of Wrath