Movie Quote of the Day – The Prestige, 2006 (dir. Christopher Nolan) 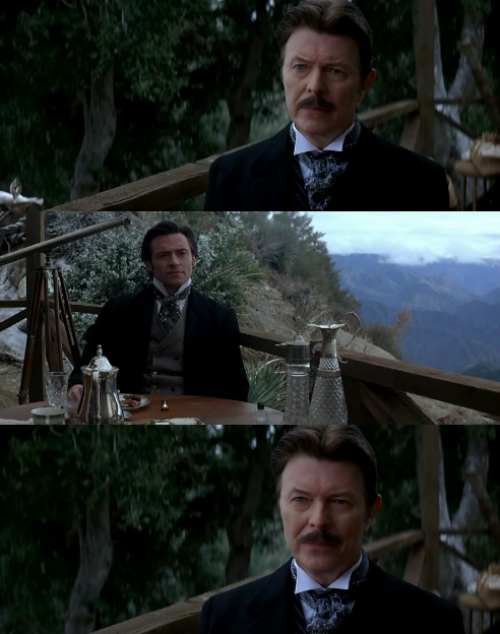 Robert Angier: I need something impossible.
Nikola Tesla: You’re familiar with a phrase ‘Man’s reach exceeds his grasp’? It’s a lie. Man’s grasp exceeds his nerve. Society only tolerates one change at time. The first time I changed the world I was hailed as a visionary. The second time I was asked politely to retire. And so here I am. Enjoying “retirement.” Nothing is impossible, Mr. Angier. What you want is simply expensive. 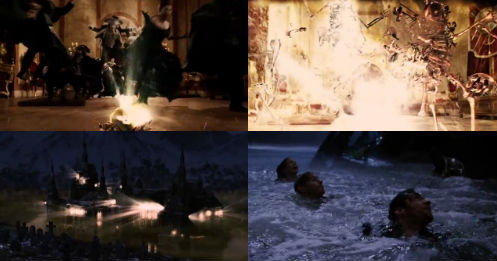 Van Helsing: You’re a genius!
Carl: A genius with access to unstable chemicals!

Movie Quote of the Day – The Fountain, 2006 (dir. Darren Aronofsky)

Tom Creo: All these years, all these memories, there was you. You. . .you pulled me through time. 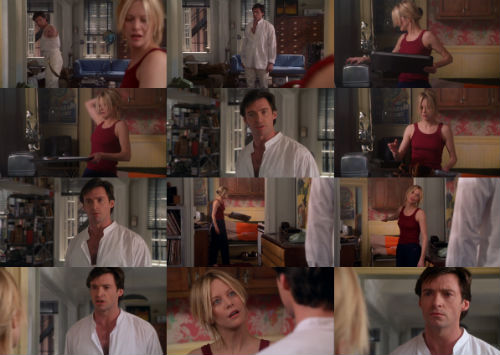 Leopold: That thing is a damned hazard!
Kate: It’s just a toaster!
Leopold: Well, insertion of bread into that so-called toaster produces no toast at all, merely warm bread! Inserting the bread twice produces charcoal. So, clearly, to make proper toast it requires one and a half insertions, which is something for which the apparatus doesn’t begin to allow! One assumes that when the General of Electric built it, he might have tried using it. One assumes the General might take pride in his creations instead of just foisting them on an unsuspecting public.
Kate: You know something? Nobody gives a rat’s ass that you have to push the toast down twice. You know why? Because everybody pushes their toast down twice!
Leopold: Not where I come from.
Kate: Oh, because where you come from, toast is the result of reflection and study!
Leopold: Ah yes, you mock me. But perhaps one day when you’ve awoken from a pleasant slumber to the scent of a warm brioche smothered in marmalade and fresh creamery butter, you’ll understand that life is not solely composed of tasks, but tastes.
Kate: Say that again.
Leopold: Pardon me?

After first trailer I was excited for Anne Hathaway, but that was about it as far as Academy Award winner Tom Hooper (The King’s Speech) and his new version of Les Mis was concerned. But then last week they released a behind the scene featurette (posted below) that had interviews with the cast discussing how they recorded the music live as they were filming. They were so excited, that I became excited. Now we’ve got this poster, which is a take on the classic artwork for the musical. I can dig it.

Jane: What are you thinking?
Eddie: I’m thinking the same thing you are, Jane. You and Ray are gonna’ live happily ever after with matching volvos and chocolate labs. See you Monday.
Jane: Did you have *any* friends growing up?