I read about this film in a book that traced the history of Los Angeles’s Bunker Hill in the movies (mostly focusing on film noir) and this film was mentioned because Lupino filmed several scenes in that neighborhood. After I saw the synopsis and the cast (Edmond O’Brien, Joan Fontaine and Ida herself), I just had to watch it. It’s a great drama (with film noir elements; I think you could definitely make the case that it is noir) about a man who finds himself married to two women.

END_OF_DOCUMENT_TOKEN_TO_BE_REPLACED

Nick Bradley: I love you so much I wish I liked you. 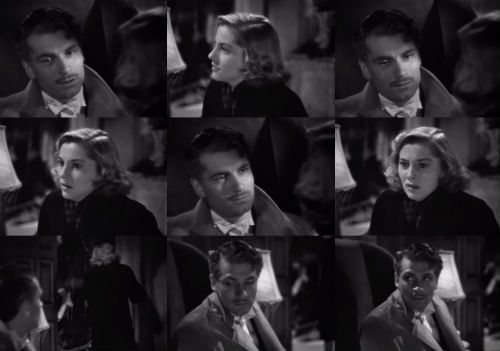 Maxim de Winter: The woman that was washed up at Edgecombe, the woman that is now buried in the family crypt, that was not Rebecca. That was the body of some unknown woman, unclaimed, belonging nowhere. I identified it, but I knew it wasn’t Rebecca. It was all a lie. I knew where Rebecca’s body was. Lying on that cabin floor on the bottom of the sea.
Mrs. de Winter: How did you know, Maxim ?
Maxim de Winter: Because I put it there. Will you look into my eyes and tell me that you love me now ? You see ? I was right. It’s too late.

Recently remastered and released by the Warner Archive, Born to Be Bad is an early, but important effort from landmark director Nicholas Ray. The film was released three months after Ray’s breakthrough masterpiece In A Lonely Place, starring Humphrey Bogart and Gloria Grahame. While this film seems a lesser effort in comparison, I think much of the fault lies with the studio; Born To Be Bad had five writers and it feels like it. That said, this remaster is beautifully done and the disc comes with the original theatrical trailer, as well as a newly found and restored alternate ending. More on that after the cut.

END_OF_DOCUMENT_TOKEN_TO_BE_REPLACED

David Lawrence: That was entirely premeditated.
Manina Stuart: I didn’t think it was gravity. [beat] And I don’t think we should make a habit of it.