I finally saw this movie a few months ago after being a fan of Sidney Poitier since I was a little girl. I have no idea what took me so long. It is a marvelous film and Poitier gives such a stirring performance. Though he was already on his way to being a huge star in his own right, this film cemented him in the history of cinema and paved the way for countless others while it was at it. It was nominated for five Academy Awards, winning one: Best B&W Cinematography, Best Supporting Actress Lilia Skala, Best Adapted Screenplay, Best Actor Sidney Poitier (won) and Best Picture. It was up against America, America, Cleopatra, How The West Was Won and winner Tom Jones. 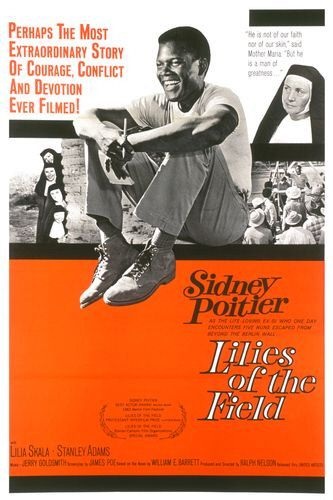