This is definitely one of my favorite of Hitchcock’s films and one that is rich with imagery and ideas. I am going to give you some of my thoughts on the film, but I am not going to claim to be an expert on this film. It’s definitely one that needs many rewatchings and explorations. I would really love to hear thoughts from my readers on this film solely because it is so rife with ideas. Also, beware there will be a major SPOILER about the ending, so if you’ve never seen it, you might want to not read to the end of this post. The film was nominated for six Academy Awards, winning one: Best Score Miklós Rózsa (won), Best B&W Cinematography, Best Special Effects, Best Supporting Actor Michael Chekov, Best Director and Best Picture. The other films nominated that year were Anchors Aweigh, The Bells of St. Mary’s, Mildred Pierce and winner The Lost Weekend. 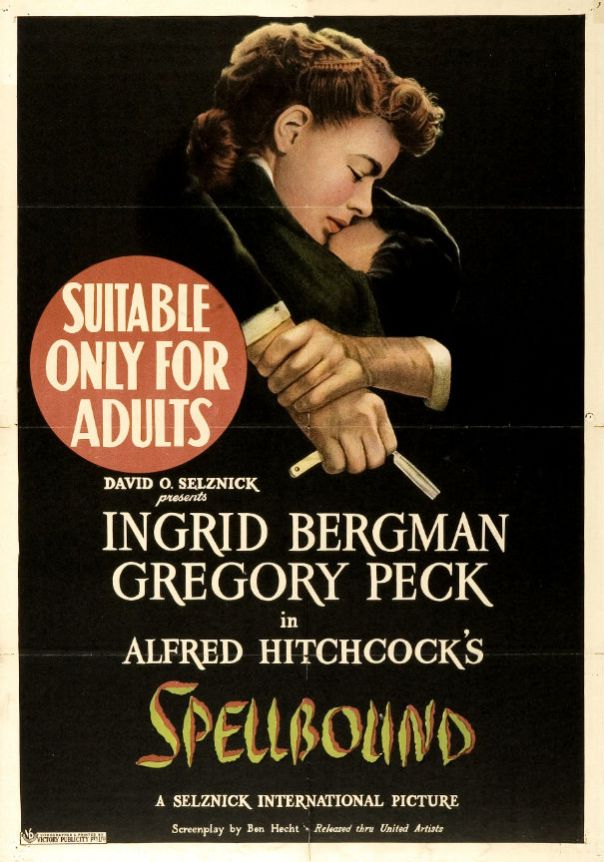