Love it or hate it, Citizen Kane made an indelible mark in cinematic history and will forever be lauded as one of the great films ever made. The American Film Institute listed it as the #1 American film on both their 1998 list of the 100 Greatest American Films and their Ten Year Anniversary list from 2007. Everybody knows that quote “rosebud….” whether they know what it refers to or no. It did not, however, win the Academy Award for the Best Picture of 1941. No, indeed, that award went to the schmaltzy Zanuck produced, John Ford directed family drama/literary adaptation How Green Was My Valley. I recently saw that film, and I must say I found it to be the most boring of all the Best Picture winners I’ve seen (I’ve only got six left to watch!) I can see why it won though, Academy Politics and John Ford at the helm and Darryl F. Zanuck as producer. But it definitely is not a film that endures or a film many will remember, other than perhaps how much it bored them, the way thatCitizen Kane will. Kane is a classic in every sense of the word. It was nominated for nine Academy Awards, ultimately only winning one. Those nominations were Best Film Editing – Robert Wise (who would go on to become a great director/producer in his own right, winning four Academy awards), Best Score, Best Sound, Best B&W Cinematography, Best B&W Art Direction, Best Actor Orson Welles, Best Director Orson Welles, Best Original Screenplay Orson Welles and Herman J. Mankiewicz (won) and Best Picture. It was up against Blossoms In The Dust, Here Comes Mr. Jordan, Hold Back The Dawn, One Foot In Heaven, Sergeant York, Suspicion, The Little Foxes, The Maltese Falcon and winner How Green Was My Valley. 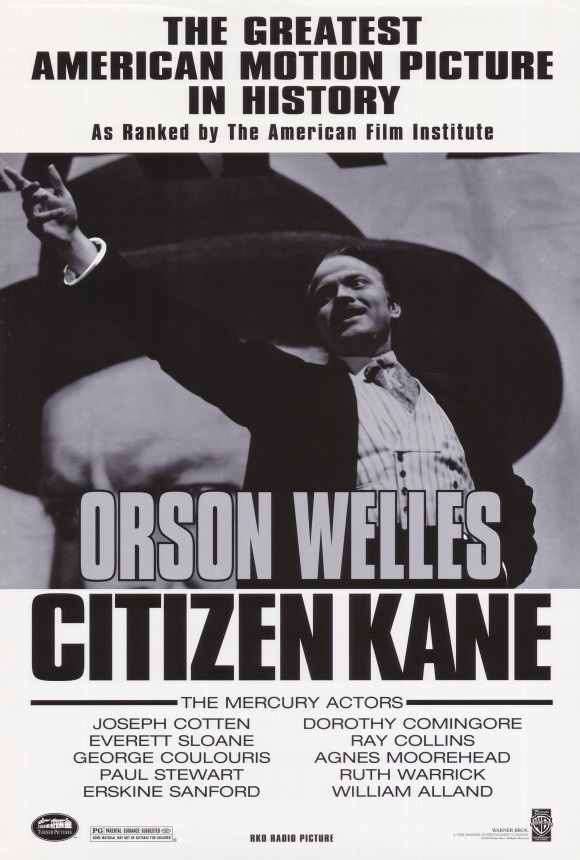 Beware, if you’ve never seen the film before there will be at least one really big spoiler.

I am in major awe of Orson Welles. He was only 25 years old when he co-wrote, produced, starred in and director this film. That is a lot of work and a lot of ideas all from one rather young man. Welles was courted by Hollywood after having major success in the theatre with his Mercury Players and his controversial 1938 radio broadcast of War of the Worlds. In 1939 he signed a contract with RKO Pictures and was given the freedom to develop his own story and use his own cast and crew, and was given final cut privilege, which was highly unusual for a brand new director. I’m not going to spout any more trivia at you about the making of and his issues with RKO and all of that. I’m just going to say that whether you love this film or you hate this film or you’re somewhere in between, you cannot deny that immense amount of talent Welles had in order to pull this all together. Jean-Luc Godard once said of Welles, “Everyone will always owe him everything.” 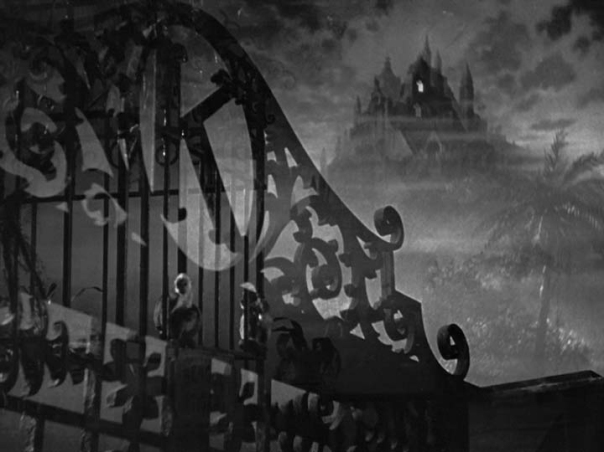 There are so many magnificent filmmaking techniques that were honed, as well as pioneered during the making of this film. There is a richness to this film, achieved with lighting and camera techniques, that I feel is really lacking in a lot of color films today. I really love black and white cinematography and this film is an example of some of the best that was ever done. Not to mention the film’s pioneering use of deep focus. Somehow, however, Gregg Toland’s groundbreaking cinematography lost the Academy Award to Arthur C. Miller’s work on How Green Was My Valley. There was nothing out of the ordinary about Miller’s work on that film. If anything, it’s kind of bland. 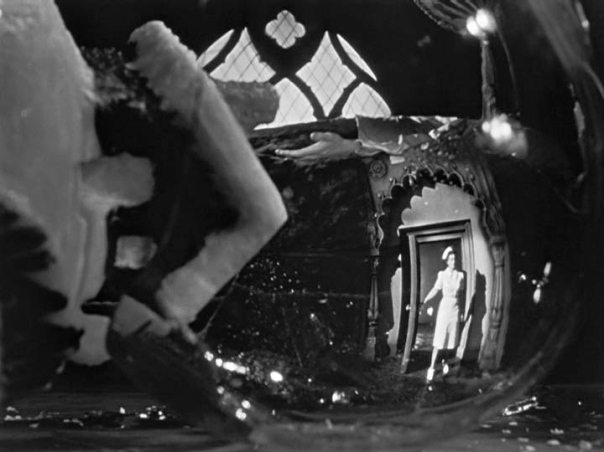 This is another shot I really love. The film begins as Welles’ Kane dies, whispering “Rosebud…” and dropping the snow globe he had been holding. The result is this marvelous shot. I don’t know enough about cinematography to know how they did this, all I know is, it is a damn good shot. 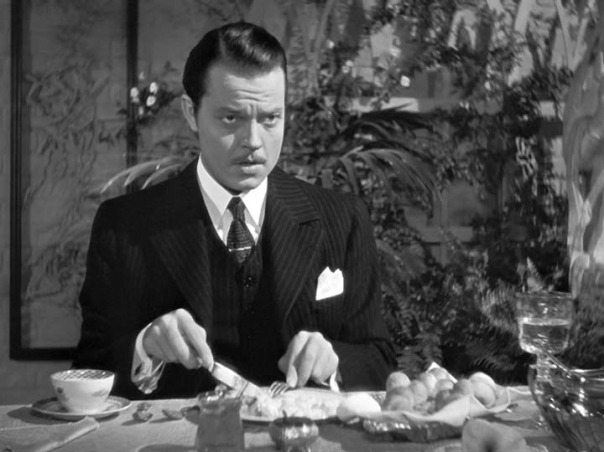 Orson Welles’ three nominations for this film  – as actor, writer, and director (the producers didn’t get nominated if the film was up for Best Picture, as they do now, instead the studio was nominated) – and his one win (writer) are the only competitive nominations he ever received, although he went on to have an illustrious career filled with highly acclaimed films and performances. He did, however, receive an Honorary Award for his body of work in 1971. Welles lost Best Director to John Ford for How Green Was My Valley, and I’m pretty sure I don’t need to expostulate anymore about how I feel on that subject. He also lost Best Actor to Gary Cooper in Sargeant York. I’ve actually seen Sargeant York and I will say that Cooper is wonderful in it, but his performance is nowhere near as timeless as Welles’ Kane. I think Cooper won because he was playing a revered American Hero, from WWI, and we had just entered WWII at the time. Whereas, Welles was playing a a figure largely based on William Randolph Hearst, while not an altogether hated man, also not one as wholesome and likeable as York. 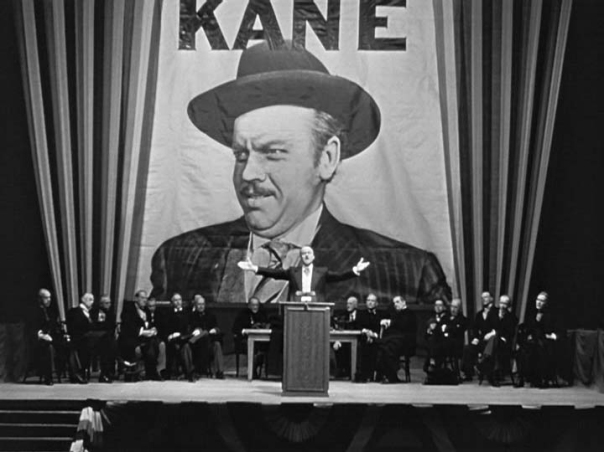 This is another iconic shot from the film that I just love. I think it kind of encompasses a lot of the films themes really quite beautifully. Kane in front of a larger Kane. The way the curtains on either side draw your eyes up, as if they were searchlights, pointed at Kane’s name. His arms outstretched as he passionately addresses a crowd. It’s another masterful shot in a film full of masterful shots. 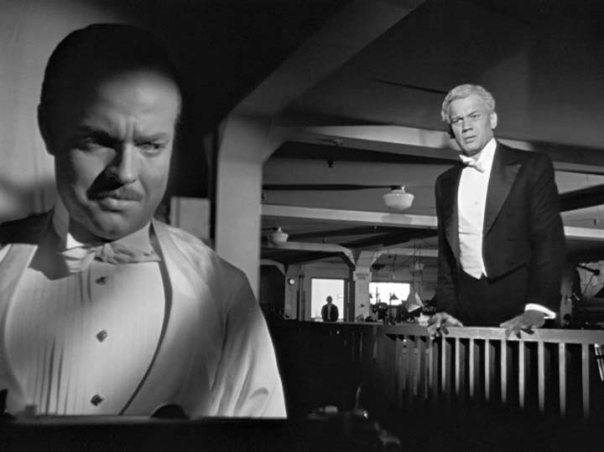 Along with Welles’ tour-de-force lead as Kane, the film is peppered with wonderful supporting performances. One of my favorites is Joseph Cotten as Kane’s some-time best friend Jedediah Leland. This was essentially Cotten’s first film role, in a career that spanned over 50 years, and it remains one of his best. 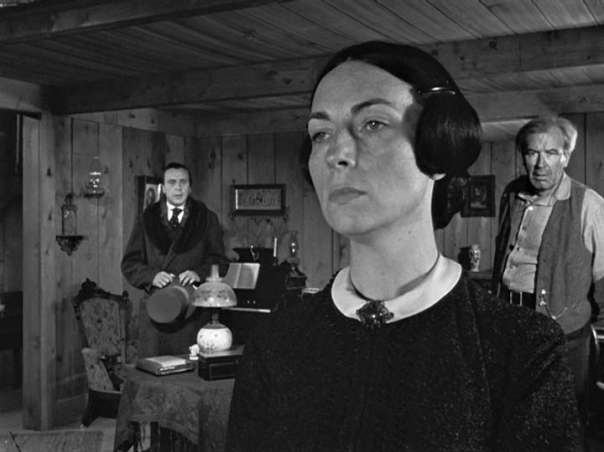 I also love Agnes Moorhead as Kane’s mother. Moorehead is perhaps best known for her whimsical role as Samantha’s mother Endora on the long-running television show Bewitched. In this film, however, she is delightfully cold and distant. 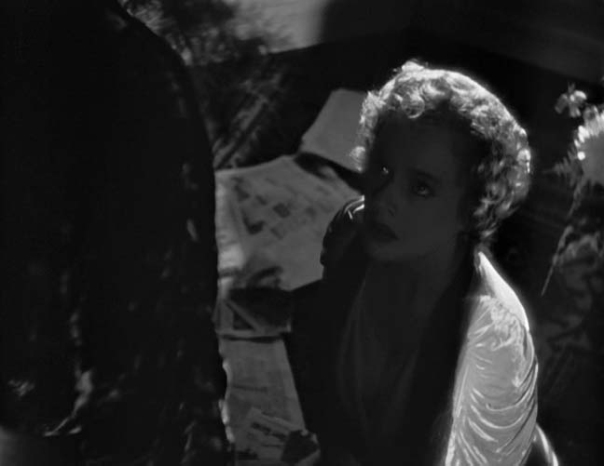 Doroth Comingore is absolutely fantastic as Kane’s mistress-turned-second-wife Susan. She goes head-to-head with Welles’ dominating performance and I think does a great job holding her own. Sadly, this is probably the only film for which Comingore is remembered, although she appeared in 20 films prior to its release (under the name Linda Winters). She only filmed  three films and made appearances on three television shows after Kane, before being blacklisted and being called on to address the House Un-American Activities Committee in 1951.

Do not read on if you haven’t seen the film, I am about to spoil the ending. 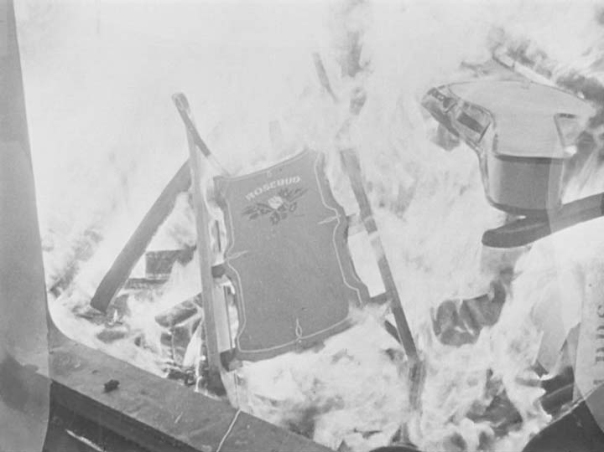 The final moments of the film create one of the greatest endings to any film ever. Rosebud is revealed to the audience be a sled Kane had enjoyed as a child, the only time in his life when he was truly happy. It is burned as junk after his death, the mystery of who was “Rosebud” to remain the greatest mystery of Charles Foster Kane’s life. The final shot mirrors the opening shot of Xanadu Castle, only this time with a pillar of smoke billowing out the top. 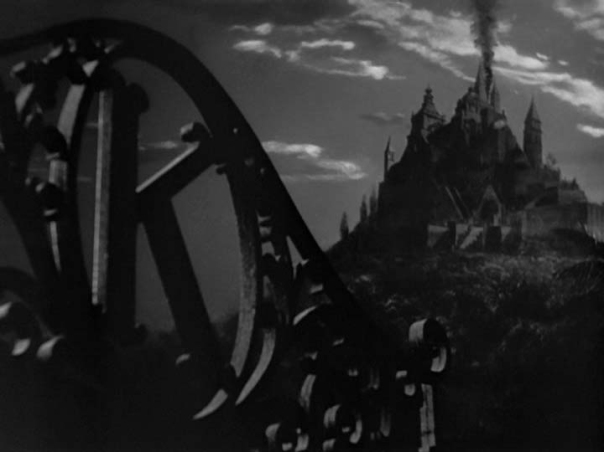 It’s a breathtaking shot and a perfect ending to perhaps a perfect film. Though the thought that “money can’t buy you happiness” was not a new idea, it is so perfectly executed throughout the film that it never once feels like a cliché. It’s a beautiful meditation on life and love and work and death and everything in between. I feel it’s just as fresh and relevant today as it was nearly 70 years ago and will remain so long after we’re all gone.

If you’re interested in buying Citizen Kane, you can do so here.