The original version of the twice re-made A Star is Born (though, the plot quite resembles 1932’s What Price Hollywood?), is quite wonderful. Perhaps not as memorable as the George Cukor/Judy Garland 1954 musical adaptation, the 1937 version is miles and miles better than the mediocre 1976 Barbra Streisand version. It’s also in the public domain, so it’s available to watch for free in various quality all over the internet. The film was nominated for seven Academy Awards, winning one: Best Writing Original Story (won), Best Writing Screenplay, Best Actor, Best Actress, Best Assistant Director, Best Director, Best Picture. W. Howard Greene was rewarded an honorary plaque for the color photography of the film, an award that was “recommended by a committee of leading cinematographers after viewing all the color pictures made during the year”. The other films up for Best Picture that year were: The Awful Truth, Captains Courageous, Dead End, The Good Earth, In Old Chicago, Lost Horizon, One Hundred Men and a Girl, Stage Door and winner The Life of Emile Zola. 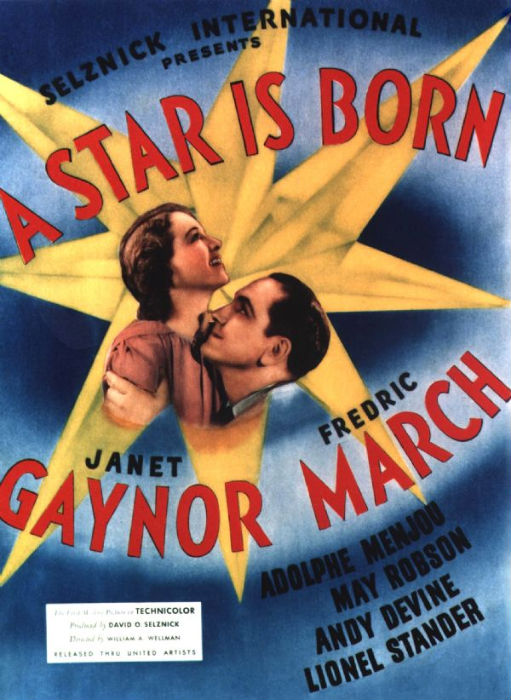 An early Technicolor film, I really wish someone would fund an undertaking to restore the film to its original quality. The prints available now are all a bit washed out and I have an inkling the color was once something quite breathtaking. 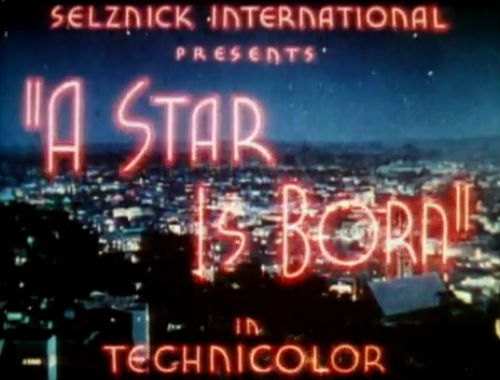 I absolutely love the way the film begins, with a shot of the city of Los Angeles at night. It starts with this exotic, dreamy feeling; exactly how many a girl (and boy) felt about the town and Hollywood and all that lay in wait for them when they got there.

Janet Gaynor is brilliant as Esther Blodgett, who dreams of making it big in Hollywood, and with a little help from her grandmother heads off to Hollywood to make this dream a reality. Gaynor was the first to win an Oscar for Best Actress (for Seventh Heaven (1927), Sunrise: A Song of Two Humans (1927) and Street Angel (1928); at the time the award was based on the individual and all their work for the time period was considered). She received her second, and only other, Academy Award nomination for this film. I particularly love that part of the film wherein the studio has decided to rename her Vicky Lester and they’re trying to decide who’s eyebrows to give her and paint on Joan Crawford-esque lips. It’s such a wonderfully tongue-in-cheek look at the studio’s star-making system. 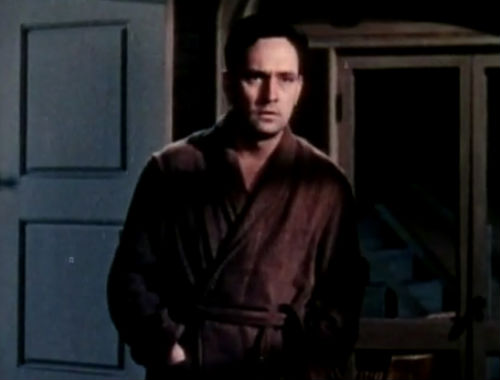 I’m not sure I can choose between Fredric March’s performance as Norman Maine in this version and James Mason in the 1954 version. They are both so perfectly desolate and broken men. Each bring their own charm to the role as well. This is probably my second favorite performance from Fredric March (narrowly behind his Oscar-winning turn in 1932’s Dr. Jekyll and Mr. Hyde). I think what’s so wonderful about the character of Norman Maine (in both versions) is how he perfectly encapsulates the way Hollywood would use up its stars and then just throw them away. But at the same time, the character’s own faults are partially to blame; he chooses to turn to drink as his career begins to fade. What I find so fascinating about the character is that it’s this new-ish profession, movie acting, especially at the time this version was made. Hollywood had only really been around for twenty years or so – just a generation. No one was used to such a short career. How does one deal with being a product that must be replaced often? So many stars at the time only last five or ten years before they were washed up. This film offers a unique insiders look at the cruelty of it all. March received one of his five Best Actor nominations for his performance in this film. The other were for: The Royal Family of Broadway (1930), Dr. Jekyll and Mr. Hyde (1931) [won, tied with Wallace Beery for The Champ (1931)], The Best Years of Our Lives (1946) [won], Death of a Salesman (1951). Unlike Norman Maine, March had a long and prosperous career spanning six decades.

Adolphe Menjou is great as producer Oliver Niles who, at the request of Maine, gives Esther her first screen test and eventually turns her into the star Vicki Lester. I think he’s one of the more sympathetic characters in the film. Menjou is one of the few great exceptions to the longevity rule in early Hollywood, starting his career in 1916 and acting in nearly 150 films over a nearly fifty-year period. I think this is because he mostly played supporting and character roles. Menjou was nominated for Best Actor for his role in 1931’s The Front Page.

Lionel Stander is one of my all-time favorite character actors. He is in everything (he made nearly 130 film and television appearances in a career that spanned seven decades). He’s a wonderfully grouchy press agent for the studios who makes no excuses for his behavior towards its stars. He gives them grief and refuses to offer them pity or do any favors. He is an observer and he knows that Maine has had more chances to save his career than he deserves, that he’s used up all his favors and cannot see why Esther bothers with him. His character adds an interesting layer to the film because he knows all the dirty little secrets; it’s his job to keep the stars’ golden image. I wonder how well-known it was in places outside of Hollywood that stories in the papers and magazines were often planted by such press agents? How many people believed it all and took it all on face value? We are so much more aware of press and press agents and spin now than we ever were. 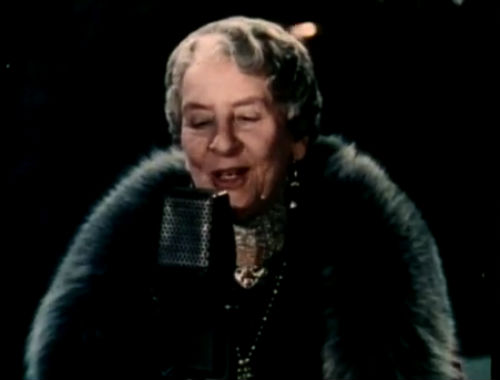 May Robson is an absolute delight as Esther’s grandmother Lettie. Back in North Dakota she was the only one who believed in her granddaughter’s talent and she was the one that helped her get to Hollywood and pursue her dream. Then when Esther is in need of not only a shoulder to cry on, but also someone willing to push her out of her depression at the end of the film, it is Grandmother Lettie to the rescue. Robson is such a great actress (see Dinner At Eight and her Oscar-nominated turn in Lady For A Day). 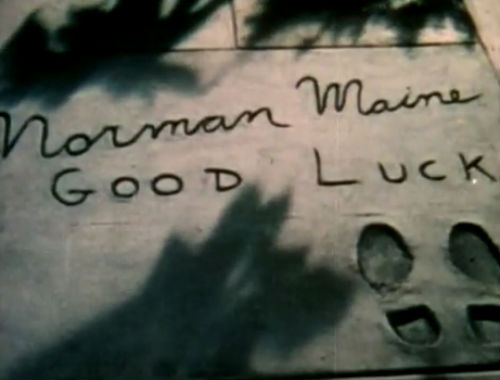 I love how the film incorporates Hollywood into itself. Here we see Norman Maine’s footprints at Grauman’s Chinese Theater. At this point the footprints had only been a thing for about 10 years (the first set were those of Sid Grauman himself, Mary Pickford and Douglas Fairbanks and they were taken in 1926). Earlier in the film they also have an Academy Awards ceremony and got permission from AMPAS to use actual Oscar statuettes. Just such great little touches. 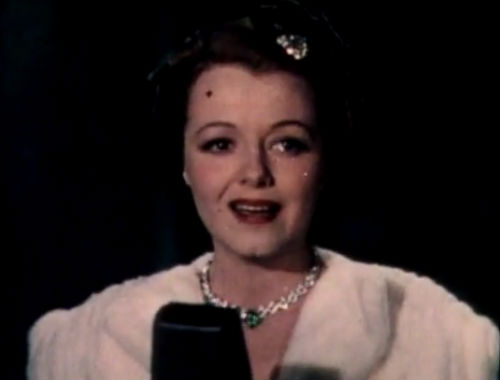 I think the ending of this film, with Esther doing a live radio-broadcast from Grauman’s Chinese theater announcing herself as Mrs. Norman Maine (after seeing his footprints) is a lot more touching than the 1954 version. They’re similar and Garland is wonderful, but there is just something about the look on Gaynor’s face and the intonation of her voice that just cannot be matched.

Then you have the final shot in the film, of the script and suddenly the film is self-conscious of itself being a film. Had a film ever done this before? I don’t actually know the answer to that, but I just find it fascinating. It’s like, “Look! Here’s a script! Everything is fake here in Hollywood, everything is planned from start to finish. In the story the studio invented Vicky Lester, but in real life we invented the story!”

Like I said earlier, the film is in the public domain. You can watch it here on YouTube. You can also purchase it here.

Posted on May 9, 2011, in Oscar Vault Monday and tagged 1937, A Star Is Born, Adolphe Menjou, Fredric March, Janet Gaynor, Lionel Stander, May Robson, William A. Wellman. Bookmark the permalink. 5 Comments.