So I had planned to take a little break from Oscar Vault Monday last December when I finally wrote my 83rd piece, then somehow that little break became an eight month break. I’m sorry it took me so long to get back in the swing of things. For those who don’t remember how Oscar Vault Monday works, basically I take a look at a film that was nominated for Best Picture, but did not win. If you go through the archives there are some really great articles on some of the best cinema there ever was. I am excited to finally start again. I decided to start at the beginning this time around. I want to note that in the first year of the Academy Awards, there were actually two categories for Best Picture: Best Production, which is what is the equivalent of what we have now and Best Unique and Artistic Production. The latter category only existed in that first year and the films nominated were King Vidor’s The Crowd,  Merian C. Cooper and Ernest B. Schoedsack’s Chang: A Drama of the Wilderness and winner F.W. Murnau’s Sunrise: A Song of Two Humans. I cannot recommend those three films enough. The films nominated in the category that is equivalent to what we have now were Seventh Heaven, Lewis Milestone’s The Racket and winner William A. Wellman’s Wings. Again, three films I cannot recommend highly enough. Seventh Heaven was also nominated for Best Actress Janet Gaynor (she won, and was also nominated for her work in Borzage’s Street Angel and Murnau’s Sunrise: A Song of Two Humans; this was the only year that performers could be nominated for multiple performances in the same category), Best Director, Drama Frank Borzage (he won; this is also a year where Best Director was split between Drama and Comedy, Lewis Milestone won Best Director, Comedy for Two Arabian Knights), Best Adapted Screenplay (won) and Best Art Direction. Beware, there are SOME SPOILERS, including the ending, after the cut.

When first saw this film it was right around Thanksgiving and I was alone in my apartment and out on my couch watching the film on my laptop and by the time the film ended I was such a mess of emotions and tears. I just sat on the couch for a good deal of time trying to process what I had just watched. I think this is one of those cases where just everything worked together so well – cast, script, direction, etc. – that the result is pure cinematic perfection. I know at least one person who isn’t that big of a fan of melodrama who was reduced to puddles by this movie. That’s a testament to its true and heartfelt drama and passion. The film was the 13th highest grossing silent film in cinema history. It made about $2.5 million at the box office in 1927. I’m not sure what the inflation would be now, but that is A LOT. Although it was selected for preservation in the United States National Film Registry by the Library of Congress as being “culturally, historically, or aesthetically significant,” I find in my conversations with fellow classic and silent cinema fans, it’s one of the lesser watched films from the silent era, which I think is a real shame. 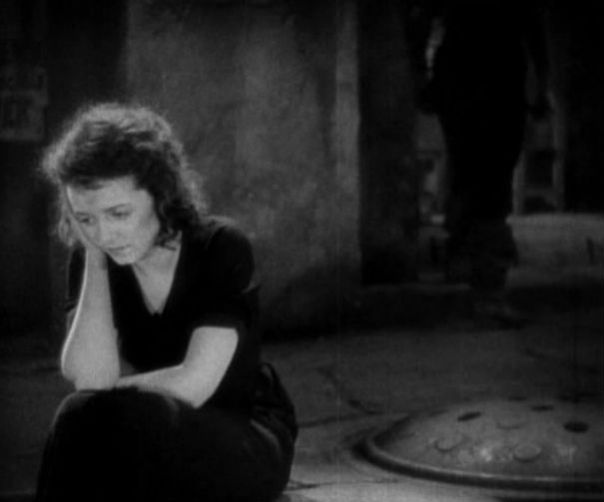 Janet Gaynor is possibly my favorite actress from the silent era. She says so much with just her eyes. I know that’s was how silent acting works, but I think, at least for me, Gaynor’s eyes were the most expressive of the silent actresses I’ve seen. Like I said earlier, she won Best Actress for her work in this film as well as Street Angel and Sunrise. I love her so much in all three of those films. Gaynor was also nominated for Best Actress for her work in 1937’s A Star Is Born. 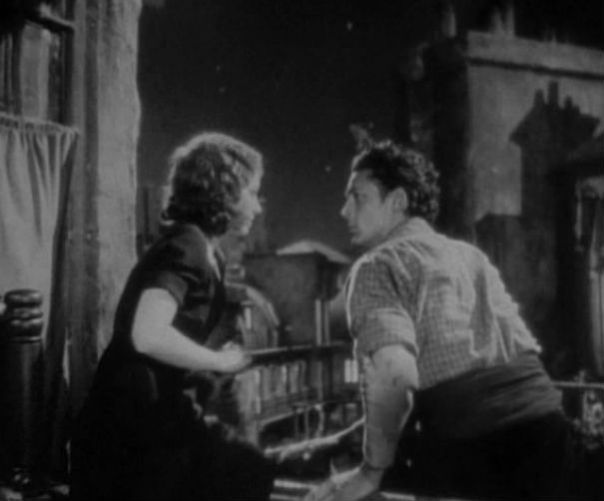 Her chemistry with leading man Charles Farrell (who never quite managed to snag an Oscar nomination), is quite something. The two also starred together in twelve films, including two other films directed by Borzage: Street Angel and Lucky Star. Another film of their’s I love is Sunnyside Up. While not the greatest of films, I recommend it if you are a fan of these two because, like I said earlier, their chemistry is just really something special. It’s also an interesting watch as it is one of the earliest sound musicals and features some great songs from Buddy DeSylva, Ray Henderson and Lew Brown. 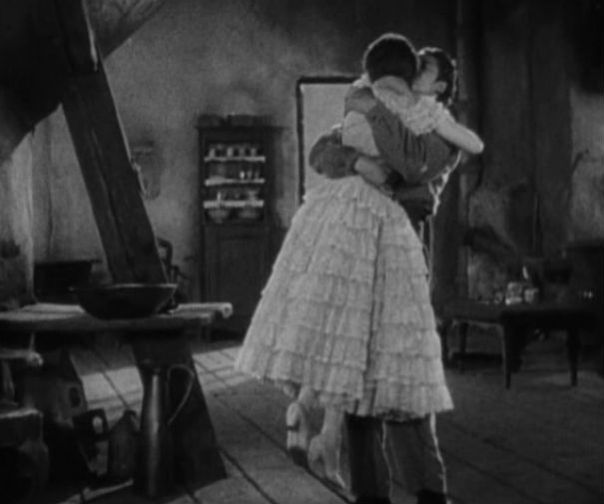 I mean, just look how cute they are here! I guess it’s time I give you a brief synopsis of the film. Farrell plays Chico, a sewer worker in 1910s Paris who dreams of becoming a street cleaner and prays every night for a blonde wife. Gaynor plays good-hearted Diane, whose sister has thrown her out in the street. She is about to be arrested when Chico intervenes, lies and says she is his wife. He takes her back to his place for the night – it is his view of the city the Diane exclaims looks just like heaven. Their relationship at first is not an easy one, but just as things start to look up for them as a couple Chico is sent to the front lines of World War I. While apart their new-found love and devotion for each other gets tested.

Like a lot of late-era silents, Borzage’s use of intertitles is sparse, yet succinct. Sometimes the intertitles themselves make you want the bawl as much as the actor’s performances.

I forgot to mention earlier, Borzage was nominated for Best Director in 1931 for Bad Girl, winning the award, although the film lost Best Picture to Grand Hotel (a film that is notorious for being nominated and winning just one Academy Award: Best Picture.) I really love some of the shots Borzage and cinematographer Ernest Palmer managed to capture in this film, but I particularly love the sequence towards the end of the film when Farrell’s Chico makes his way up a seemingly endless spiral staircase. Just look at that shot! Palmer went on to share the Best Color Cinematography Oscar in 1941 with Ray Rennahan for their work on Blood and Sand (a gorgeously shot, though deeply flawed film, featuring some hot, hot, hot moments between Rita Hayworth and Tyrone Power). 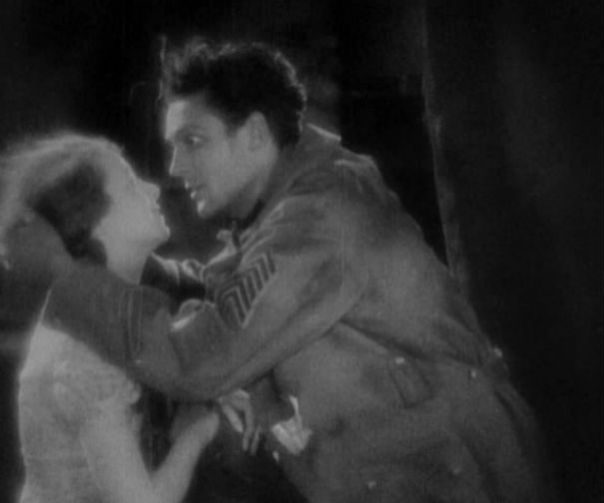 I love the end of this film. I love it. I love it so much. This screencap above is on one of my business cards because I love it so much. LOOK AT THAT PASSION. I think Seventh Heaven, like Wellman’s Wings, Murnau’s Sunrise, Pabst’s Pandora’s Box, Josef Von Sternberg’s The Docks of New York and Vidor’s The Crowd, were made at such a time in film’s history that there was this indescribable energy pulsing throughout the industry and these great artists managed to capture it on film and preserve it for us nearly ninety years later. This passion and artistry and technical skill is something I think will probably never be matched, at least not in the same way since the advent of sound. Which is perfectly okay; it’s different era now and almost a different art with the addition of sound and color and computer effects. I guess what I’m trying to say is, we shouldn’t try to recreate it. We should, instead, appreciate what we’ve got and continue to revisit these films in much the same way we continue to revisit the works of Vincent Van Gogh.In summation: go find this film immediately, grab some tissues and immerse yourself in some pure cinematic perfection.