January was a great month for me. As I said in my end-of-the-year post at the beginning of the month, I have decided to tackle world cinema (well, outside France, which I have done pretty well with). So far my concentrations have been on Italian cinema (I even learned Italian this month!), mostly watching late-50s-early-60s Italian cinema, though I did watch a few Italian silents as well. I have more than fallen in love with Marcello Mastroianni. I also covered Noir City X, the Film Noir Foundation‘s tenth annual film noir festival here in San Francisco. You can read my wrap-up post here at YAM Magazine. Don’t forget the Oscar nominations came out this month; you can hear my thoughts on those here at The Matinee. Lastly, yesterday Warner Bros. gave me the opportunity to interview Stephen Bogart, son of legends Humphrey Bogart and Lauren Bacall, over the phone. You can read that interview here. As always, a round up of all the new-to-me films I watched this last month is after the cut (I think I also rewatched about 18 films this month on top of all the new-to-me ones). So many great films. So many more to watch.

Once again I found it very hard to pick just five films to talk about because I saw so much great cinema in January. Pretty much every film listed above is worth your time. I know I say that a lot, but I mean it a lot. There’s a lot of great cinema made each and every year and it breaks my heart that even with how much I watch, I’ll never watch it all.

This is just such a beautiful film from start to finish and an extremely personal one, too, for writer, director, editor and cameraman Charles Burnett. The filmmaker made it as his MFA thesis project and after a handful of successful showings at film festivals in the late-70s, the film never found its way to American cinemas. This was partly due to music rights issues – Burnett wanted to tell a little of the history of African-American music, filling the film with one of the greatest soundtracks in history. Luckily for us, Steven Soderbergh was able to not only restore the film, but secure the music rights and it  finally had a theatrical run in 2007 – thirty years after it was originally completed. The film now screens often on Turner Classic Movies and also saw a DVD release. I highly encourage you to seek out this beautiful film. 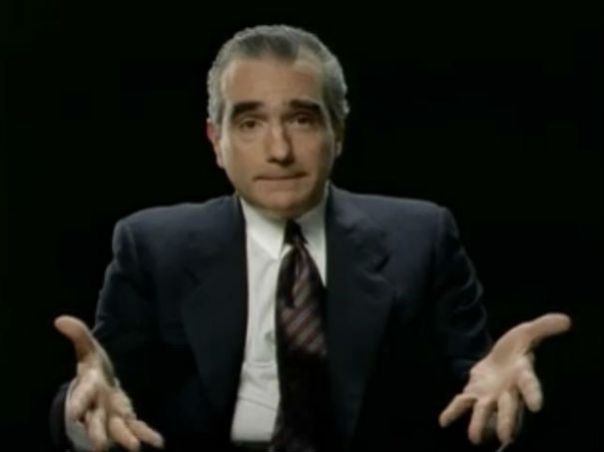 Martin Scorsese and Peter Bogdanovich are my favorite film nerds. This wonderful documentary is more like a big long conversation with Marty as he talks about all the films he loved growing up and how they influenced him as an artist. I especially like the part where he explains why it’s still important for him – and young filmmakers and students – to watch classic films. I cannot agree more; there’s always so much left to watch and so much more to learn. I also loved that while watching the film (which is in three parts), I had seen a great deal of the films he mentioned. You can see the one’s I’ve yet to see here. The film had been streaming on Instant Netflix, but it appears to be gone again. Keep checking, though, maybe it’ll come back.

Like I said, I’ve been watching a lot of Italian cinema recently. I pretty much love everything I’ve seen, but this Fellini film featuring his wife and muse Giulietta Masina, is one of the greatest films I’ve ever seen. Masina is one of the greatest actresses to ever grace the silver screen; she is incomparable. I’d be hard-pressed to choose between this film an La strada, but I will say the ending of this film is just timeless.

I honestly cannot believe I hadn’t seen this before. It’s Miriam Hopkins, Gary Cooper and Fredric March in a pre-code Lubitsch film about a woman basically getting it on with an artist and a writer – at the same time. How had I not seen this?! It also features the greatest of 1930s character actors: Edward Everett Horton. Criterion recently released a beautiful Blu-ray transfer of this racy film, so give it a watch asap.

I saw so much great noir (both new-to-me and old favorites; I saw Laura twice!), so picking just one to write about proved to be a bit difficult. However, I decided to write about this film because Lee Marvin is just the ultimate of silver screen badasses. He’s so stoic and determined in this film, it’s amazing. Also, watching this film I realized I’d seen several films that were highly influenced by this, most notable Jim Jarmusch’s latest, 2009’s deeply underrated The Limits of Control. This is definitely a must-see film for pretty much everyone.

Basically, January was one hell of a month. Here’s hoping February will be just as awesome. It’s already looking to be pretty great; today I’m going to see Midnight In Paris (which I already own on DVD) at the Castro paired with 1988’s little-seen The Moderns (which will be new-to-me). Actually, the Castro Theatre has a pretty fucking great schedule set up for this month, so I know where most of my money will be going this month. I hope y’all had a great January in films as well!