It’s Friday, so it’s time for another edition of Female Filmmaker Friday. Next week I might not post one because of TCMFF, but I think you guys can handle that. This week I’m going to talk about one of my all-time favorite films. There’s a lot to say about Bridget Jones’s Diary and I’m definitely not going to hit all the points; instead I’m just going to write about the aspects and scenes that have stuck with me over the years. I’ve seen this film a million times since it came out in theaters (it was one of the very first DVDs I ever owned) and I’ve also read the book(s). As much as I enjoyed them, this film is my favorite interpretation of the iconic Ms. Jones.

END_OF_DOCUMENT_TOKEN_TO_BE_REPLACED 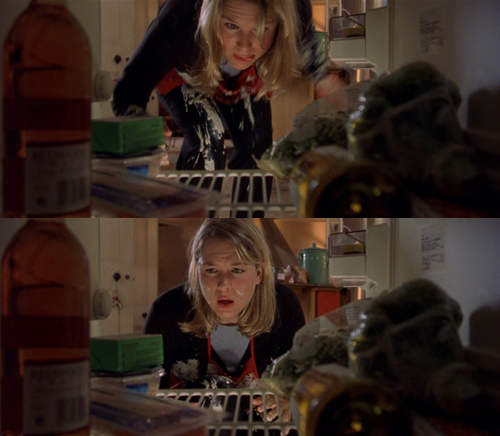 Bridget: Where the fuck’s the fucking tuna? [beat] This is Bridget Jones, for Sit Up Britain, searching for tuna.