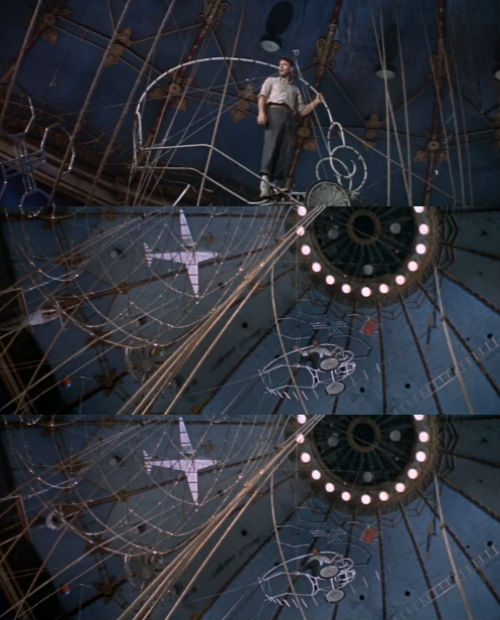 Tino Orsini: You know, I always modeled my style after yours.
Mike Ribble: You’ll always be a second-rater. Make your own style! 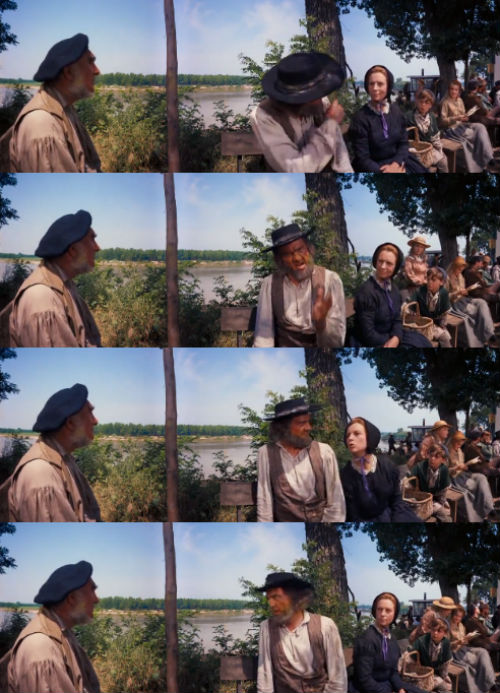 Parson Alec Harvey: The laddie’s health the reason you’re heading west?
Zebulon Prescott: Partly, only partly. Mostly our trouble east was rocks. I had me a farm where some years I’d raise a hundred bushels of rocks to the acre.
Rebecca Prescott: Now, Zebulon, you hadn’t oughta lie to the man like that.
Zebulon Prescott: Wife, I’m a god fearin soul and I tell the truth as I see it. Now I never used a plow, I’d blast out the furrows with gunpowder. And then one morning, I hauled the bucket up from out of the well and so help me the bucket was full of rocks. Rocks! I just stood there, right still, tryin’ not to blaspheme, and I said to myself, “You’ve got a son that’s ailin, you’ve got a twenty year old daughter what won’t take to herself a husband, there she sits over there, moonin as usual, and you’ve got another daughter who just don’t seem quite right in the head”. Lilith! Now, I remind you sir, I’m still standin’ there, holding a bucket full of rocks, and starin into a bleak old age. So I made me a vow right then and there, I said, “If I can find a man with five hundred dollars, who likes rocks, then there’s going to be another fool ownin this farm. Well sir, the Lord provided such a man, and here I am.
Rebecca Prescott: He ain’t told you one word of truth, Mr.Harvey. We had the best farm in the township.
Zebulon Prescott: Yeah, Rockville Township it was. Stone County.

Max Cady: Every man carries a circle of hell around his head like a halo. Your daddy too. Every man. . .every man. . .has to go through hell to reach his paradise. You know what paradise is?
Danielle Bowden: No.
Max Cady: Salvation.