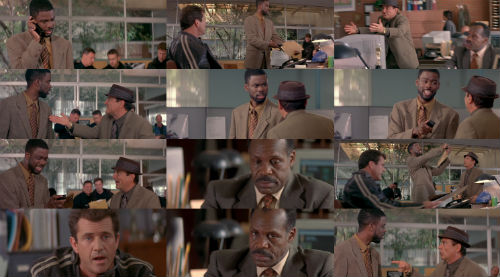 Detective Lee Butters: [Phone rings] Hello? Hello? [No one’s there] Shit! Fucking phones, man! You get a call, they cut you off. You make a call, they cut you off! What’s the point?
Leo Getz: Don’t you know what they’re doing, kid? They fuck you with cell phones. That’s what it is. They love when you get cut off. You know why? Huh? You know why? Because when you call back – which they know you’re gonna do – they charge you for that fucking first minute again at that high rate.
Detective Lee Butters: If you’re lucky enough to be able to call back because the 3-hour battery you got only lasts 20 fucking minutes.
Leo Getz: Or what if you’re behind a fucking hill and it’s going  [makes crackle sounds].
Detective Lee Butters: Or you’re going through a damn tunnel or some shit, man. And they keep making it smaller! You know why they make them this small? So you can lose it. Why? So you buy more phones. I never lost my mother’s phone! Take you two hours to make a long-distance call. Duh-duh-duh four, duh-duh-duh five. Duh-duh-duh-oh! I messed up! Hang up. Gotta do it again! Duh-duh-duh four, duh-duh-duh five. I never lost my Sports Illustrated swimsuit phone.
Leo Getz: And scanners! These idiots, they get your number and call all over the world!
Detective Lee Butters: Somebody took my number and called Afghanistan! Afghanistan! I’ve never been to Afghanistan! I don’t know nobody in Afghanistan! I don’t know what fucking Afghanistan look like. And even if I did, I would not talk to their Afghan ass for 3 hours! I won’t talk to my daddy for 3 hours!
Leo Getz: They fuck you, they fuck you, they fuck you with the cell phones! Hey, you know when you go to a drive-through? [phone rings] Hold on.
Detective Lee Butters: Why am I talking. . .?

This was one of those movies that I’d always meant to watch and just never had. I finally watched it for the first time a few weeks ago and I was completely blown away. It’s no wonder it was added to the National Film Registry the first year it was eligible. It’s just so eloquently simple and yet about this completely horrid person. Perhaps the real Jake La Motta found some redemption with the people in his life, but in this film he finds it only within himself. I think this is Scorsese’s best film. I know I said that about Goodfellas a few months ago; but I hadn’t seen this film then. Raging Bull was nominated for eight Academy Awards, winning two: Best Sound, Best Cinematography, Best Editing (won), Best Supporting Actress – Cathy Moriarty, Best Supporting Actor – Joe Pesci, Best Actor – Robert De Niro (won), Best Director and Best Picture. It was up again Coal Miner’s Daughter, The Elephant Man, Tess and winner Ordinary People.

END_OF_DOCUMENT_TOKEN_TO_BE_REPLACED 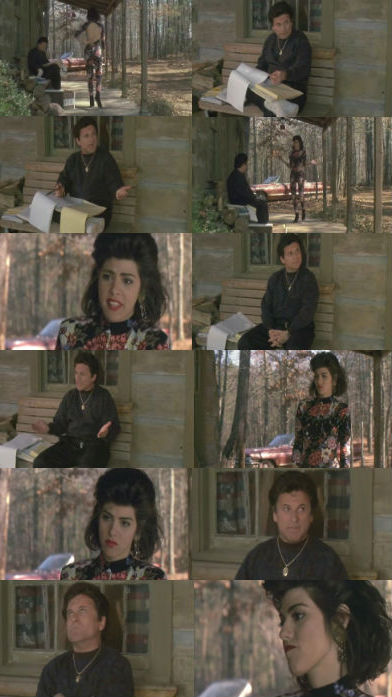 Vinny Gambini: What’s the matter with you?
Mona Lisa Vito: I don’t know.
Vinny Gambini: You’re acting like you’re nervous or something.
Mona Lisa Vito: Well, yeah. I am.
Vinny Gambini: What are you nervous about? I’m the one that’s under the gun here. Trial starts tomorrow.
Mona Lisa Vito: You wanna know what I’m nervous about? I’ll tell you what I’m nervous about! I am in the dark here with all this legal crap. I have no idea what’s going on. All I know is that you’re screwing up and I can’t help.
Vinny Gambini: You left me a little camera, didn’t you?
Mona Lisa Vito: Oh, Vinny! I’m watching you go down in flames, and you’re bringing me with you and I can’t do anything about it!
Vinny Gambini: And?
Mona Lisa Vito: Well I hate to bring it up because I know you’ve got enough pressure on you already. But, we agreed to get married as soon as you won your first case. Meanwhile, TEN YEARS LATER, my niece, the daughter of my sister is getting married. My biological clock is [taps her foot] TICKING LIKE THIS and the way this case is going, I ain’t never getting married.
Vinny Gambini: Lisa, I don’t need this. I swear to God, I do not need this right now, okay? I’ve got a judge that’s just aching to throw me in jail. An idiot who wants to fight me for two hundred dollars. Slaughtered pigs. Giant loud whistles. I ain’t slept in five days. I got no money, a dress code problem, AND a little murder case which, in the balance, holds the lives of two innocent kids. Not to mention your  [taps his foot]  BIOLOGICAL CLOCK – my career, your life, our marriage, and let me see, what else can we pile on? Is there any more SHIT we can pile on to the top of the outcome of this case? Is it possible?
Mona Lisa Vito: [beat] Maybe it was a bad time to bring it up.

Originally when I was going to write about 1990, I was going to write about Ghost because I really love that film and it always fascinates me that it was nominated for Best Picture. Then I watched Goodfellas and discovered that Ray Liotta was NOT nominated for his stellar performance in it and there was just no way I couldn’t write about how wrong that I think that is. I haven’t seen a lot of Scorsese’s films, but I’ve seen a good deal, and this is my favorite of those I’ve seen. I also think it’s his finest film, I say this having not seen Raging Bull and I know that that film is often heralded as his best. Goodfellas was nominated for six Academy Awards, but only won one: Best Film Editing, Best Adapted Screenplay, Best Supporting Actress Lorraine Bracco, Best Supporting Actor Joe Pesci (won), Best Director and Best Picture. It was up against Awakenings, Ghost, The Godfather: Part III and winner Dances With Wolves. I’ve yet to see Awakenings, but of the other four, and despite my undying love for Ghost, I’d definitely say Goodfellas is the best film of the group. 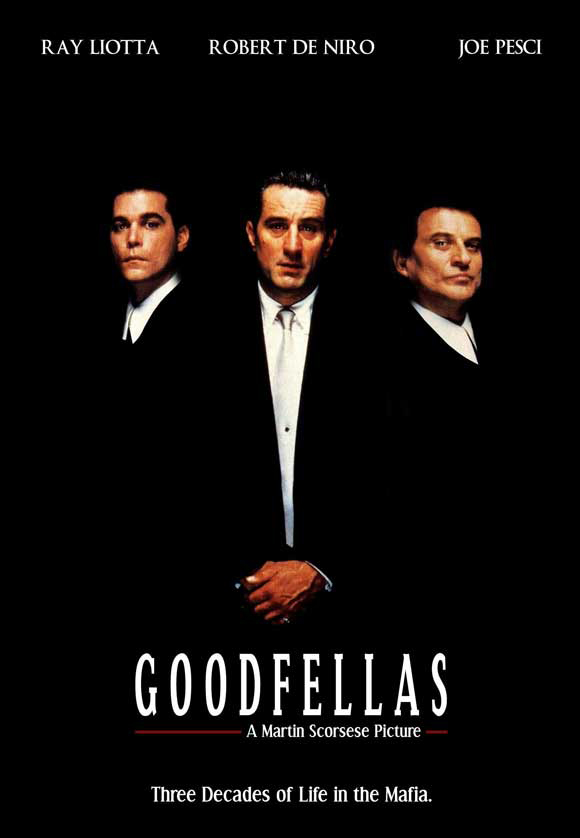