This is one of my favorite classic films. It’s a masterful adaptation of Tennessee Williams’ play of the same name. Like many a Williams play, it is hot and steamy and filled with tension. Richard Brooks is such an amazing director and he hits every note of the film perfectly. Somehow this masterpiece lost the Best Picture award to the overblown, boring musical adaptation Gigi. I watched Gigi recently I was aghast that it had won nine Oscars. I thought it was absolutely one of the most boring, overwrought films I’d ever seen. Then to add insult to injury I discovered it beat Cat On A Hot Tin Roof. This is definitely a case of pomp winning over substance. Cat On A Hot Tin Roof was nominated for six Academy Awards, but didn’t win a single one: Best Actor – Paul Newman, Best Actress Elizabeth Taylor, Best Color Cinematography, Best Adapted Screenplay, Best Director – Richard Brooks and Best Picture. Aside from the two acting categories, it lost all the awards to Gigi. The other nominees for Best Picture that year were Auntie Mame, Separate Table and The Defiant Ones. 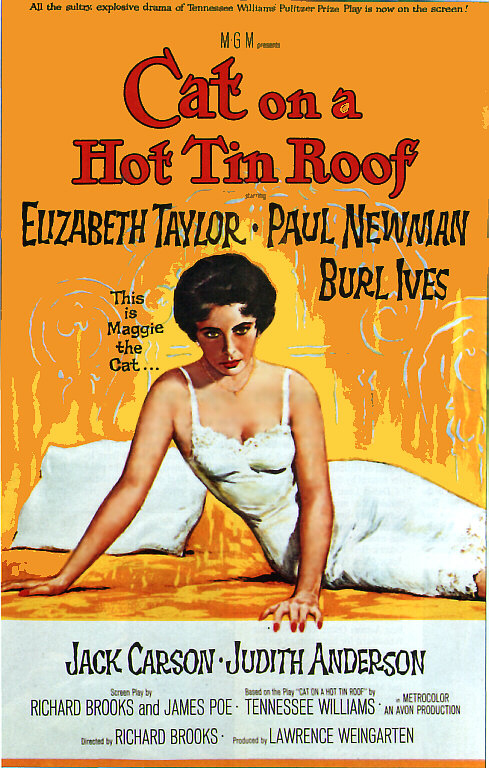 Richard Brooks is one of my favorite classic directors. He was nominated for  eight Academy Awards throughout his career – three times as Best Director and five times for his work as a writer. He only won once, for his screenplay to the 1960 film Elmer Gantry. Of the various films he either wrote or directed, eleven performances were nominated for an Academy Award, with four performers winning. Cat On A Hot Tin Roof, sadly falls under the “nominated only” category. 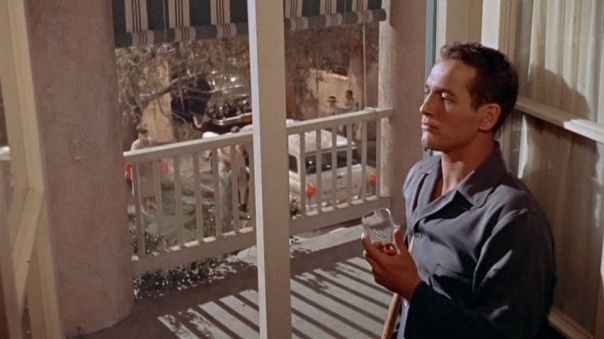 After watching many a Paul Newman film this weekend (thank you oh so much TCM for your Summer Under The Stars marathons) I’ve noticed that with just about every one of Newman’s performances he’s like a slow-burning fire; the fire is always there, sometimes just creeping, and at other time raging at full force. His performance as Brick is the perfect example of this. This was Newman’s first of ten Oscar nominations – nine in the lead category, one as supporting. He lost to David Niven in Separate Tables. In fact, Newman didn’t win a competitive Oscar until 1987 for The Color Of Money – a year after having been awarded an Honorary Oscar for his body of work. He would go on to be nominated two more times before dying of cancer in 2008. If I had to pick out essential Newman films, and boy would that be hard, this film would most definitely make the cut.

Elizabeth Taylor is absolutely perfectly cast as Maggie the Cat. She is insanely sultry in this film. When I think of Elizabeth Taylor, it is her performance as Maggie in this film that first springs to mind. She received her second Academy Award nomination for this film, in a string of four nominations in as many years. She lost to Susan Hayward in I Want To Live! She was nominated for five altogether – winning twice. Taylor is undoubtedly one of the most recognizable stars of the golden age of Hollywood and her performance as Maggie is one of the most iconic in film history.

As strong as their performances are separately, when Newman and Taylor are on the screen together they are positively electric. Although there is friction between the two characters they play, the two have such amazing on-screen chemistry. These two are some of old Hollywood’s greatest stars and this film showcases their talent exquisitely. 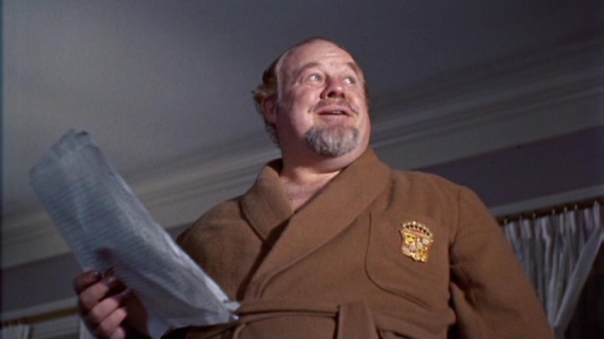