Will Varner: I was young myself once. I used to hide in the greenery and hoot and bellow.
Clara: I’ll bet you did. I’ll bet you stayed longest and yelled loudest.
Will Varner: Your mama listened.

Rachel, Rachel was Paul Newman’s directorial debut, which he also produced, from a novel published two years earlier. The film comes alone right after 1967 – the year cinema changed forever – as well as right in the midst of the sexual revolution. It’s a film that could never have been made under the production code, one that touches on so many taboos, that at the time were rarely discussed in the home, let alone on the big screen. I first saw it on Paul Newman day during TCM’s Summer Under the Stars in 2010.  My mother and I watched it together and we were blown away with how moving it was. The film was nominated for four Academy Awards, though it didn’t win any: Best Adapted Screenplay, Best Supporting Actress Estelle Parsons, Best Actress Joanne Woodward and Best Picture. Though Newman as producer received a nomination, he was not nominated for Best Director – this was a year where two of the Best Director nominee were not for Best Picture nominees: Stanley Kubrick for 2001: A Space Odyssey and Gillo Pontecorvo for The Battle of Algiers. The other films up for Best Picture that year were Funny Girl, The Lion in Winter, Romeo and Juliet and winner Oliver! William Wyler also did not receive a Best Director nomination for his work on Funny Girl, though he still holds the record for most nominations, with a whopping twelve. There be many SPOILERS after the cut.

END_OF_DOCUMENT_TOKEN_TO_BE_REPLACED

Ram Bowen: Is your friend as pretty as you are?
Connie Lampson: Yes. She’s a white girl.
Ram Bowen: Might be hard to find. All these white girls look alike.

Believe it or not, the Irwin Allen produced The Towering Inferno was not only nominated for eight Academy Awards, it won three of them. This star-studded ensemble disaster flick was not the first of its kind, but it is definitely one of the best. I remember when I first watched it, I was dubious of its merit and wondered about its Oscar pedigree, but in the end, I was sucked in by it and entertained from start to finish. If you look at a lot of the other Oscar nominated films from 1974 – and the 70s in general – The Towering Inferno is like a breath of fresh air made of pure entertainment. I hate the notion that Oscar nominated films need to be serious or arty or what have you. This is cinema in all its glory. The Towering Inferno’s Oscar nominations were as follows: Best Sound, Best Art Direction, Best Cinematography (won), Best Film Editing (won), Best Original Song (won), Best Original Dramatic Score, Best Supporting Actor Fred Astaire and Best Picture. The other films nominated for Best Picture that year were Chinatown, The Conversation, Lenny and winner The Godfather Part II.

END_OF_DOCUMENT_TOKEN_TO_BE_REPLACED 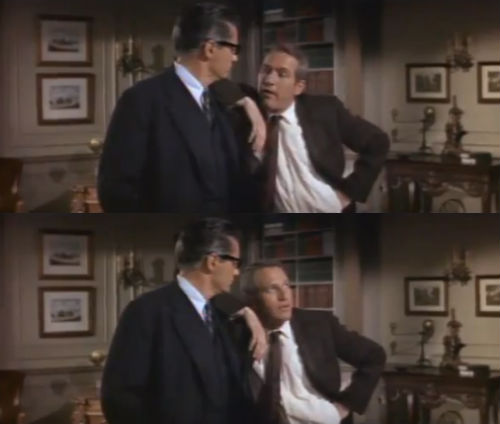 Lew Harper: The bottom is loaded with nice people, Albert. Only cream and bastards rise. 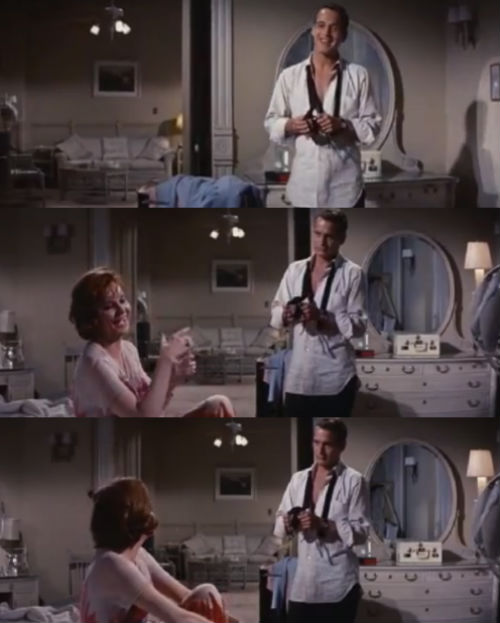 Chance Wayne: I like you. You are a nice monster.
Alexandra Del Lago: [laughs] I was born a monster. And you?

Doug Roberts: I thought we were building something where people could work and live and be SAFE! If you had to cut costs, why didn’t you cut floors instead of corners?
James Duncan: Now listen. Any decisions that were made for the use of alternate building materials were made because I as a builder have a right to make those decisions. If I remained within the building code and god-dammit I did!
Doug Roberts: [Chuckling] Building code? Jesus. Building code. Come on, Dunc, I mean now that’s a standard cop-out for when you’re in trouble. See, I was crawling around up there. I mean duct holes weren’t fire-stopped! Corridors without fire doors in them, sprinklers that won’t work, and an electrical system that’s good for what? I mean it’s good for starting fires! Phew, where was I when all this was going on? Because I’m just as guilty as you and that god-damned son-in-law of yours! What do they call it when you kill people?

This was one of the first films I remember seeing as a child as well as one of the first I remember seeing multiple times. It was a favorite of both of my parents (and presumably still is). It’s also one of the most beloved films of all time. Currently it ranks #152 on the IMDb’s user rating generated Top 250. Butch Cassidy and the Sundance Kid is on several of the American Film Institute’s lists: 100 Years… 100 Movies – #50, 100 Years… 100 Movies (10th Anniversary Edition) – #73, 100 Years… 100 Thrills – #54100 Years… 100 Heroes and Villains: Butch Cassidy And The Sundance Kid – #20 Heroes and the 10 Top 10 – #7 Western Film. In 2003  the film was selected for preservation in the United States National Film Registry by the Library of Congress. It was nominated for seven Academy Awards, winning four: Best Sound, Best Cinematography (won), Best Score (won), Best Song (won), Best Original Screenplay (won), Best Director and Best Picture. Surprisingly neither Paul Newman nor Robert Redford were nominated for Best Actor. The winner in 1969, Midnight Cowboy, was also nominated for seven Academy Awards, and actually won less awards than Butch Cassidy; it won Adapted Screenplay, Director and Picture (both its leads were nominated, but lost Best Actor to John Wayne in True Grit). The other films nominated that year were Anne of the Thousand Days, Hello, Dolly! and Z (which won film editing – often an award that aligns with Best Picture, and Best Foreign Language Film).