Marian Martin: You don’t own me. Nobody does. My life belongs to me.
Al Manning: You’ll make one fine mess of it.
Marian Martin: It’ll still belong to me.
Marian’s mother: Don’t, Marian, you frighten me when you talk like that.
Marian Martin: If I were a man it wouldn’t frighten you! You’d think it was right for me to go out and get anything I could out of life, and use anything I had to get it. Why should men be so different? All they’ve got are their brains and they’re not afraid to use them. Well neither am I!

At this point y’all should be pretty well-versed in Pre-Code Hollywood and all its glory. The Warner Archive is at it again, releasing Vol. 7 of the ever-popular Forbidden Hollywood series. This set features film that, while not the “best” films of the era, feature some of the most salacious scenarios that Hollywood had to offer at the time. These are the kind of morally “loose” films that caused the Catholic church to call the industry indecent. They’re also more sexually charged than most current Hollywood films. The films included in this set are: William A. Wellman’s The Hatchet Man, Edgar Selwyn’s Skyscraper Souls, Roy Del Ruth’s Employees’ Entrance and Robert Florey’s Ex-Lady. 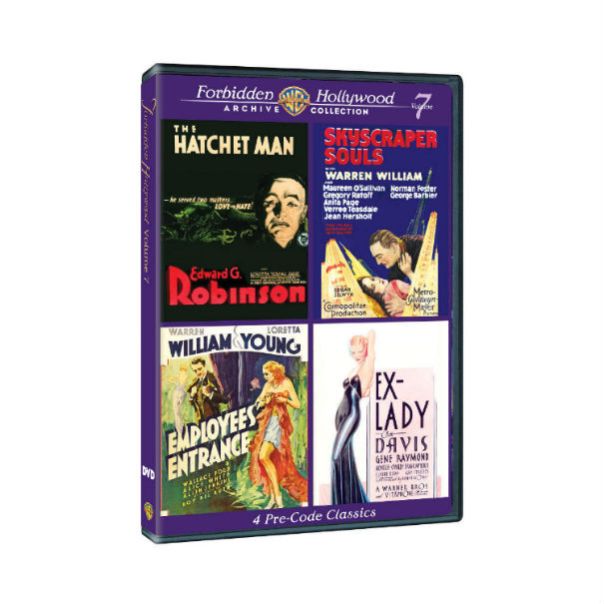