I absolutely adore this film. Since it was recently added to the National Film Registry by the Library of Congress, I thought it would be a great time to explore this film. It’s one that is often overlooked and I think there’s some irrational anger aimed at it because of Judy Holliday’s win over both Gloria Swanson in Sunset Blvd. and Bette Davis in All About Eve. But I think that is a load of baloney. This is a great film and while Holliday’s performance may not have reached the iconic status of those other two performances, it is most definitely a deserved win. Billie Dawn is a remarkable character and Holliday plays her to perfection. The film was nominated for five Academy Awards, winning one: Best B&W Costume Design, Best Screenplay, Best Actress Judy Holliday (won), Best Director and Best Picture. The other films nominated for Best Picture that year were Father of the Bride, King Solomon’s Mines, Sunset Blvd. and winner All About Eve.

END_OF_DOCUMENT_TOKEN_TO_BE_REPLACED 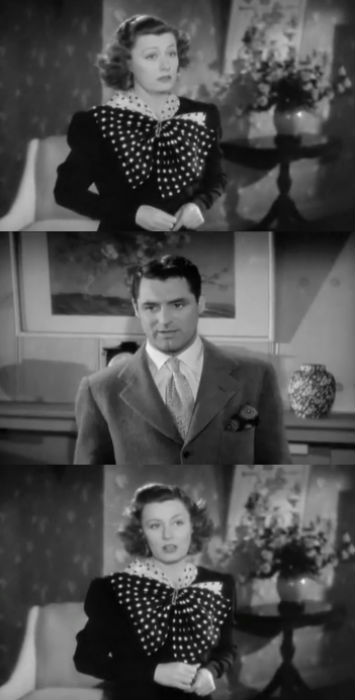 Billie Dawn: All that stuff I’ve been studying, what Paul’s been telling me. It just mixed me up. But when you hit me before it was like everything knocked itself together in my head and made sense. All of the sudden  I realized what it means. How some people are always giving and some taking; and it’s not fair. So I’m not gonna let you anymore. [beat] Or anybody else.